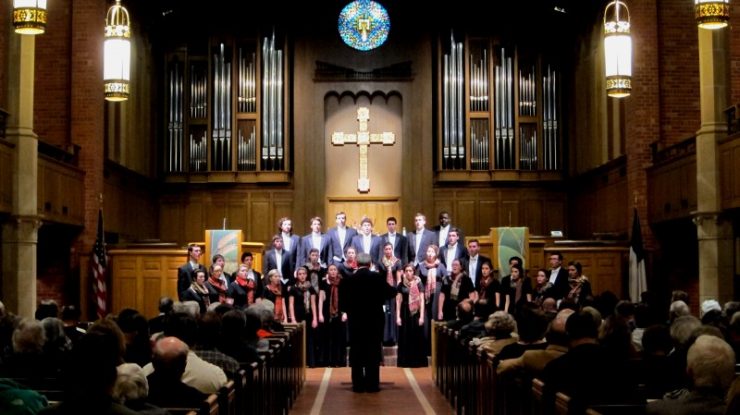 Deep in the Heart

For the second year in a row, the Chapman University Singers tour Texas during winter Interterm, sharing their extraordinary talents and stoking the fires of new friendships. Like a timeless hymn, thememories linger. 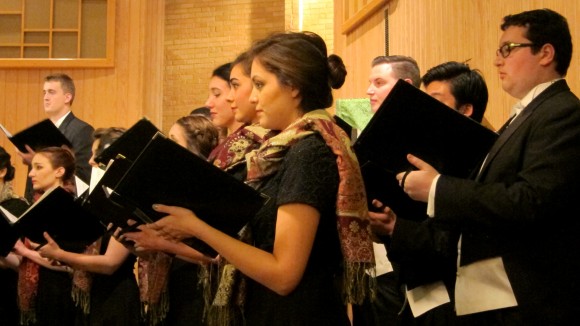 Choir tours are really moments of intense exposure sandwiched between hours of rehearsals and road time. Luggage is loaded and unloaded. Music is shuffled and changed. Rooms are assigned and filled. Meals are ordered and eaten. But there is always one constant: the count-off.

Kyla McCarrel ’15 is the choir president, and it’s her voice that becomes the most familiar, telling us what will happen and when, where to meet and what to wear. Every time we board the bus, she grabs the mic and begins. “OK,” she says, waiting for the chatter to still, “let’s count off.”

Voices bounce, from soprano to baritone, alto to bass, back to front, murmur to bombast.

“One. Two. Three. Four. Five.” Sometimes the numbers tumble after each other as quickly as wind-driven leaves. Other times the count pauses and a number is repeated again and again, bounding like a verbal drum beat, until the next person in line chimes in with “Oh! Twenty-one! Sorry!” Sometimes the numbers are sung with operatic drama. One number often comes with a Russian accent. Kyla waits patiently through the cavalcade until it reaches the finale: “Thirty. Thirty-one. Thirty-two. Thirty-three.”

“We’re all here,” she tells the bus driver, and we’re off to the next destination.

In every city, at every performance, audiences gather to be entertained. Their responses are consistently enthusiastic and appreciative, with warm applause usually following each number. But there are variations on that theme. 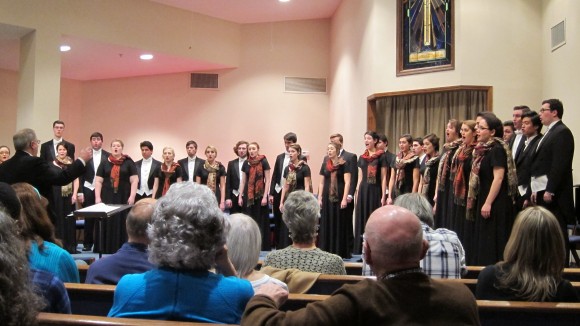 A song with the energy and dynamics of
I Can Tell the World
, for example, allows the Singers to generate a volume that imbues a performance hall as wind fills a sail. When the piece reaches its climax and the music cascades from the rafters, the audience is ecstatic. There are gasps and ahhs. Sometimes a shout of acclamation. Faces seem infused with joy, drawing energy from the music, and the applause is thunderous and prolonged, begging for more.

A different reaction follows
Shall We Gather at the River
, a familiar hymn given new beauty in this arrangement by choir director Stephen Coker, D.M. The verses are carried by
male and female soloists, supported by the full choir on the choruses, but the performance is made memorable by the addition of American Sign Language. Ultimately, it is the words not sung, the sound not made, the sudden and utter silence the choir creates as they sign the final chorus that freezes the audience in place. And when the Singers then repeat the chorus in full voice, creating music in perfect harmony and perfect pitch, tears flow freely from many of the listeners. Then this happens: The choir finishes singing, and there is a long fermata of silence, as if the audience is holding its breath, aching for the moment of perfection to continue unbroken. Does one applaud a prayer? But eventually someone claps and it’s as if a dam has broken. The applause becomes a torrent, a cacophony of approbation and respect. 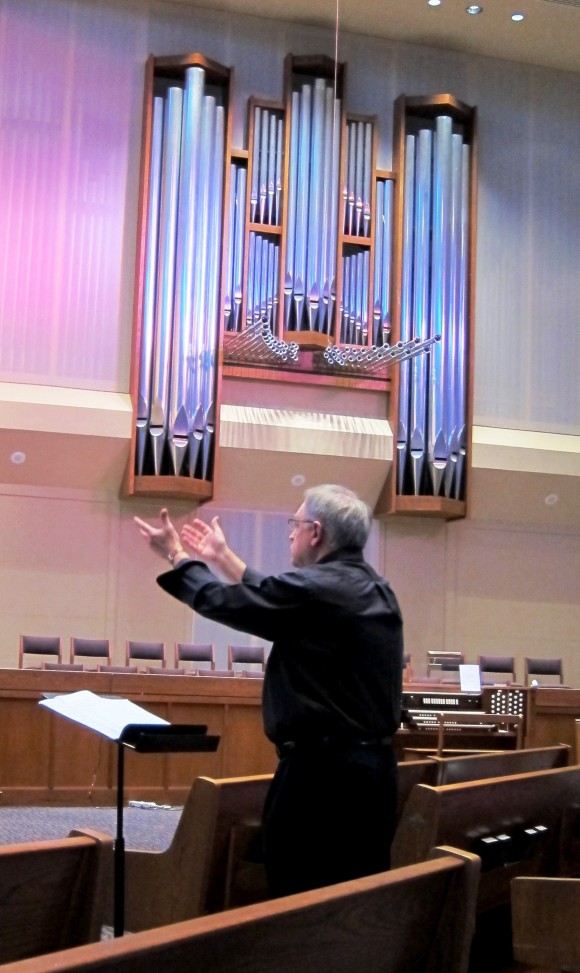 There are also moments when the energy slows and the volume spins slowly down to whispers and murmurs. There is a space between rehearsals and concerts when the choir members drift away to find quiet nooks, or simply claim a pew or stretch out in the aisle. Some are instantly asleep; others scan through posts on ever-present phones or review music porfolios one more time, their lips moving soundlessly, heads barely nodding, hands or feet softly tapping an unheard rhythm. It is a rare chance for rest, a gathering of strength before the performance.

I blame Daniel Emmett ’15. “Let’s go to Dick’s Eats,” he announces, and like sheep we follow him through the streets of San Antonio to the anointed restaurant. I know it isn’t a Zagat’s five-star pick when I see other patrons wearing hastily constructed butcher-paper dunce hats, scrawled by the wait staff with bawdy jibes at the wearer. Other clues are quick to surface: Water comes in a brimming metal mixing bowl and a handful of plastic cups dumped on the table. Menus are tossed down with an order to “pass ‘em along.” A handful of crayons appear with instructions to label our place mats for ordering purposes. Dunce hats arrive about the same time as our food, and laughter erupts as friends read what the wearer cannot see. 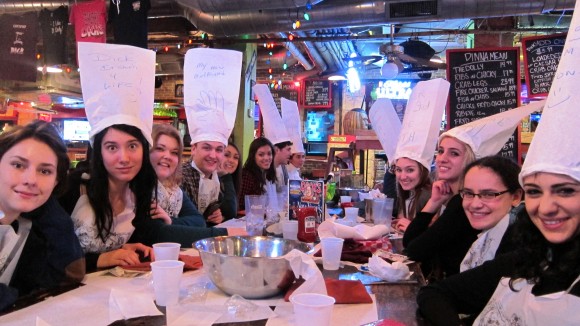 By the third night, I just watch the audience members. Old and young, alone or in groups, they filter in before each concert and take their seats. They are supportive but uncertain.
For most, it’s their first exposure to Chapman. An hour later, they are loath to leave.

I stand at the edge and eavesdrop as audience members greet the Singers. “I couldn’t stop smiling,” one boy says. “I got a smile on my face and just couldn’t stop.” Other young people, especially at the high schools, swarm the Singers and ask for information or beg for a selfie. Adults at the concerts speak in superlatives: Beautiful. Magnificent. Stunning. Amazing. Wonderful. Outstanding. Inspiring.

But here is the thing I notice: The Singers change people. There is a joy at the end of concerts that wasn’t there at the beginning. There is a contagious energy and a glowing satisfaction and a nagging hunger to experience other equally beautiful things. That’s a good start toward changing the world.