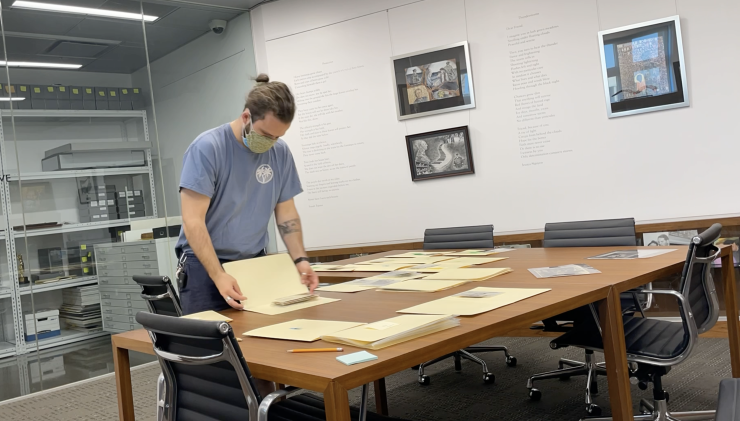 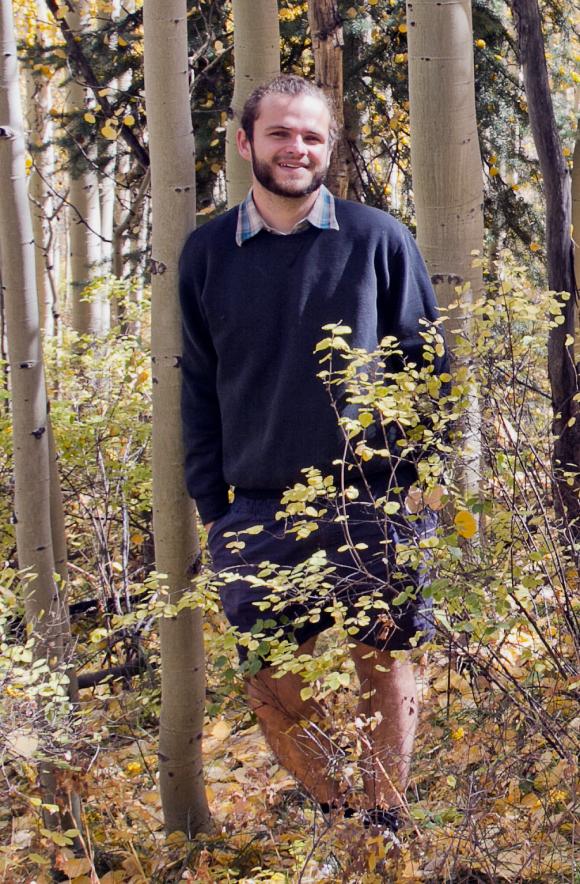 Hailing from the mountains of Colorado, where his parents own a rum distillery, Will Hoskin ’22 came to Chapman for the weather. That, and the opportunity to engage with Southern California’s vibrant film and television industry, as a student of animation and visual effects at Dodge College of Film and Media Arts.

“We had a class this semester with John Musker as a guest lecturer. He directed ‘The Little Mermaid’ and ‘Moana,’ among others, and a couple of the animation students got to do a mentorship with him,” he says, pinpointing a highlight of his final year.

The impact of computer technology on animation is significant enough that Hoskin was considering a minor in computer science. But a Holocaust history course with Marilyn Harran, director of Chapman’s Samueli Holocaust Memorial Library, led to a twist in his plans.

While computer science might have been the “smart” career choice, following his interest in history allowed Hoskins to flex his animation skills in an unexpected way.

For the last year, Hoskin has served as the inaugural Oskar Schindler Archivist Intern. The Oskar Schindler Archive, donated to the Samueli Holocaust Memorial Library by historian David M. Crowe in 2016, includes interview transcripts, the author’s extensive notes, and copies, including translations, of archival documents gathered during Crowe’s many years of research on the lives of the Schindlers and those they rescued.

Hoskin’s work focused on the Szneer Collection, a collection of photos recently donated by a family member of Holocaust survivors. It turns out, archival work is not that much different than animation, which requires a tremendous amount of organization and attention to detail.

“I worked from start to finish on the collection. Processing it, putting it in the computer, researching the survivors,” he says.

Then, he took it a step further, using his experience in animation to produce a documentary-style short film.

“The animation project is basically telling their story, using the photographs, and then filling in the gaps with different artwork and animation and whatnot,” he says.

Though he plans to take the summer off before diving into the job market, he thinks he wants to focus on creating the environments that animated films take place in.

“I’ve made two films in the animation program, and I’ve used game engines to create both of them. So I took a couple of game development classes which helped me with that. Using sort of real time technology is just a little bit of a more efficient way of making films, so that there’s more time for creativity.”