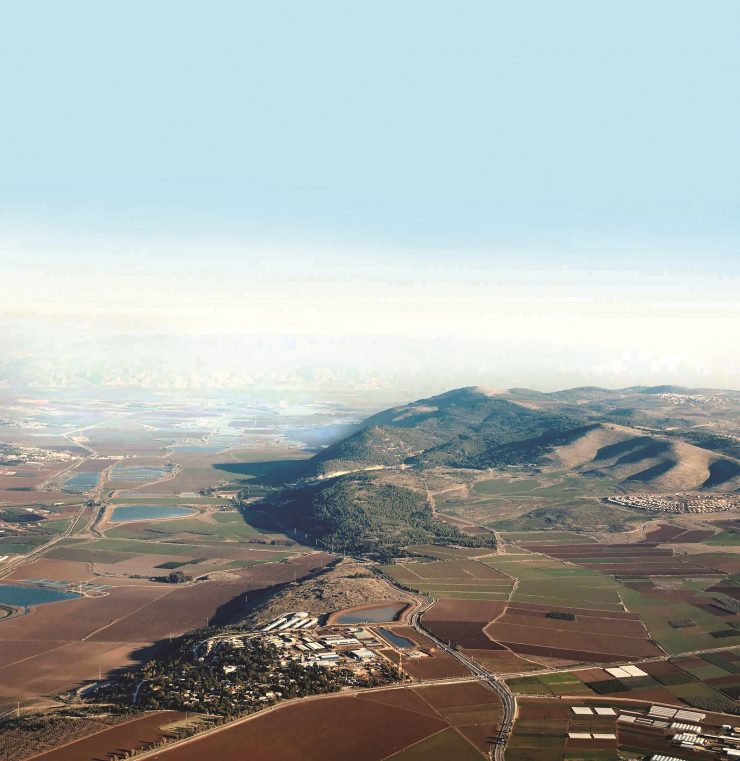 In the Valley of Wonderful Things

Chapman Trustee David C. Henley writes about his visit to the archaeological dig in Israel, which is led by Chapman Professor Julye Bidmead and includes work being done by Chapman student Marilyn Love ’15.

This story appeared in the winter 2014 issue of
Chapman Magazine
.

It was 92 years ago when British archaeologist Howard Carter discovered the tomb of 14th-century B.C. pharaoh Tutankhamen near Luxor in southern Egypt. Carter’s quest had taken seven years, and hundreds of others had been searching for the elusive tomb for centuries. So on Nov. 26, 1922, when he finally located the royal vault, made a hole in the sealed door leading to the chamber and peered inside its dusky interior, tensions were mounting.

Carter’s patron, the Fifth Earl of Carnarvon, who was standing behind him, could wait no longer and cried out, “Can you see anything?”

Carter’s joy in finding “wonderful things,” and his spirit of adventure, drama and excitement, have been replicated here in north-central Israel by Chapman University student Marilyn Love ’15 and
Professor Julye Bidmead
. The two are exploring with archaeological teams from several nations and universities at two ancient sites that figure prominently in the Hebrew Bible and New Testament.

The sites are Jezreel, the winter palace of King Ahab and Jezebel, his wicked wife, and neighboring Megiddo, also called Armageddon, an important 14th-century city-state overlooking the Jezreel Valley.

Love and Bidmead have been conducting research in Israel because Chapman is affiliated with two consortiums of U.S., Canadian and Israeli universities, including George Washington, Yale, Vanderbilt, Haifa and Tel Aviv. All send faculty and students to the sites each summer to conduct archaeological “digs,” says Bidmead, an assistant professor in the Department of Religious Studies in Wilkinson College of Humanities and Social Sciences.

A 20-year-old junior religious studies major, Love has participated in the dig for two years, and she showed great animation in describing her discoveries as she huddled with Bidmead and me under a large canvas tent that protected us and the main excavation site from fiery-hot blasts of air howling up from Israel’s Judean Desert.

Love, who lives with Bidmead and approximately 50 other consortium members at the Jezreel Kibbutz, a communal settlement near the excavations, said her “most exciting” moments have come when she unearthed artifacts dating to the Canaanites who lived in this area during the Bronze Period, about 3000 B.C.

Using a shovel, trowel and small pick-axe, Love said, “I’ve found tools made of basalt that were used by people here to pound grain into rudimentary bread. And I’ve excavated locally-made glazed pottery from the same era that was painted red and black.

“And I’ve dug up knives carved from flint, rare beehive-shaped clay pots, mud bricks that served as building foundations and walls, a bowl containing multicolored beads and precious stones, foundation blocks of a nearby 12th-century Crusader Castle, and iron swords and daggers,” said Love, a resident of Temecula in Riverside County. “I became interested in archaeology at the age of 11 when I traveled to London with my grandfather, a publisher of scholarly books, and we spent the day at the British Museum.”

A winner of Chapman’s prestigious Summer Undergraduate Research Fellowship, Love plans a career in university teaching and research and will begin working toward a Ph.D. in archaeology or Near Eastern Studies following graduation from Chapman in 2015.

During winter Interterm, she and 19 other students took a class in London taught by Bidmead titled “Deconstructing Hogwarts,” exploring the works of J.K. Rowling.

Bidmead, who holds a Ph.D. in archaeology from Vanderbilt University, reads and writes Hebrew, German, Spanish, Greek, Babylonian and Aramaic and has conducted archaeological research in Israel and elsewhere in the Middle East for 17 years, said several of her other students also have made “significant discoveries” here.

One of them made a “stunning and spectacular” find in 2008: a late Bronze Age, three-inch gold pendant buried under a foot of earth.

“On the pendant was engraved the likeness of a Canaanite goddess. It was a major scientific find, to be sure, and the pendant today is displayed at the Israel Museum in Jerusalem,” said Bidmead, who has taught at Chapman for seven years.

In addition to her duties here supervising students, Bidmead also serves as a member of the senior staffs of both consortiums and leads a team of researchers who identify, photograph and catalogue the artifacts discovered at the two sites.

The leaders of the consortiums, Norma Franklin, Ph.D., co-director of the Jezreel program and research associate at the Zinman Institute of Archaeology at the University of Haifa, and Israel Finkelstein, Ph.D., director of the Megiddo expedition and professor of archaeology at Tel Aviv University, have commended Bidmead’s work.

Finkelstein said that in addition to Bidmead’s teaching, excavating and supervisory roles here, she also leads the expeditions’ educational program, “which is one of our highly important academic courses. Doing this, she is in charge of training students in field archaeology methods and techniques in the disciplines of biblical archaeology and biblical theory.“

Thanks to this program, a significant number of students who have worked with her have continued their studies to become seasoned researchers in the field,” Finkelstein added.

Back at Chapman, Bidmead taught four fall courses in the Religious Studies Department, and Love took a full class load, studying German and Czech at a private language school and boning up on the Harry Potter books in preparation for her Interterm class.