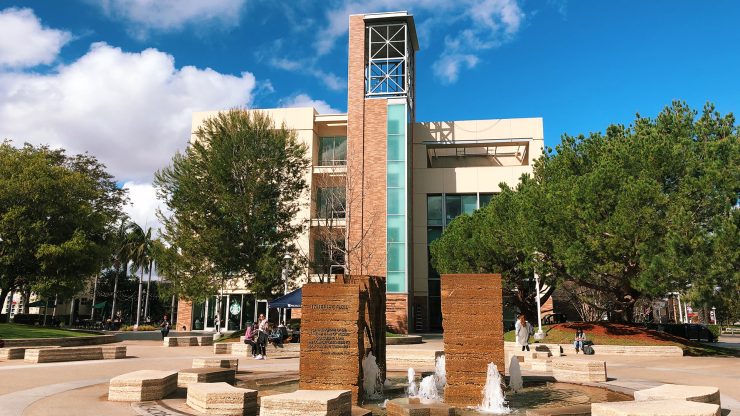 Chapman University has announced an endowment establishing the new Burra Executive Professor in Accounting at the Argyros School of Business and Economics. The new endowed professorship was made possible by a generous gift from Chapman Trustee Jim Burra and his wife, Kay.

Additionally, Burra has championed student success at Chapman by serving as a mentor for the Leatherby Center for Entrepreneurship and Business Ethics, and he and Kay were the 2019 gala co-chairs for Chapman Celebrates.

Associate Professor of Accounting Hank Adler has been appointed as the inaugural holder of the new professorship, which recognizes an outstanding faculty member who is dedicated to the students and advances the reputation of the Argyros School. Adler has been on the faculty of the Argyros school for almost 20 years.

“We are thrilled to establish the Burra Executive Professor of Accounting,” said Burra. “The Argyros School of Business has experienced tremendous success in recent years, and we are excited to support and invest in its future. We can think of no better person to serve as the inaugural professor than Hank Adler.”

“He’s a great teacher who prepares people well,” says Thomas Turk, dean of the Argyros School. “He’s helped countless people get jobs. He’s the type of guy that picks up the phone to call a partner in accounting, to highlight somebody who may have been overlooked in the interview process.”

Adler’s impact reaches beyond the classroom, too. An expert in tax policy, Adler has written extensively for publications such as The Wall Street Journal, Reason Magazine and Townhall. His critical analysis of proposals from the Biden administration has influenced the debate in Washington, D.C., on topics such as tax reform and the wealth tax.

“He’s a great example of somebody who not only does a great job teaching, but who is also making an impact on public policy, raising the visibility of the school,” says Turk, Ph.D. “And he is just generous with his time, with the students and really takes a lot of pride in seeing each and every one be successful.”

“It is phenomenal for the university to have received the wonderful gift that has created the Burra Executive Professor of Accounting. I’m very honored to be the first professor at Chapman to hold that title,” says Adler.