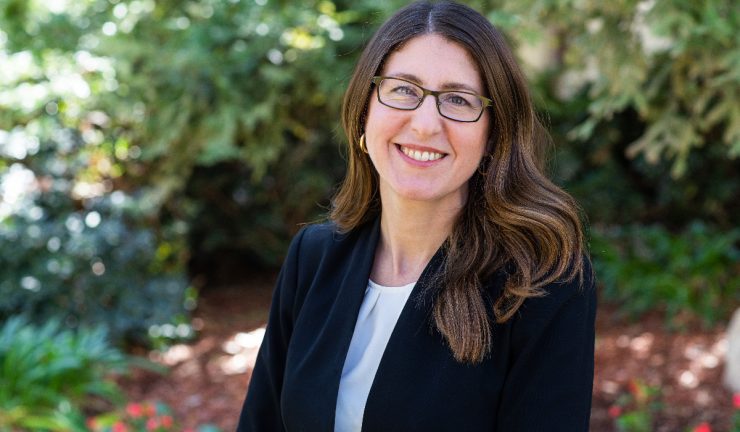 Rogan-Mehta will oversee the areas of University Advancement Systems and Operations, Career and Professional Development and the Hilbert Museum of California Art. She will also serve on Chapman’s senior staff in this role.

“I’m delighted to join the talented team in University Advancement at this exciting time for Chapman. It’s an honor to be able to contribute to the impressive momentum the university is experiencing through this new role,” said Rogan-Mehta. “I look forward to working with my colleagues and our campus partners to build on the Advancement team’s success, support our students and elevate the incredible work of the entire Chapman Family.”

Rogan-Mehta previously served as the associate dean for administration at the Fowler School of Law. There, she oversaw the entire administration, including career services, admissions, operations, marketing, events and student affairs.

“Amy’s leadership led to unparalleled results in the history of the Fowler School of Law in key areas of student and institutional success,” said Parlow, noting record graduate employment numbers and admitting the strongest and most diverse class in the school’s history. In addition, Rogan-Mehta led efforts to build a culture of engagement and volunteerism with students, alumni, supporters and community partners throughout the school.

“On these and so many other fronts, the Fowler School of Law reached unprecedented levels due to her incredible leadership and management,” Parlow said.