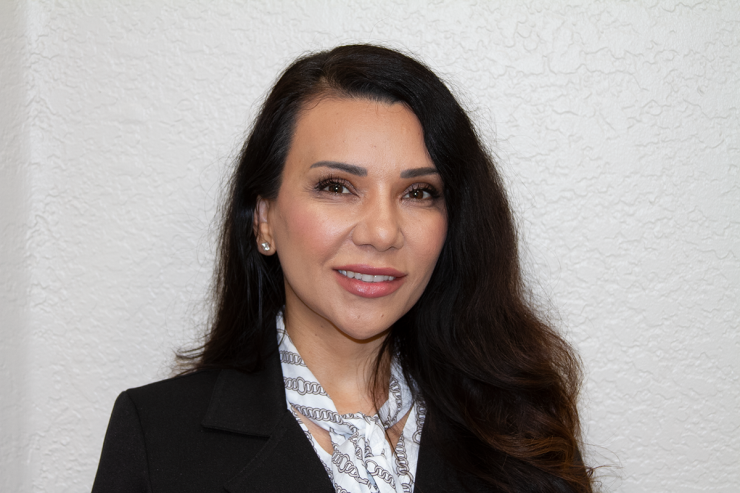 Chapman University’s Office of Diversity, Equity, and Inclusion has named Dr. Gabriela Castaneda the new Latinx Achievement Director. Castaneda, Ed.D., comes to the position from the Argyros School of Business & Economics, where she has served as the Assistant Director of Career Services since 2016. For the last three years, Dr. Castaneda has also served as Chapman’s Latinx Staff & Faculty Forum President.

“It’s a very exciting time right now at Chapman, but specifically for the Latinx community,” says Castaneda, who is looking forward to supporting both institutional and her own personal goals in the new position.

One of the first objectives of the new position will be to earn Chapman the Hispanic Serving Institution (HSI) designation. HSI designation is a White House initiative that recognizes higher education institutions with an undergraduate enrollment of at least 25% Hispanic. “This is where our population is going, given that the fastest-growing minority population at Chapman is Latinx,” said Castaneda, as was reported during the recent State of the University address.

In her new position, Castaneda will be able to increase the visibility of and opportunities for Chapman’s Latinx students. She also hopes the increased focus on Diversity, Equity, and Inclusion (DEI) will encourage scholars and potential staff members to consider Chapman as their place of employment.

“The Latinx community is a pretty tight community. This is an amazing opportunity and exciting time to be able to give back to the community that has given so much to me and my career,” she said. “I’m very much aware that the people who came before me opened doors for me to get to where I am now.”

Dr. Reg Chhen Stewart, Vice President of Diversity, Equity, and Inclusion, acknowledges that the dedicated professionals who give of their limited time to advance Chapman’s DEI efforts are one of Chapman’s real strengths. “These individuals are Chapman’s most valuable natural resource,” said Dr. Stewart. “There is no one that exemplifies this more than Gabriela Castaneda. There is a synergy between what we are trying to build in the Office of the Vice President and the momentum that Dr. Castaneda brings to the mix.”