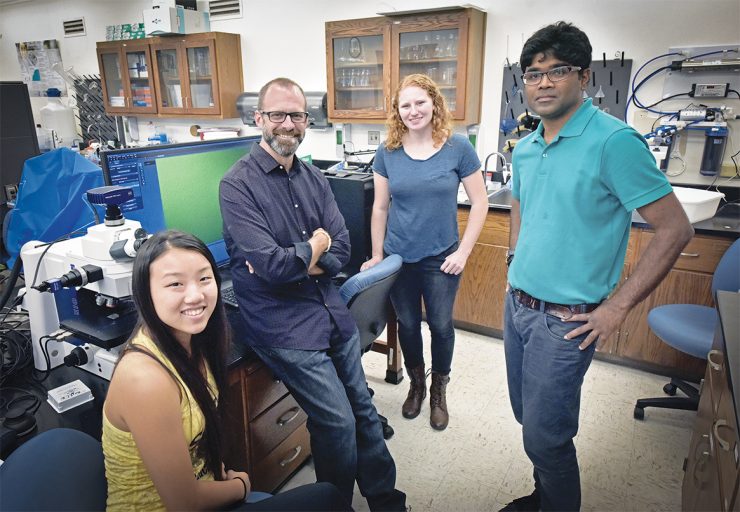 Fowler Engineering Dean Andrew Lyon Named to National Academy of Inventors In addition to the biomedical innovations coming from his Chapman lab, Lyon is honored for mentoring future entrepreneurs.

An artificial platelet technology designed to help the body heal from traumatic injury is just one of the innovations that has earned Fowler School of Engineering Dean Andrew Lyon membership in the National Academy of Inventors (NAI).

Lyon, an internationally recognized chemist, is among 63 of the world’s best emerging academic inventors in the 2021 class of NAI Senior Members.

Known for his research on the fundamental physics of colloidal hydrogels, Lyon and his Chapman University research lab colleagues and students explore the possibilities of polymer nanoparticles. His research and commercialization efforts have yielded five biomaterials patents for clinical medicine.

Breakthroughs Include Artificial Platelets and Diagnostics for Anemia

Sanguina Inc., one of the companies Lyon co-founded, is developing and commercializing low-cost diagnostics for anemia, which afflicts more than one-fourth of the world’s population.

“I hope this recognition shows that Chapman understands the value of moving from basic research to translational research,” Lyon said.

“We are thrilled that he is in a group with faculty from major universities such as MIT, Johns Hopkins, Dartmouth and USC,” Piechota adds.

Lyon co-founded and is actively involved in three companies — two of which are based on technology that was developed in part by his research group. In addition, he is on the Board of Directors for OCTANe OC, which supports the medical technology business ecosystem, and the Arnold and Mabel Beckman Foundation, which advances leading-edge innovation in chemistry and life sciences.

“Andrew earned this recognition on the strength of his research and innovation, but he also plays a vital role in recruiting, retaining and mentoring Chapman faculty across science and engineering,” says Struppa, who was honored as an NAI Fellow in 2016. “Under Andrew’s leadership, the Fowler School of Engineering has built a diverse and high-quality faculty that exemplifies Chapman’s teacher-scholar-researcher model.”

Lyon notes that two of the companies he co-founded are led by women CEOs he helped mentor.

“One of the things I’m most proud of is seeing mentees of mine be super successful like this,” he said.

Learn more about undergraduate programs in the Fowler School of Engineering. 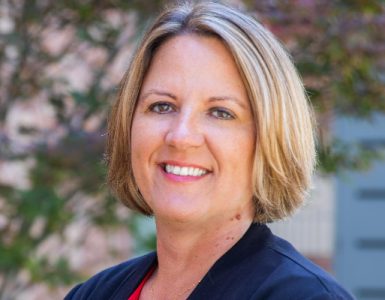