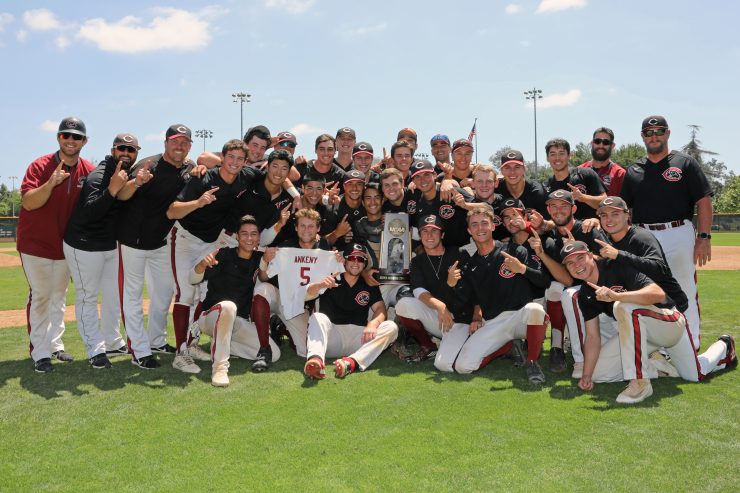 Chapman Baseball Catches Some Dreams and Heads to the Division III College World Series After winning the NCAA Division III Super Regional, the Panthers take on Washington and Jefferson

The current Chapman baseball season is full of excitement for fans. After defeating Concordia University of Texas 3-2 in the NCAA Division III Super Regional, Chapman Baseball will advance to the Division III College World Series for the first time in eight years.

As one of eight teams in the DIII World Series, the Panthers are poised to compete against top teams in the league. Starting this Friday, May 3, in Cedar Rapids, IA, the Panthers play Washington and Jefferson — a first-time match-up in program history.

“It’s great for us to have a chance to play in the series,” says Scott Laverty, Chapman Baseball head coach, “It’s been awhile since we have, and this will be phenomenal experience for the players, for the seniors to have worked hard to get here and the younger players to be a part of this as a learning experience.”

Peck leads the nation with 150 strikeouts this season, shattering Chapman’s single-season record of 133 set by Brian Rauh. Garcia, too, has been clutch for the Panthers, recording a perfect 8-0 record with nine saves. Peck has also posted a career-low 1.73 earned run average (ERA) in 104 and two-thirds innings pitched this season and has amassed a 7-3 record in 16 starts. Garcia has been the bullpen leader, posting an impressive 0.56 ERA with 75 strikeouts in just 48 innings pitched.

“There’s a lot of trust in this team,” Garcia says, reflecting on the close game with Concordia, “I just fought through the eighth, trying to get off the field and keep us in the game. We have a lot of confidence in each other.”

Watch the game live this Friday, May 31, at 8 a.m. PDT with the Chapman Family in Argyros Forum. There will be coffee and donuts. 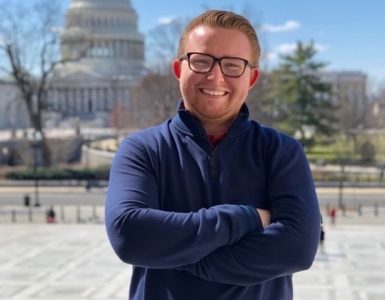 Alex Ballard ’20 has been awarded Chapman University’s highest undergraduate student honor, the Cheverton Award. Dean of Students Jerry Price made the announcement during an online presentation of the Campus Leadership...