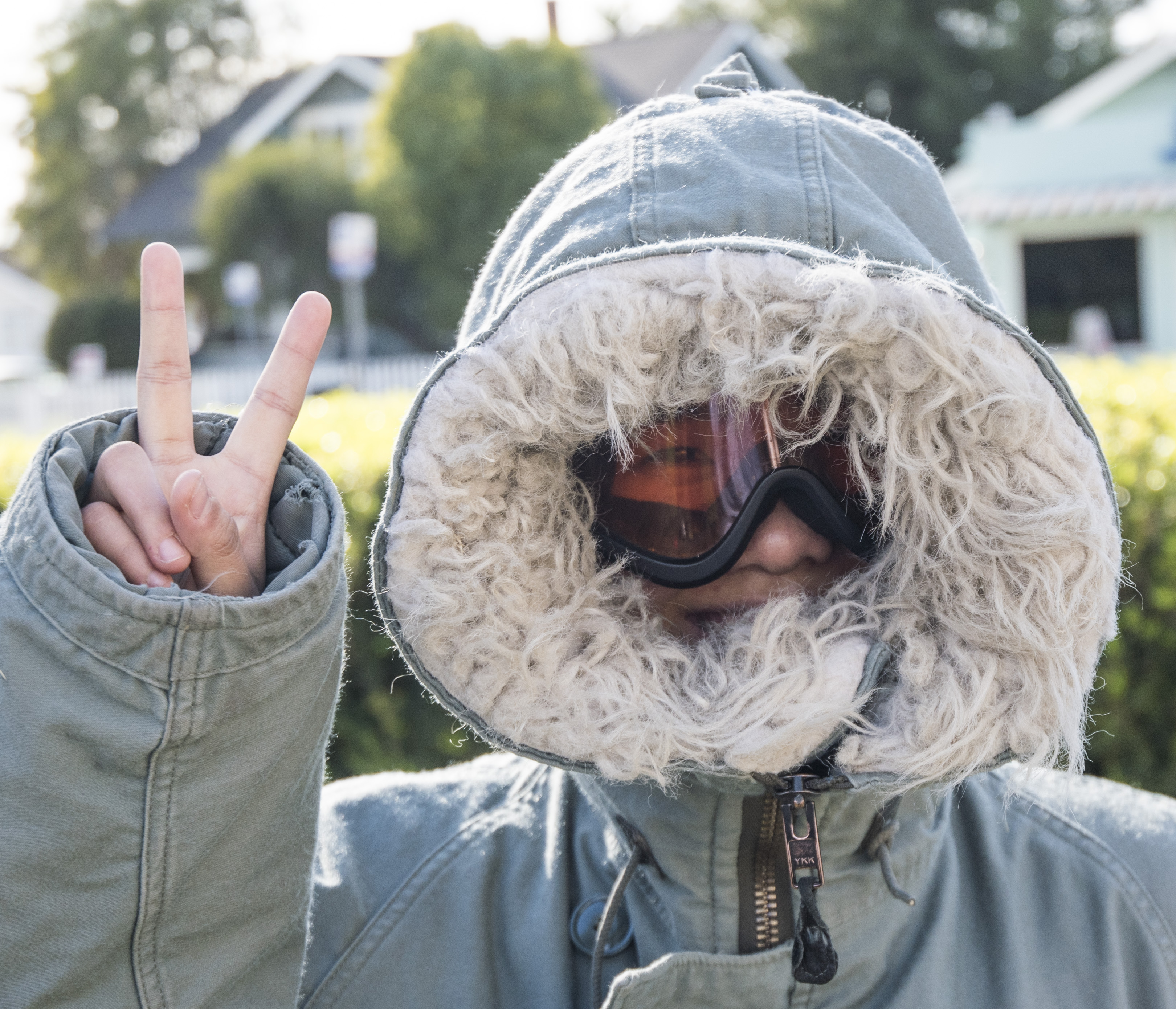 At Chapman, Interterm is the month between winter break and spring semester, and it’s traditionally a unique slice of time for students to dive into classes designed to be immersive experiences.

Extracting DNA from strawberries, completing mini-movies, learning leadership from sled dogs, and inventing a video game starring a sort-of-dead goldfish – Chapman University students did all that and more this January.

At Chapman, Interterm is the month between winter break and spring semester, and it’s traditionally a unique slice of time for students to dive into classes designed to be immersive experiences. Many students opt for travel courses, and some use the time to complete general education requirements, but others roll up their sleeves for project-oriented endeavors.

For digital media arts majors Gaby Fantone ’20 and Ryan Trumpler ’20, Interterm meant focusing on the life and death situation for a perky little goldfish presumed to be dead but, ahem, flushed away prematurely.

So the game was on to rescue the fish. Truly, it’s a game, created by Fantone and Trumpler. The working title of the game is Fish Hell, but the pair characterize “Introduction to the Game Industry” as something more akin to heaven and call it a “brain break,” because it’s their only focus all month.

Such focus has paid off well for many students. Among the games sprouted from this Department of Computer Science class are IEEE Gaming Intercollegiate Showcase winners Axle and XING, as well as Foglands, a virtual-reality game from the studio Well Told Entertainment.

Tucked away in the Entertainment Technology Center, Hannah Zickel ’18 honed her Shakespearean skills in Theatre 229, the Department of Theatre’s experimental course that prepares student casts for the spring production, which is Othello this year.

“I took both semesters of Professor (Tom) Bradac’s Shakespeare classes and I fell in love with Shakespeare. But performing it creates a new relationship with the text and the language,” Zickel said.

The long daily rehearsals were valuable, too.

“It’s such a special opportunity to spend hours on hours with this case and really create that bond,” she said.

Meanwhile, in the biochemistry labs at Schmid College of Science and Technology, non-science majors donned lab coats and conducted a variety of experiments, including extracting DNA from crushed strawberries and replicating genetic material from common plants.

“I’ve been working with centrifuges and vortexes. It’s been fun. I’ve been on my feet, not just sitting in a lecture,” said Arianna Ngnomire ’19, a screen acting major from Boulder, Colo.

The course has a snazzy name for the non-science majors it’s intended to attract – “Beyond Jurassic World: The Science of DNA and Dinosaurs” – but its aim is serious, said Jeremy Hsu, Ph.D., instructional assistant professor in Schmid College.

“It’s so much more important now than ever for everyone to have a basic understanding of the nature of science, how science works, how experiments work, what peer review is and how we come to conclusions,” Hsu said. “Everyone needs an understanding of these issues so that they can have a good debate about policies based on those issues.”

With extended meeting times, the courses can incorporate activities that might not fit into a traditional schedule. For the First-Year Foundations course “Leadership Lessons from Shackleton and the Polar Explorers” taught by Argyros School professor Cristina Giannantonio, Ph.D., students spent a couple of hours with a sled dog racer and his canine team to experience first-hand some of the principles of successful leadership.

They even hitched up to the sled and worked together to safely haul the sledding instructor around the Bert Williams Mall. The takeaway was more than just great selfies, students said.

“You get to actually experience it and live through his stories. We did all of the readings, but now it’s all connected and put together in a real-life perspective,” said James O’Leary, a freshman from Wolfeboro, New Hampshire.

Real movies were made with smart phones in “Fast and Furious Filmmaking,” an Interterm course at Dodge College of Film and Media Arts. The movies are short, inspired by the sort the Duplass brothers debuted at Sundance, said James Dutcher, assistant professor. But the trial and error process prepares students for the longer works ahead, he said.

“We compress the whole filmmaking process. They wrote ideas on Tuesday, they gave notes on all the scripts on Wednesday, and then they shot it on Thursday,” Dutcher said. “You can have the whole gamut of emotions and process in just a shorter period time and figure out where you went right and where you went wrong and how you want to continue.”

Among the students hitting every step in that process was film major Livi Dom ’20, who wrote, pitched, directed, engineered sound and even acted in one of the movies, portraying a woman who overshares to her Amazon Alexa.

“I loved the class. You cycle through all the different jobs. … We kept making things,” she said.

On the last day of Interterm, students gathered in a theatre to screen and review the final round of movies. Each team found things they’d do differently. But all agreed that they had good first drafts on which to keep building.

Like so many projects, getting started is half the battle. Happily, Interterm is fertile ground for all those first drafts, new projects and fresh ideas, ready to grow.

Display image at top/Heavy polar gear gets a brief tryout by a student in the First-Year Foundations course. (Photo/Dennis Arp)