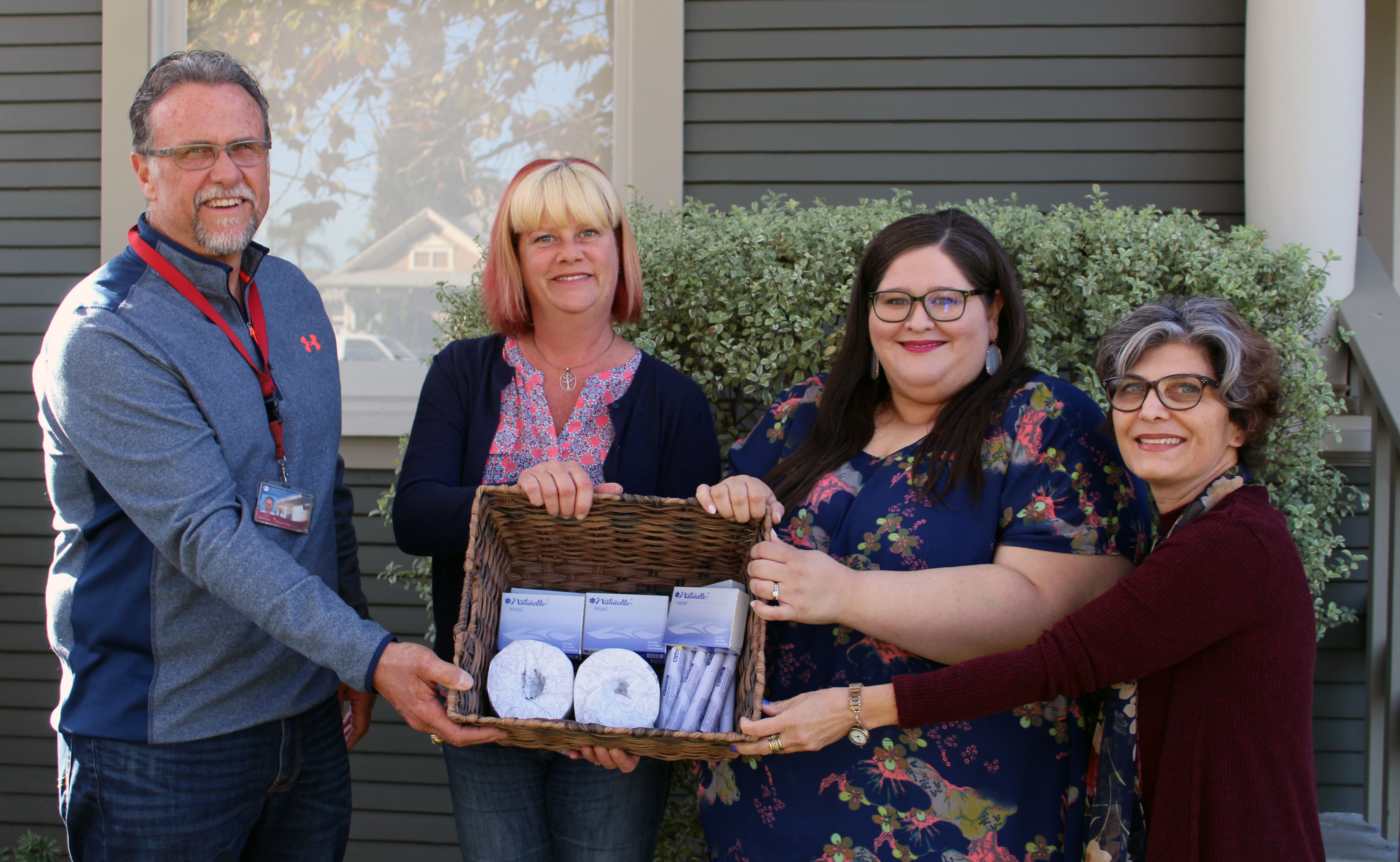 Starting this semester, Chapman University will provide free tampons and sanitary pads in all its women’s and unisex restroom. Free dispensers will replace all coin-operated machines and bathrooms without dispensers will be provided with baskets of menstrual products.

Starting this semester, Chapman University will provide free tampons and sanitary pads in all its women’s and unisex restrooms. Free dispensers will replace all coin-operated machines, and bathrooms without dispensers will be provided with baskets of menstrual products.

This increase in availability is thanks to the work of the Chapman Diversity Project Advisory Group on the Status of Women, with co-chairs Alisa Driscoll, Denise Johnson and Kristin Beavers leading the charge.

“We were finding that menstrual products in restrooms weren’t stocked consistently,” said Alisa Driscoll, communications and operations manager for Community Relations. “There have been numerous instances where coins were inserted into dispensers that ended up being broken. Some of the broken dispensers weren’t repaired for months at a time. This is on top of the issue that the cost of menstrual products is so high that it makes them unavailable to some of our population here on campus.”

Talking — at last — about menstruation

Assistant professor Denise Johnson added that the committee observed that menstruation is a difficult topic to address in culture, which is something they want to change.

“A general idea of the committee is we want to put menstruation into the public sphere. It affects more than 50 percent of the population,” Johnson said. “We have come to accept as a culture when you use a public restroom there’s toilet paper. It’s unusual that there aren’t seat covers. We’ve come to accept that these things are free and readily available. But why not menstruation products? It shouldn’t be some shameful, sinful thing.”

With help from Erin Pullin, director of Diversity and Inclusion in the Office of the Provost, the group proposed the idea to Rick Turner, associate vice president, facilities management. He welcomed the idea.

“Our role in facilities management is providing services. That’s our mission,” Turner said.

The committee plans to meet with Turner again in about a year to discuss adding free menstrual products in men’s restrooms to serve transgender and gender fluid people and others who use men’s restrooms but still have periods.

“I’m proud to be affiliated with a university that cares so much about diversity and inclusion. This is more than a woman’s issue. This is a socioeconomic issue and an equality issue. The more we can normalize it, the better,” said Driscoll.

Aramark, the company contracted to maintain Chapman’s bathrooms, will check and restock the supplies daily.

The Student Government Association also has supported adding the free products. Underclassmen Senator Saba Amid ’21 , also a member of the advisory group, is writing a resolution advocating and supporting the efforts.

“We want to make menstruating members of our community feel comfortable and feel integrated. We want women to feel safe on campus and not have to worry. We want to be as inclusive as possible,” Amid said.

This action comes in the wake of Assembly Bill 10, presented by Assemblywoman Christina Garcia (D-Bell Gardens) and signed by Gov. Jerry Brown. The bill requires middle and high schools to supply free menstrual products when 40 percent or more of the students meet the poverty threshold.

Other universities, including UCLA and Brown University, have started providing free products in response to student groups that raised concerns.

Display image at top/Working together on the project are, from left, Rick Turner, Kristin Beavers, Alisa Driscoll and Shahrzad Khosrowpour.