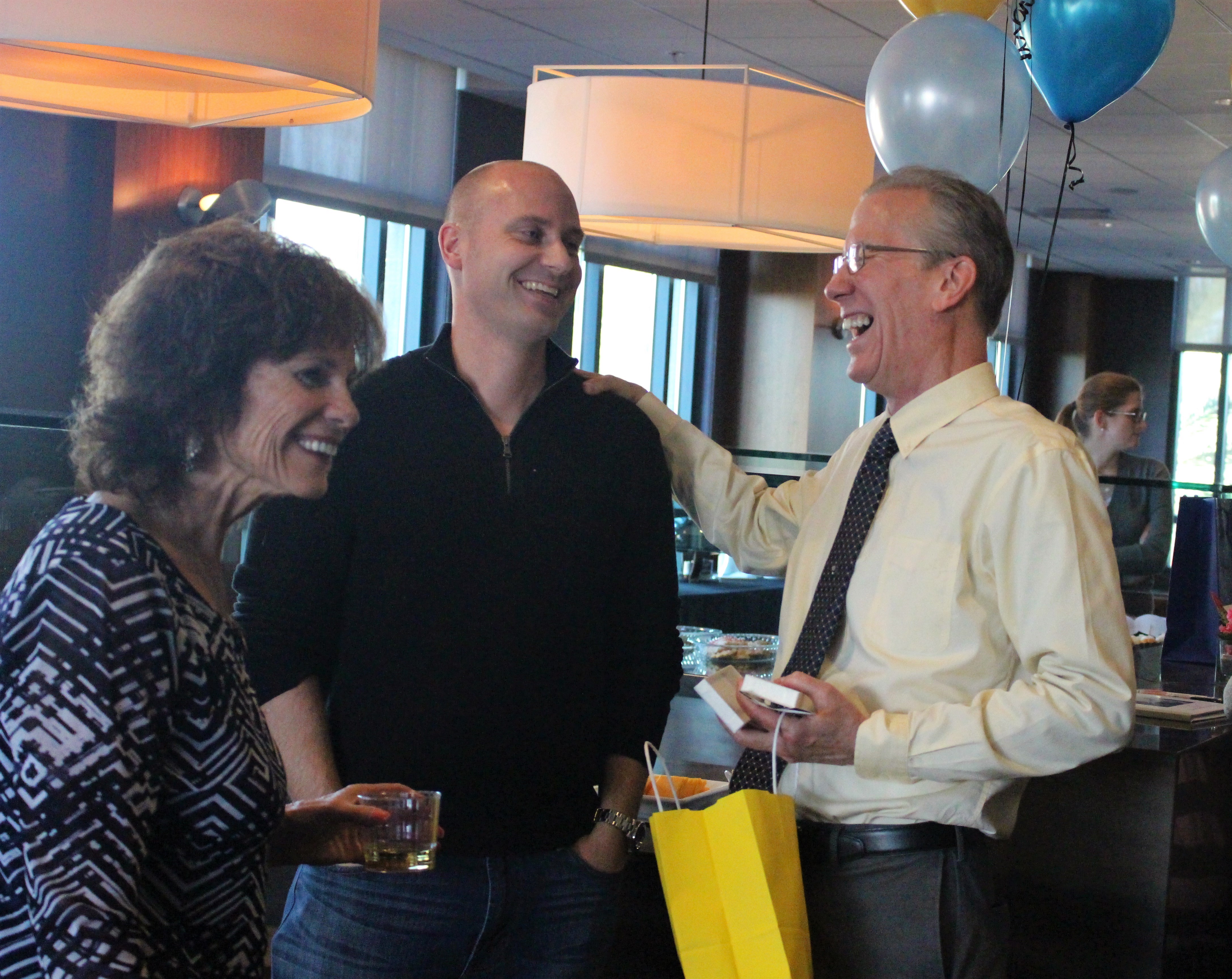 Faculty, staff, and alumni recently gathered to toast Ed Fox, associate director of Student Psychological Counseling Services at Chapman University, who retired in January. Amid laughter, desserts and a slide show of old photos, favorite memories from Fox’s 31 years at Chapman were relived one more time.

Along with Jeanne Walker, Ph.D, the director of psychological counseling services, Fox helped the wellness center progress from an office in a student housing complex to a temporary trailer to finally having its own permanent space, where over the years thousands of students received counseling and other services.

“When I came to Chapman in the mid-’80s, we didn’t have a counseling center. They offered me the princely salary of $400 and room and board. I thought I would try it for a year, and that year became another year, and now it’s 31 years later,” Fox said.

In 2013, Fox earned the President’s Award for his outstanding service to the campus community.

He said retirement will be bittersweet.

“Chapman has been a part of my identity for a long time,” he said.

Walker, who worked with Fox for all 31 years, gave an emotional speech.

“I am so grateful for you. I cannot imagine doing what I do without you. You’re the best that one could want in a friend, a colleague and a human being. I count myself as an extremely lucky person to have known you,” Walker said.

Professor Emeritus Ronald Scott, Ph.D., recalled that he met Fox as his student, and then watched him grow with the counseling center.

“Ed, you have saved thousands of lives, either literally or psychologically. The people who have seen you in therapy, crisis cases, all other cases … You will live on at Chapman,” Scott said.

“The foundation Ed made for how we serve our students shaped how we now support students day in and day out. For this we are really appreciative and wish you the best of luck,” Price said.

Happily, for the staff and students, Fox will ease into retirement by working part-time on Mondays and Wednesdays.

Fox joked: “I’m still giving out bad advice in the counseling center two days a week, so if anyone needs any consults, I’m available.”