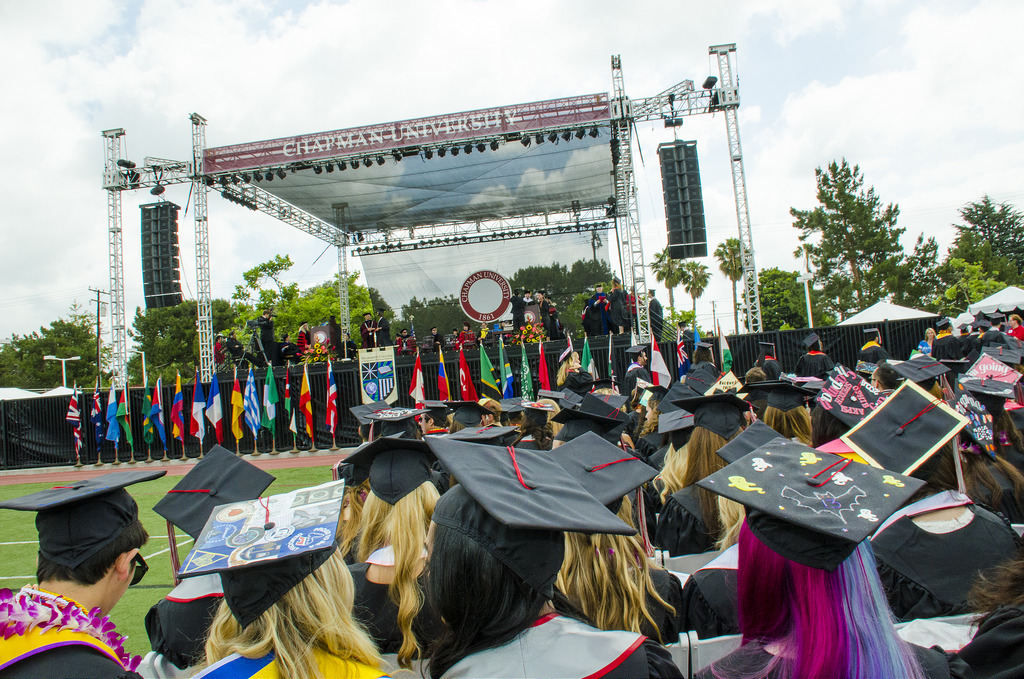 Correspondent and actor Brian Unger, will deliver the keynote address at Closing Convocation. This special ceremony celebrates all graduates and the successful finish to the academic year. Closing Convocation takes place Friday at 7 p.m. on Wilson Field and  is open to the entire Chapman Community.

Brian Unger is an actor, correspondent and comedic tour-de-force best known for his fan-favorite recurring role on the FX Hit series It’s Always Sunny in Philadelphia. He was one of the original correspondents on The Daily Show and has parlayed that success into work in many other areas. Most recently, Unger has been the host of the Travel Channel series, Time Traveling with Brian Unger. He also appeared in Masters of Sex on Showtime as well as well as recurred on Baby Daddy opposite of Jean-Luc Bilodeau. Next, Unger will be starring alongside Bobby Moynihan in Me, Myself and I, Dan Kopelman’s new single-camera comedy for CBS.

Additionally, Unger appeared on the NBC series Crowded opposite of Patrick Warburton and wrapped production starring in the Comedy Central Digital series Correspondents. Prior to that, Unger was the co-host on Showdown of the Unbeatables on National Geographic Channel and the host of a weekly series titled How the States got their Shape on H2 while serving as brand ambassador for the channel. He also returned to his hosting duties on Game Day Satisfaction with Snickers for NFL.com during the 2015/2016 NFL season.

Closing Convocation takes place Friday, May 19, at 7 p.m. on Wilson Field and is open to the entire Chapman Community. Graudates will receive their Chapman commencement medals which can be worn at their commencement ceremonies. Afterward, join President Struppa at the Aitken Arts Plaza for a Champagne toast to Chapman’s graduates. Wristbands will be distributed prior to the ceremony, (so please bring your ID). Business casual attire (or nicer) is requested.