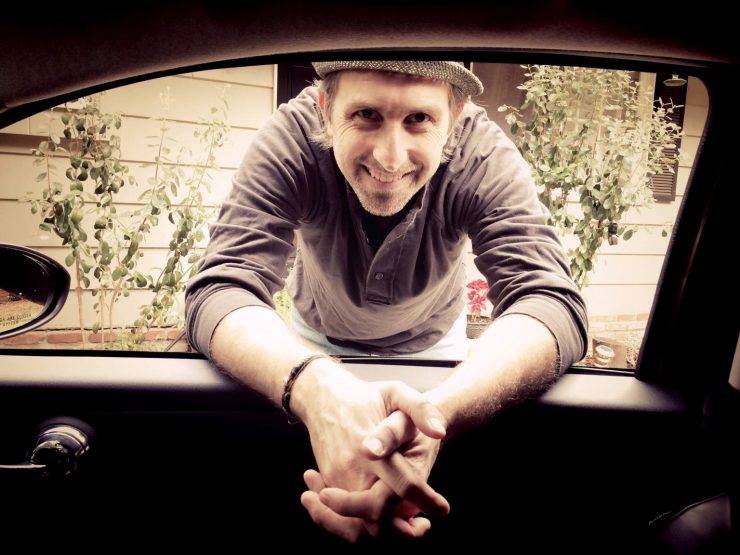 As a child, Alex Hillkurtz ’90 dreamed of digging up dinosaur bones in exotic lands and becoming a paleontologist. That changed in 1977 when he saw Star Wars. Awed by the film, he studied its “making of” television programs, realizing “these magical things called movies were made by regular people.”

“I got my hands on my dad’s Super 8 camera, and suddenly my room was my movie studio and the back yard was an alien jungle planet,” Alex said of his earliest films, which featured stopmotion scenes, spaceship battles and claymation spacemen on papier-mâché moonscapes.

Fast-forward to today, and Alex is a professional storyboard artist living in Paris. In fact, he recently celebrated the storyboarding of his 50th feature film. He works with directors to illustrate scenes, shot by shot.

Alex directed second unit on director Nancy Meyers’ It’s Complicated and The Intern; the latter project gave him “a front row seat to see Robert De Niro do what he does.”

“My time at Chapman was invaluable for what I do every day,” he said, crediting faculty in Dodge College of Film and Media Arts such as Ron Thronson, Bob Bassett, Greg Hobson and Rick Ferncase for helping him to develop his skills.

“On projects, about a third of (the crew) is fired-up, passionate and invested in what they’re making. You want to be in that third,” Alex advised.