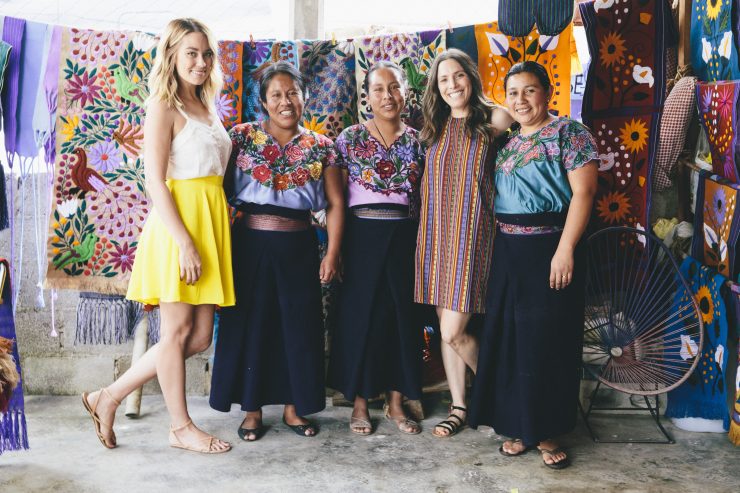 A Little Leg Up

For Hannah (Taylor) Skvarla ’10, childhood vacations weren’t always the typical family excursions; often, they were volunteer missions with nonprofits. Together, the family members learned about underserved populations and their critical needs.

“I saw so many beautiful, colorful, handmade items that I knew people in the States would purchase,” Skvarla, recipient of Chapman’s 2014 Schweitzer Rising Star Award, said of her work in Vietnam and Cambodia during high school with Landmine Survivors Network, an award-winning nonprofit. “I became passionate about helping artisans because I believe in preserving culture and traditions.”

Skvarla’s passion ignited her 2013 co-founding of The Little Market with her friend, Lauren Conrad. The nonprofit selects artisans from developing nations and sells their products worldwide, working with 40-plus artisan groups in more than 25 countries.

Many of the artisan co-ops and social enterprises with which The Little Market works provide resources to the artisans, including training programs, access to education and family health care.

“In developing countries, many people are forced to travel long distances to earn unfair wages for jobs they don’t want to do,” Skvarla explained. “By connecting artisans with customers, The Little Market helps create and sustain jobs where people can earn fair wages, enjoy what they do and work in safe environments.”