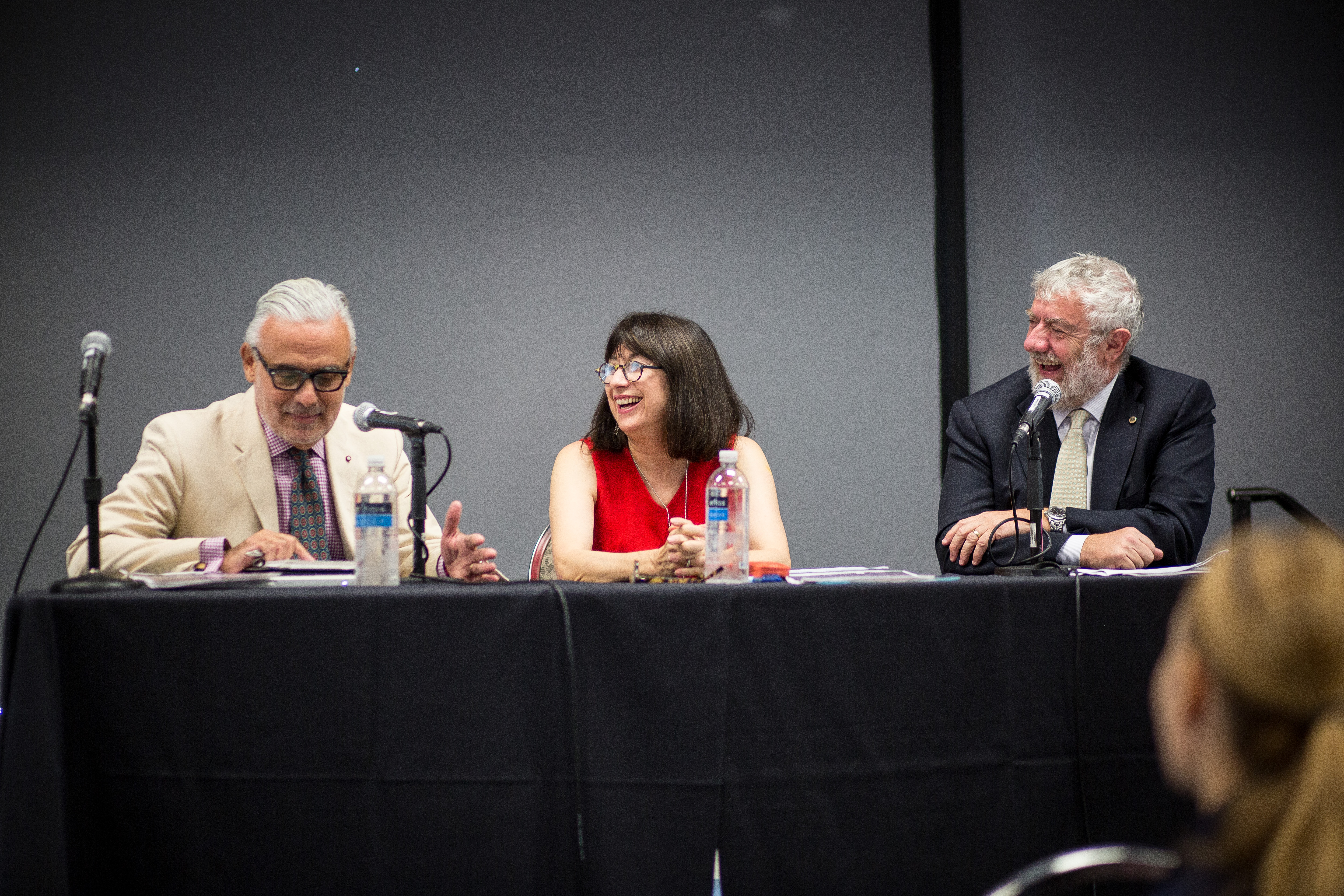 Jonathan Mooney was one of “those kids.” The sort who drove teachers to park him in the hallway because he couldn’t sit still in class, the student who didn’t learn to read until he was 12, the athlete who thought he was at college just to play soccer.

But when he heard an inspiring professor speak about the glories of English literature during college orientation, his imagination caught fire. That was the stuff for him, he decided. But what about his dyslexia, his struggles with writing and – especially this – the naysayers who said he shouldn’t even be in college?

Prove them wrong and don’t sweat the spelling, the professor said. So Mooney did. Today he is a writer, public speaker and activist working to foster acceptance and celebration of the unique abilities and talents of the students with learning differences. Speaking at Chapman University’s Second Annual Dyslexia Summit, Mooney underscored the conference’s theme of embracing cognitive diversity.

“I want to talk about a different path forward for people who learn differently. That question – How’d you do you it? – has subtext to it and the subtext is often ‘Jonathan, how did you fix yourself? … My story and the stories of so many others we’ve heard here today is the antithesis of that fix-it mentality. I went on this journey of change and I didn’t change a thing about myself.”

More than 300 people attended the summit, organized by Lisa Cupolo, director of Chapman’s Cognitive Diversity Project, with support from James Montgomery, managing director of March Capital Partners and a strong supporter of education.

John Chambers, chief executive officer of Cisco Systems, opened the conference with a video welcome. In his remarks Chambers specifically described the advantages that dyslexia has for many CEOs in the business world.

“What dyslexia forces you to do, if you can learn to play away from its weaknesses and to your strengths, you’re able to picture the whole outcome of something. You’re able to see all the moving parts. It’s easier for you to go a-b-c-z in ways that others cannot,” he said.

Such skills are more important than ever in today’s global economy and too valuable to lose, said Larry Banks, an educator and filmmaker currently at work on a documentary titled Hidden Talents that explores the undiscovered strengths of people with dyslexia.

“Things are about synchrony, how you can bring different things together and make them work together and flow. Work is about play,” he said. “The world that we live in is very special but it now has a different bend.”

Neuroscience and education research is lending a better understanding of dyslexia, said Maryanne Wolf, director of the Center for Reading and Language Research at Tufts University. There is no single source or cause of dyslexia, said Wolf, who is also the mother of a dyslexic son. But there are strategies and tools that can improve their reading and writing. Helping educate the educators is the next step, she said.

“There’s such hopefulness about the changes and ever more specificity about what we can do,” she said.

An archived video of Dyslexia Summit is available online.