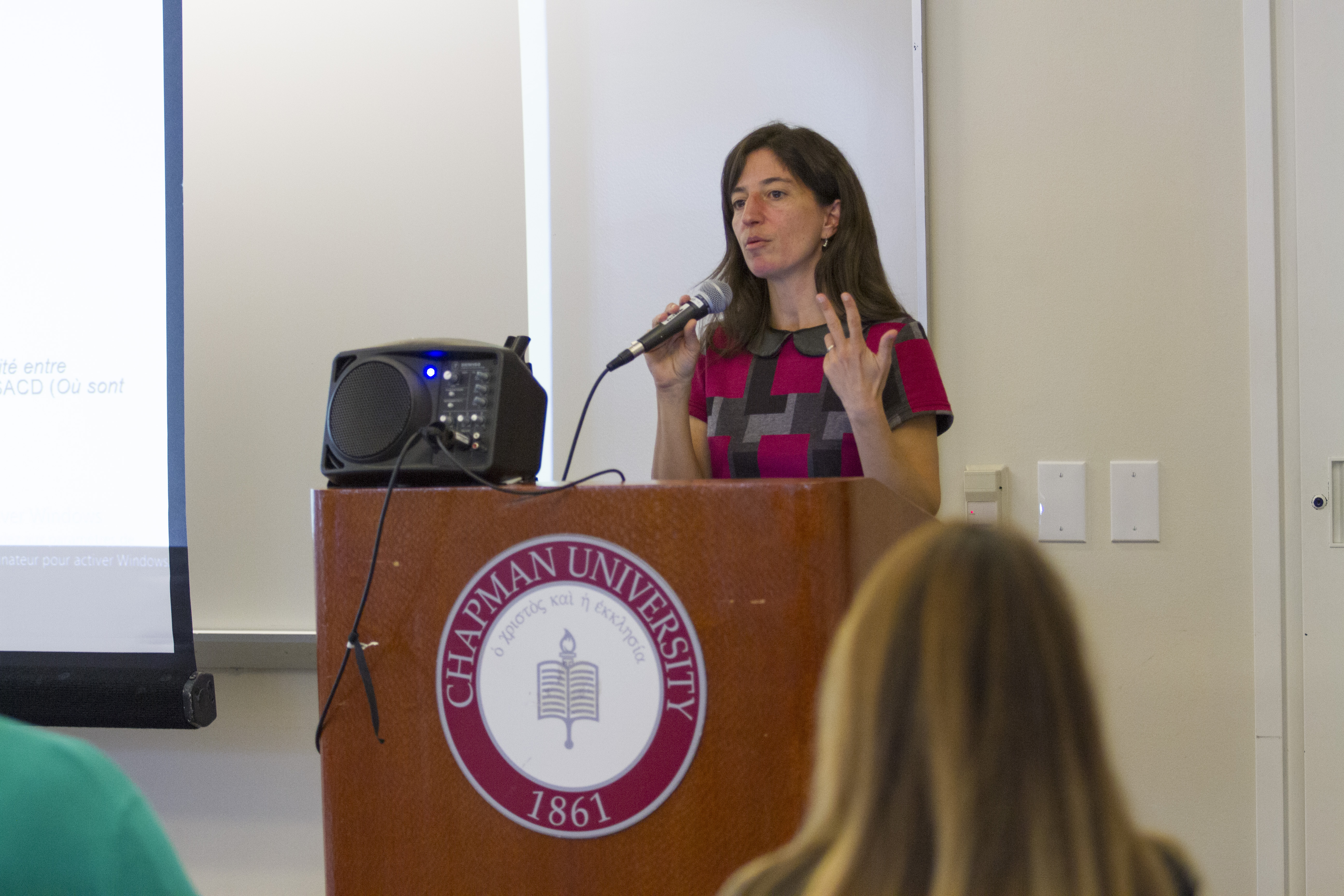 Feeling creative? There’s a career in that Guest economist describes how creative and cultural industries can become economic drivers of the future

The world has been on a devastating economic ride these past years. And while many look to traditional industries for lasting recovery, part of the answer may actually be found elsewhere, according to a visiting French economist who spoke at Chapman University this week.

Think architecture, writing, broadcasting, visual arts, fashion and design, said Christine Sinapi, Ph.D., coordinator of the Management of Culture and Arts Research Cluster at the Burgundy School of Business in Dijon, France. Or, as the European Union describes it, the human endeavors that fall into the creative industries sector. That sector was particularly hard hit during the Great Recession, but it holds the seeds of global economic growth and innovation, Sinapi said.

“This sector is the one that is maybe going to solve our big macroeconomic issues. I really feel that many economists and politicians just discovered that we need to find a sector that is labor intensive, (but) that can’t be relocated. … The creative industries are one obvious solution,” she said.

Sinapi’s talk on Tuesday, Nov. 1, was hosted by Wilkinson College of Arts, Humanities, and Social Sciences through a Getting to Know Europe grant funded by the European Union. The Chapman programs made possible by the grant include a Creative and Cultural Industries Residency, an Artist in Residence and academic conferences, as well as guest talks like Sinapi’s.

In Europe there is growing appreciation for creative industries’ contribution to the economy, and those industries thrive in Paris, London and Milan. But start-up capital, management skills and funding lag everywhere, as compared with other industries, she said. Moreover, she said the typical return on investment can be more difficult to measure in the creative industries, where the worth of artistic creations takes years to fully develop and issues of “public good” come into debate.

Sinapi also described problems of gender equity in the creative industries. Women, particularly in France, are underrepresented in its executive boards and directing positions, she said. The precise solution to that requires study, but she said addressing problems related to stereotyping, education, advisory boards and the lack of role models and mentors should be part of the solution.

“We need to explore the why,” she said.

It’s a challenge worth tackling because the idea that jobs will spring from creative industries has been suggested for decades by economists, in particular John Maynard Keynes, she said. The sort of activities that occupied the aristocracy – fine art, sport and leisure arts – could be transformed into vocations and industry in a modern world that needs to provide employment.

“It’s not by chance that (Keynes) wrote all this at the moment of the Great Depression,” she said.