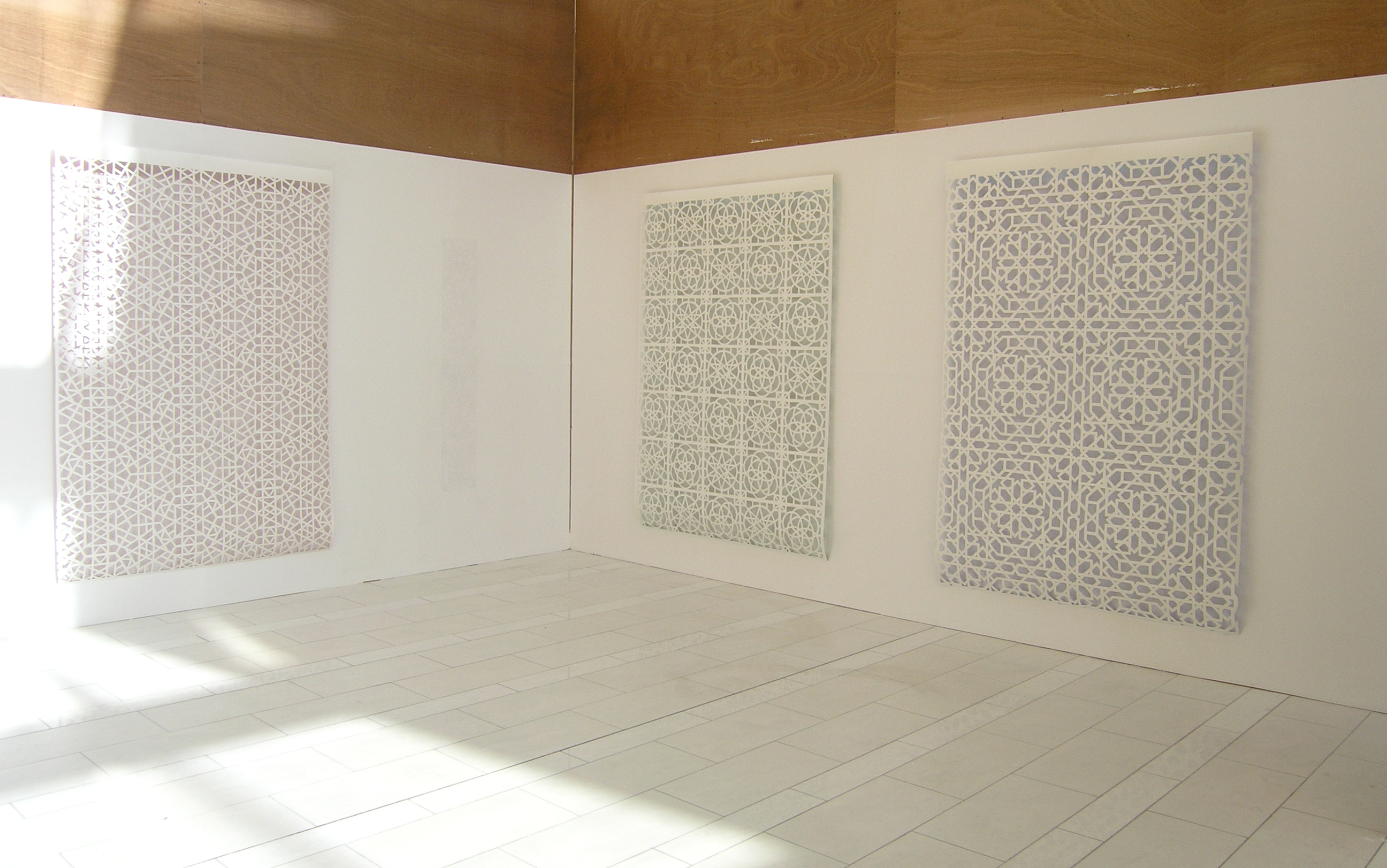 A new art exhibition in the Argyros Forum’s Henley Galleria (2nd floor) will celebrate mathematics and geometry and how Islamic and Western artists incorporate these sciences into art.  Installed in honor of Daniele Struppa’s upcoming inauguration as the new president of Chapman University (Struppa is a mathematician), ”
Geometric Aljamía: a Cultural Transliteration,”
opening August 15, celebrates the perfection of geometry and its hybrid connections between Europe, the Mediterranean basin, and the Middle East. The exhibition is a cross-cultural collaboration drawing together artists from Kabul to America, in an exploration of how connections between the Middle East and the West continue to be relevant to the 21
st
century.

Artists whose works are on display in this exhibition include Mohammad Saleh Amin of the Turquoise Mountain Institute in Kabul, Afghanistan; Jorge Benitez, assistant professor of communication arts at Virginia Commonwealth University (VCU) ; Reni Gower, professor in the painting and printmaking department at VCU; Hanane Korchi, a freelance graphic designer from British Columbia, Canada; Tamim Sahebzada of the Turquoise Mountain Institute in Kabul; and Julia Townsend, who teaches in the Department of Visual Communication at the American University in Dubai.

“Seemingly endless variations on geometric themes give the faithful a glimpse into the infinity and incomprehensible complexity of God,” says artist Benitez in his prospectus for the exhibition.  “For some of the more secular Westerners of the 21st century, the same variations could provide aesthetic satisfaction and even spiritual depth through the balance of geometry, sensuality and plastic tension.  The formal qualities of geometric patterns easily cross cultural boundaries because they are rooted in the numerical codes of the cosmos itself.”

The traveling exhibition is sponsored in part by Virginia Commonwealth University’s VCUarts Painting and Printmaking Department. Admission is free, and the exhibition is open during regular Argyros Forum hours.