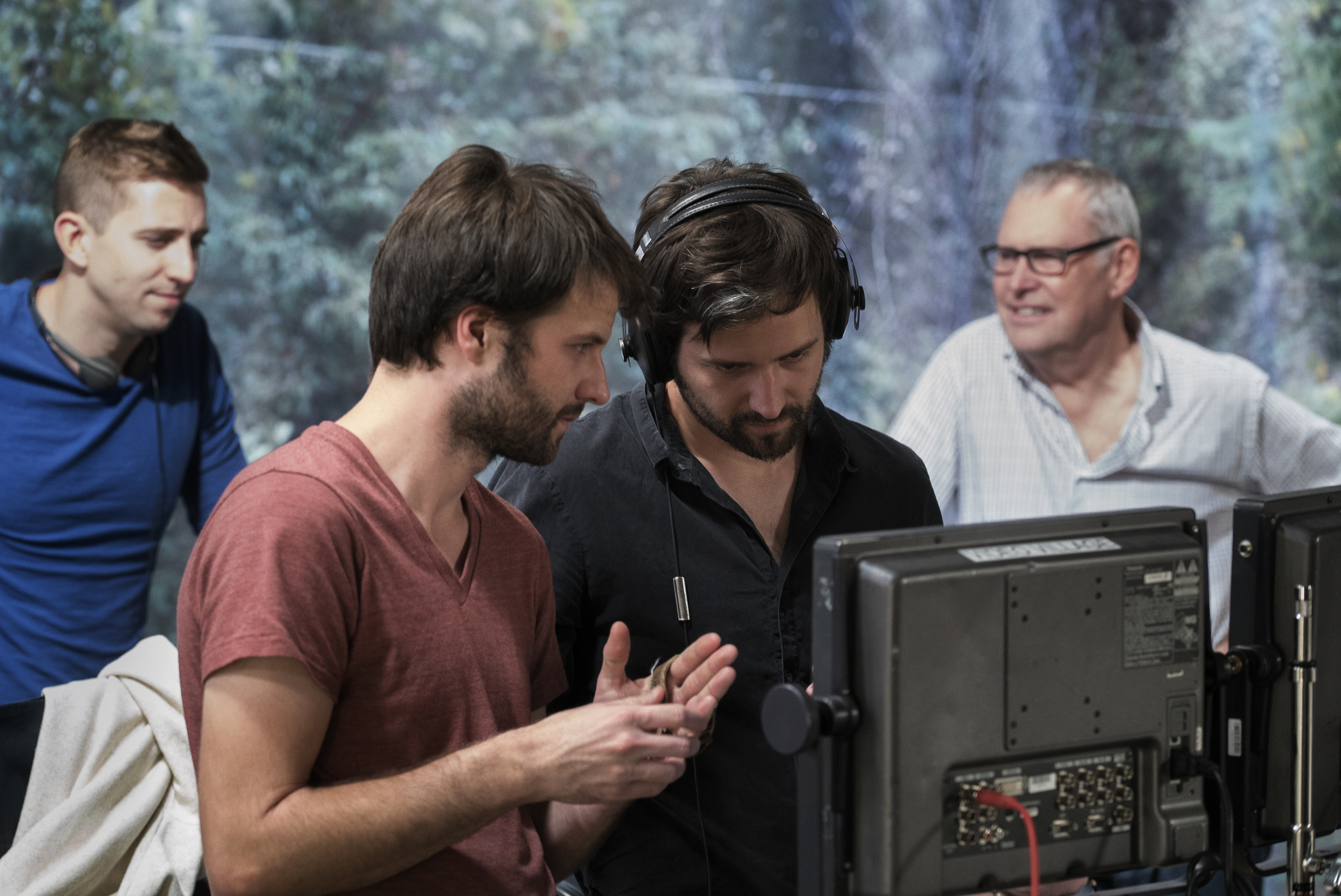 Someday, if those winsome boys in the television drama Stranger Things survive that town with the monster trouble, a creepy scientist and a seriously overloaded electrical grid, they would love the kind of place where filmmakers Matt and Ross Duffer ’07 work the magic that brought us the runaway hit.

The writers’ room where the Chapman University alumni wrote Netflix’s Stranger Things
is quiet, deliberately moved by the Duffers from a Hollywood office to a secluded home high in the Hollywood Hills. Trees encase the second-floor window and balcony, lending a boyish fort-like feel. A good place to chill after madly pedaling your two-wheeler hellbent to rescue a buddy from bad guys, yes?

Indeed. And a good spot to catch your breath if the roaring success of your sci-fi television series outdistances theatre blockbusters, spawns a colossal online fan following and leaves you a little stunned. “Wild” is just one word the 32-year-old brothers use to describe this summer.
Stranger Things started as a bit of a sleeper, but word-of-mouth praise since its streaming debut in July has made it one of Netflix’s
most-watched shows.

Stranger Things is the story of a small town turned on a tilt when a young boy named Will disappears, a strange little girl arrives and a paranormal mystery unfolds. Much has been written about its homage to otherworldly dramas of the 1980s like
E.T.and The Goonies.

But it’s also about much more, say the Duffers, who studied directing at Chapman’s Dodge College of Film and Media Arts. Sitting in their airy tree-lined space on a recent afternoon, the brothers shared insights into the message they tried to convey in the story, the wild ride of the summer, and the Chapman experience where it all began.

So, first of all I want to say I’m very worried about Will.

Matt Duffer: (smiling) I’m worried about Will. The whole idea is that they did bring him back, but he’s been in this environment, “the upside down,” for about a week, which can’t be healthy. That’s something we’re interested in potentially exploring and what kind of effect that would have on him physically and psychologically. Not good, it’s not good.

Reviews have been terrific – The New Yorker, The New York Times and even Stephen King praised it. But it’s been really fun to watch the fan response on social media. People adore those kids and this story. Has this summer been a whirlwind for you?

Ross Duffer: Yeah! We didn’t know what to expect. Netflix is a big company, but really it’s a small group of us putting this together, and we were in this little bubble. We were all excited about it, but we had no idea that it would have this response.

Matt: People started to say check out Twitter. And now it’s addicting. But it’s fun. People post funny stuff, and you can’t help but stumble across some of the fan art that people are doing. Some of the fan art is really awesome.

In other interviews you’ve compared yourselves to your characters – the nerdy kids playing Dungeons and Dragons and poor Barb the uncool teen. But what about Jonathan, another uncool teen, this one behind the camera, communicating through his art? Is there a little of you in Jonathan?

Ross: (laughing) We weren’t stalking people with our cameras, but yeah, we obviously were going around making movies. … That outsider who doesn’t have a ton of friends but is trying to make art – there’s definitely a lot of us in that.

Hooking a lot of the dramatic action to such young characters can be tricky. How did you sell that idea?

Matt: Our argument and pitch to Netflix was that it works on two levels. You can have 12-year-olds watching the show and they’re going to relate to these kids and they’re going to feel like they’re having an adventure just like we felt when we were their age watching
Goonies. And it’s also going to work for people our age and older who grew up on these films.

What about your experience at Dodge College helped foster your filmmaking careers?

Ross: You can try a lot of different things (at Dodge). … It gives you a safe place to play around. A lot of people come into film school and want to – and we made the same mistake – they want to make a masterpiece right away. And it’s like, just focus and try to tell a story.

Matt: When you move into Dodge it’s this beautiful community of film nerds and they’re all into the same stuff that you’re into. … That’s what’s key — being in a group of really, really smart kids who love the same things we did.

A charming element of the Stranger Things’ plot is seeing how the boys teach the little girl called “Eleven” and raised in a laboratory to be a human, how to be a friend, how to trust people.

Ross: There’s something so innocent and sweet about how central friendship is to them. When you really boil it down, that’s what really matters. It’s those very simple life lessons – being a good friend can go a long way.

Matt: On television there’s been this huge avalanche of shows with antiheroes. A lot of our characters are goodhearted people. And they have a lot of compassion.

Was that your universal truth, or a theme you were trying to convey?

Ross: I hope so. … Even when there’s darkness, people leave the show feeling a bit of hope there. … It’s about these friends that are there for each other no matter what, that there’s this mom that’s there for her son no matter what. And to us there’s something both universal, and hopeful, about that. … That’s where we wanted to go.