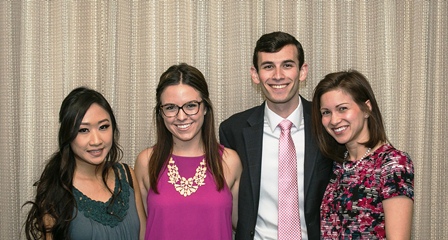 Crystal Nguyen, of Orange Coast College,  was the winner of the Greenberg Gross-Frank Mickadeit Scholarship for $2,500.

Mickadeit was graduated from Fowler School of Law in 2013.

The scholarship awards were presented to the Chapman University students at the May 18 Press Club gala.