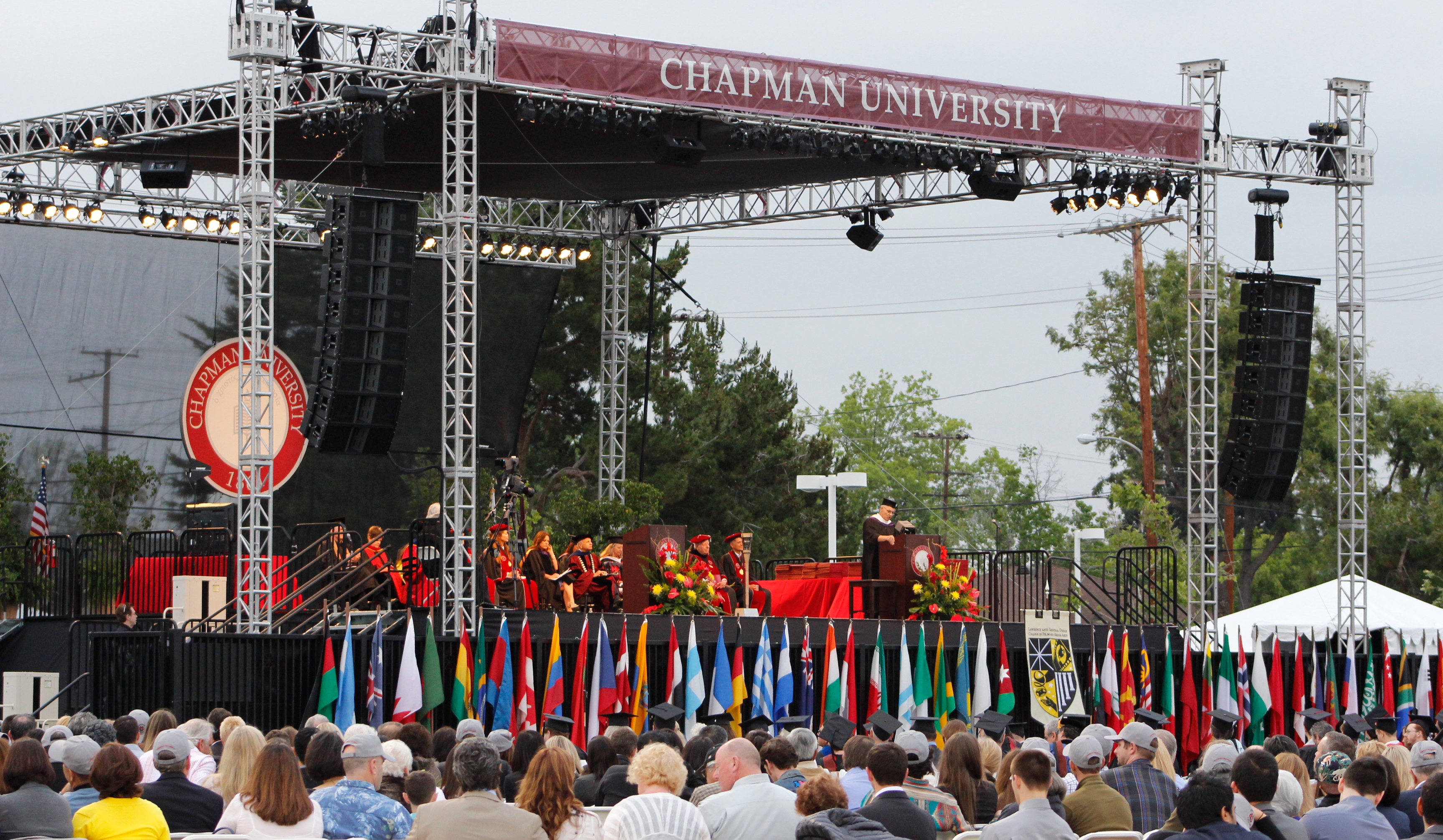 In many ways Andrew Vo ’15 and Jasmine Johnson ’15 are typical Chapman University students, just two of the happy 2,393 graduates who will receive diplomas during Commencement 2015.

They worked hard in high school to make their way to Chapman, led clubs, performed community service, pushed themselves to take on extra majors and have their favorite places for a little refueling – Randall Dining Commons for Vo and Chapman Coffee House for Johnson.

But there are some twists in their stories. Vo is 19 years old, the son of Vietnamese refugees and one of the youngest graduates in Chapman’s history, motivated by his uncle’s death from cancer to pursue medicine. Johnson grew up homeless and was constantly on the move with her mother and brother, struggling with poverty and hunger.

Then they found Chapman University and it was the beginning of new chapters for both.

No time to lose

At first, Andrew Vo’s parents didn’t want their son to fast-track through high school and enter college at age 15.

“My parents told me that they weren’t so sure about it. I convinced them and told them why I wanted to graduate early,” Vo says.

The why behind his ambition was his uncle’s death from colon and liver cancer. His uncle’s disease was complicated by a late diagnosis because he couldn’t afford early detection tests and exams. That’s when Vo decided to attend Pacific Coast High School in Tustin, which offers an accelerated program. He graduated in two years. At Chapman he earned degrees in biochemistry and molecular biology.

His plan now is to move on to medical school and eventually start an affordable cancer screening clinic for men. Among his campus mentors his lists Chancellor Danielle Struppa, who he says has been a help and inspiration. But Struppa says Vo is the inspiring one.

“He will be the kind of physician we all wish we could have. Smart, knowledgeable, and especially compassionate. He will know what needs to be known, but he will also know how to care for a patient with love and affection.”

Not that it’s been all work and no play. Vo loves catching movies with friends, served on the executive board of the Chinese Culture Club and has a particular fondness for Bruxie waffles.

At his mother’s insistence he’ll take a year off school and work at the Keck Graduate Institute in Claremont, where he’ll be a lab manager for researchers working on breast cancer studies.

“It definitely means a lot to me,” he says. “I could not be happier.”

And what does he think of the child prodigy image and the endless references to Doogie Howser, the boy doctor of 1990s television fame? He’s flattered, but amused.

“I really do appreciate all the kind words. But to be forever branded as a prodigy?” he says, with a laugh. “I always like to say, ‘My name is Andrew.’”

A plain residence hall chest of drawers is a wonderful thing when you’ve never had a real home.

Just ask Jasmine Johnson, who grew up bouncing from shelter to shelter, motel to motel. A smile brightens her face as she recalls her freshman move-in day and the joy she felt as she unpacked belongings in her Morlan Hall room. She put her toothbrush into a holder and arranged jewelry atop the chest of drawers. Most vivid is what she did with her old suitcase.

“The biggest thing I remember is pushing my suitcase aside. Because when you’re homeless you live out of a plastic bag or suitcases and for me it was a suitcase. A dingy brown suitcase,” she says.

On that day she was convinced that “home is Chapman.”

Homelessness is not overcome in a day, though. Johnson had managed to excel in high school, despite bouncing around schools in Fullerton, Anaheim and even at the Orange County High School for the Arts in Santa Ana. And she found refuge and support at RYTMO, an after school arts program for young people 14 to 24.

But the transition to university life was a new challenge altogether. Her mother and brother were still homeless and reluctant to let her forge ahead without them. For a time she wasn’t sure how to embrace college life.

With a little help from ‘angels’

A self-described “goal setter,” Johnson applied a razor-like focus to a singular aim – completing her education. She made friends and found community in the speech and debate team and the Black Student Union – she was instrumental in founding the MLK Awards and Black Graduation – and went on to become a residential advisor.

She also credits people she describes as “angels” who helped her along the way, from President Jim Doti to Susan Sams, international student and scholar services coordinator at the Center for Global Education, where Johnson worked as a student assistant. Sams admits she hates to lose such a hard worker, but is confident Johnson will make her mark in the world with her “remarkable and dynamic personality” and work ethic.

Now she graduates with three majors – creative writing, communication studies and television and broadcast journalism. With that trio she plans to build a career in entertainment.

“Reading books and listening to music and watching TV inspired me and helped me through the hard times,” says. “And I just want to do that for other people.”