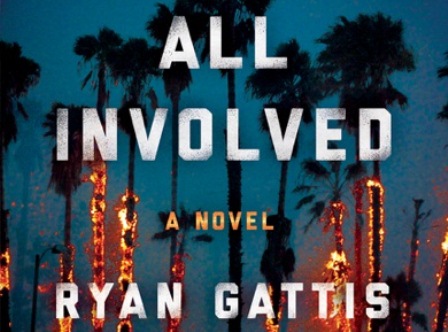 In late April of 1992, Los Angeles erupted in anger, rioting and chaos for six days following the jury acquittal of police officers involved in the beating of Rodney King. On America’s news, citizens watched as city-wide unrest devolved into fiery violence and widespread looting.

Now, 23 years later, Chapman University alumnus and creative writing
adjunct faculty
Ryan Gattis ’01, has written
All Involved
. This collection of fictional first-person essays tells the interconnected stories of firefighters, gang members, nurses, the homeless and others as they react and respond to the crisis.

Gattis’ novel delves into the inner workings of the attitudes, fears, egos and frustrations of a city mired in violence and flaring racial tension, in an historic echo of our modern-day societal unrest.

More than just an homage to a time of violence in the city, the essays tell the human story of everyday life, of all walks, interrupted.

Some are tales of heroic duty, while others are narratives of lives and hopes derailed. Gattis also includes the perspective of murderous revenge using the riots as cover in the novel, as if the character has negatively answered Rodney King’s famous plea of, “Can’t we all get along?”

“All Involved” has gotten a nod on
Twitter
from celebrated author Joyce Carol Oates, who said it held: “Corrosive, timely, vividly realized scenes of urban warfare and dreams, by a writer who clearly knows his subject: the netherworld of Los Angeles in the 1990s.”

The New York Times recently
reviewed
Gattis’ book, saying: “Mr. Gattis does a remarkable job not only as a ventriloquist but also as a Method actor, inhabiting an array of characters: Latino gangbangers, Korean shopkeepers, drug dealers, graffiti artists, a nurse, an anonymous law enforcement officer, a fireman who has learned that working in “one of the heaviest gang-involved areas in the gang capital of the world” is like working in a war zone.”

Look for a full article on Gattis by Dennis Arp in the upcoming issue spring 2015
Chapman Magazine
.


All Involved
is available for purchase on
Amazon.com
.