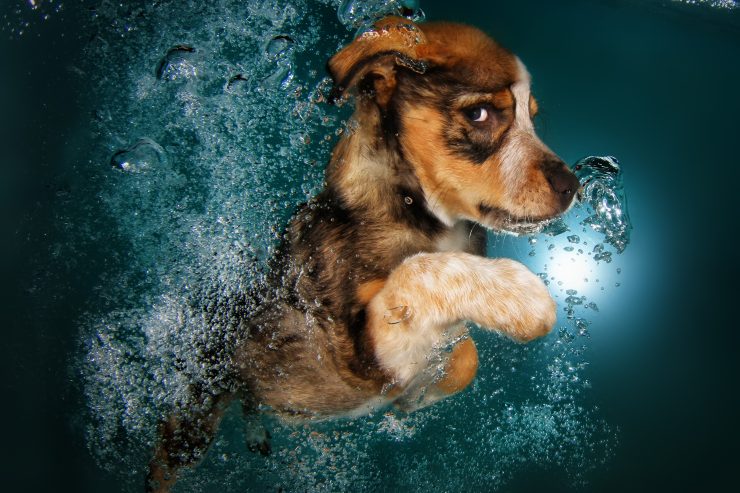 ‘Off The Page’: Paddling Puppies

Photographer Seth Casteel ’03 returned to campus during the Chapman Family Homecoming Celebration in October to inaugurate “Off the Page,” a new series of talks by people featured in Chapman Magazine.

It all started with a Cavalier King Charles Spaniel named Buster. When that precocious pooch
dived into a pool during a photo shoot
three years ago, photographer Seth Casteel ’03 felt compelled to follow. “My life changed that day,” says Casteel, who recently released Underwater Puppies, the follow-up to his New York Times bestselling book, Underwater Dogs. Casteel returned to campus during the Chapman Family Homecoming Celebration in October to inaugurate “Off the Page,” a new series of talks by people featured in Chapman Magazine. A full house in Irvine Lecture Hall heard Casteel tell of how he transformed his love of animals into a one-of-a-kind career. Oh yeah, he also displayed some of the images that his publisher says have been seen online and in print by more than a billion people. Looks like there’s plenty of underwater love to go around.

Have a suggestion of an ‘Off the Page’ talk you’d like to see? Let us know at magazine@chapman.edu. 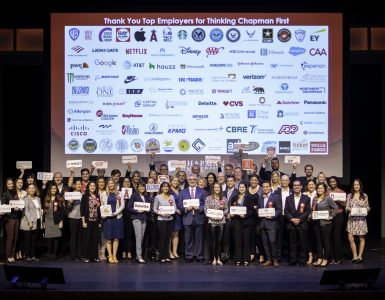