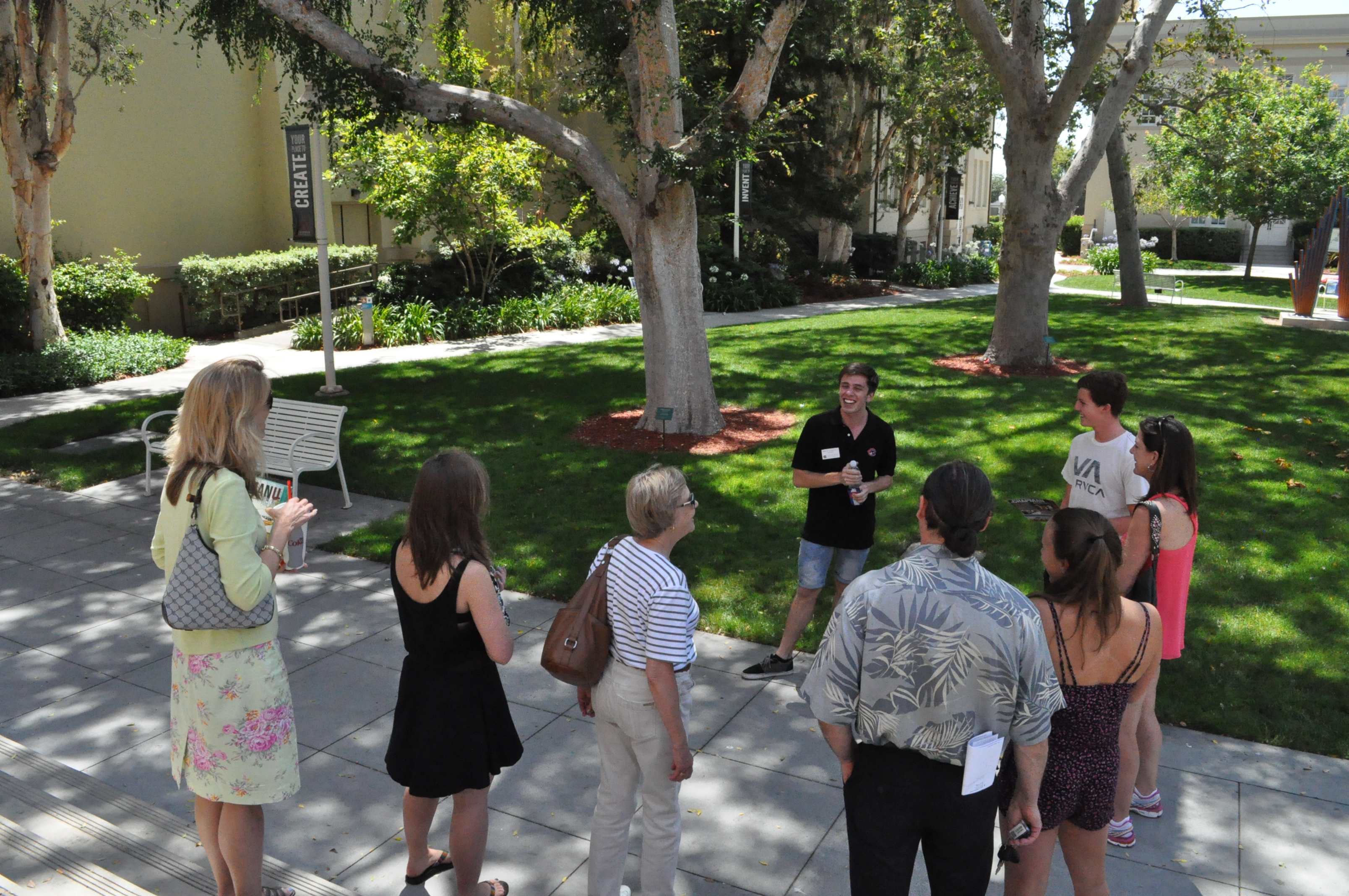 Math major formulates jokes for five seasons of “The Middle”

In calculus, a formula will help you find the derivative of a function. But what about the formula to set up a joke?

Brock Ciarlelli ‘15, a math major who has a recurring role on ABC’s
The Middle
, uses the analytical side of his brain for math studies as well as for screen acting. The right side of the brain, often regarded as the creative, imaginative and artistic side, is critical for acting. But in Ciarlelli’s case, his math background enhances his approach to comedic acting — and gives him a competitive edge in the industry.

“When I meet with agents and managers, it’s definitely my math major that stands out as something different. It’s an added element that a lot of other actors don’t offer,” Ciarlelli said.

Ciarlelli has been able to apply his “math side” to his acting in
The Middle
, in which he plays Brad Bottig, Sue Heck’s
theatre-loving, tap-dancing now-ex-boyfriend. “For this character, I really try to trigger the math side of my brain because there’s a certain formula to setting up a joke — the delivery. It’s very deliberate,” Ciarlelli said.


Ciarlelli is able to balance his very analytical, precise reasoning with his creative, imaginative acting skills. “It’s almost ironic,” he said. “Math is very strict and rigid, with only one answer. But acting has lots of answers. And I love being able to bounce back and forth between both.”

Math was always Ciarlelli’s favorite subject in school, so when he came to Chapman, he decided to double major in math and screen acting. However, when he needed to drive to Los Angeles for auditions and shoots, Ciarlelli had to drop the screen acting major; his busy acting schedule didn’t allow him to do both.

But this wasn’t a setback. In fact, his math professors have been extremely supportive, helping Ciarlelli balance his academic life with his acting career. “Numerous times, professors created an exam that I could take early, and they also came to campus on weekends to tutor me,” Ciarlelli said. “This really shows how great the math department at Chapman really is.”

“Brock is a very talented student, and it was never a problem to accommodate his schedule into a course,” said Ciarlelli’s math professor
Peter Jipsen, Ph.D.
“After all, this is what we hope to do at Chapman, challenge students via personalized education on an individual level.”

Ciarlelli has played Brad Bottig for all five seasons of
The Middle
, and ABC renewed the series for a sixth season. He also won ”Best Performance in a TV Series” from the
Young Artist Association
in 2011, 2012 and 2013.

“Math — always in unexpected ways — has really helped me become a better actor,” said Ciarlelli. This is one formula that will surely equate to even more awards for the rising star.


Photo above: Brock Ciarlelli leads a tour of the Chapman University campus to prospective students.