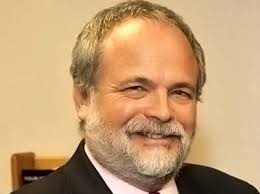 The corruption scandal that rocked the city of Bell, Calif., landed its city manager in jail and led to stricter accountability of public servants at city halls throughout the state, will be the subject of

The corruption scandal that rocked the city of Bell, Calif., landed its city manager in jail and led to stricter accountability of public servants at city halls throughout the state, will be the subject of a book and conference organized by Fred Smoller, Ph.D., associate professor in the Department of Political Science at Chapman University.

Deconstructing Bell will be supported by a $50,000 gift from Fieldstead and Company, an Ahmanson family philanthropy. The project will assemble scholarly essays analyzing the scandal that involved the misuse of millions of dollars of taxpayers’ money.

“After journalism does its thing and after the law does its thing, the academics come in and try to figure out what’s leading to these problems and how we can prevent them from happening again,” Smoller said.

The key role played by journalists at The Los Angeles Times will be part of Deconstructing Bell, however. Among the contributing authors will be Los Angeles Times reporter Jeff Gottlieb, who along with Ruben Vives, was awarded a Pulitzer Prize for investigating and breaking the story.

Smoller hopes the project will remind voters and community leaders that municipal governments need watchdogs. The need grows ever more critical as newspapers trim staffs and cut back on city hall coverage, he said.

The Deconstructing Bell conference is planned to be held on campus in February.