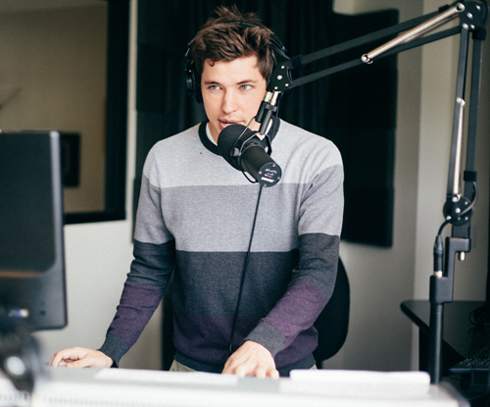 Russell was recently featured in a Q & A story on Locale Magazine. He has also appeared in the Coastline Pilot, LagunaBeach.com, and the OC Register, among others.

Russell grew up in Tucson, but Orange County started to feel like home during his time at Chapman University. He designed his own degree in multimedia journalism, and worked for Chapman Radio first as an on-air personality and then as general manager.