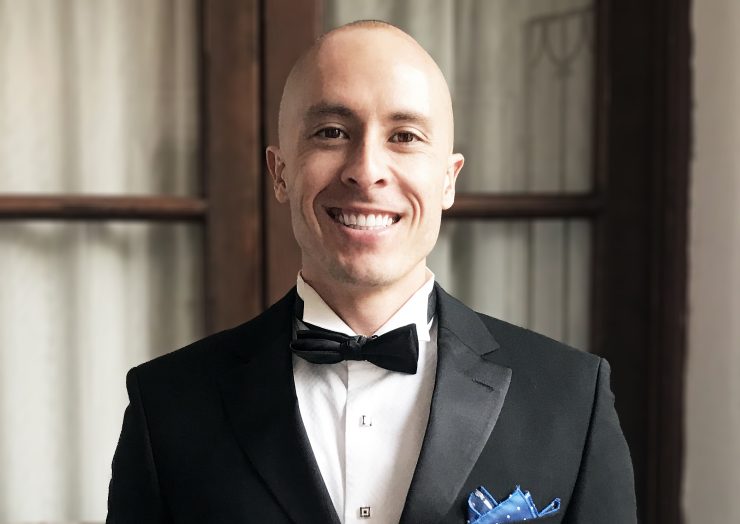 Chapman University Presidential Fellow Joshua B. Fisher is in the top 1% of scholars in his field for citations, according to scientific research service Clarivate.

Fisher, a Presidential Fellow in Ecosystem Science in Chapman’s Schmid College of Science and Technology, has made Clarivate’s Web of Science 2021 Highly Cited Researchers list, which includes 24 Nobel laureates. He is the first faculty member in Chapman’s history to be on the list.

Fisher says his research motivation comes from “a combination of interdisciplinary climate change puzzle solving, connecting with nature and the outdoors, and doing something to help our planet.”

“The recognition indicates that my work is making an impact and is helping advance scientific fields and knowledge,” says Fisher, who has been cited by colleagues more than 19,000 times. “That said, this achievement is genuinely a team effort, built from a network of support, collaborators and students.”

Fisher, a climate scientist who studies water, carbon and nutrient cycling in land ecosystems around the world, has been on the Highly Cited Researchers list three times before. He has written over 200 research papers.

“My colleagues and students at Chapman in particular are outstanding, and the institution fully supports this pursuit of scientific excellence,” he says.

Fisher, who worked at NASA’s Jet Propulsion Laboratory before coming to Chapman, was lead scientist for a mission on the International Space Station called ECOSTRESS. Recently, Fisher worked with Chapman Professor Gregory Goldsmith and a graduate student from Columbia University, Savannah Cooley, on the first global analysis of a key ECOSTRESS dataset on plant water use and growth. That study was published earlier this month in the prestigious journal Nature Plants.

The study found that around the world, plants of the same type often had similar efficiency in water use, regardless of where they grew.