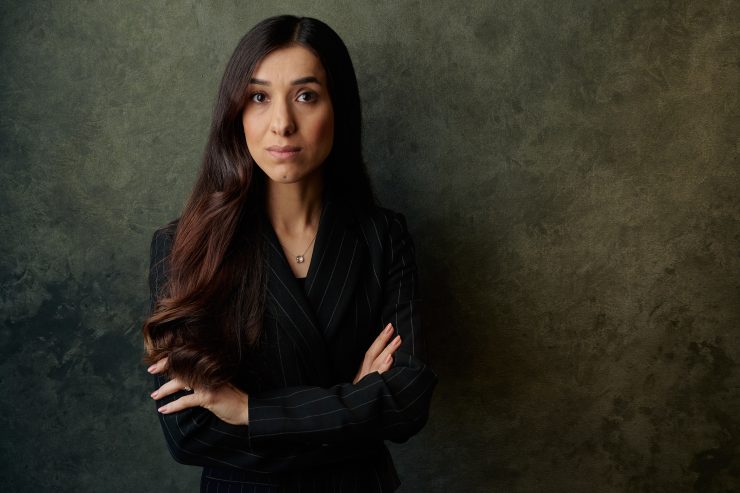 Chapman University has announced that Nadia Murad, a human rights activist and Nobel Peace Prize Laureate, will be the keynote speaker at the university’s 2022 Commencement ceremony. The event will mark the beginning of Murad’s appointment to a three-year term as a Presidential Fellow at Chapman.

Murad was born in the village of Kocho in the Sinjar District of Iraq, a region populated mostly by the Yazidi, an ethno-religious minority indigenous to northern Iraq. In 2014, Islamic State militants attacked her home and killed hundreds of men and older women in her village, including her mother and six of her brothers. Murad herself was captured – one of more than 6,500 Yazidi women and children taken into slavery. She was later able to escape and was smuggled out of the Islamic State’s territory to a refugee camp in the Kurdistan Region of Iraq.

Murad chronicled her story of survival in her book, “The Last Girl: My Story of Captivity, and My Fight Against the Islamic State,” and has since become a leading advocate for both gender equality and survivors of genocide and sexual violence. In 2016, Murad became the first United Nations Goodwill Ambassador for the Dignity of Survivors of Human Trafficking. In 2018, she won the Nobel Peace Prize.

“I am proud to serve as a Presidential Fellow at a university that is dedicated to seeking truth and fostering thoughtful global citizens,” said Nadia Murad. “I was 21 when my village was attacked, and I began my journey as an activist. I hope to educate and inspire Chapman students – many of whom are the age I was then – and impart that they too can make a difference. Together, we can make the world a better place: one where marginalized communities are protected, survivors are supported and gender equality is the norm.”

“Chapman has never shied away from the dark places of human history,” says Chapman University President Daniele C. Struppa. ”We shine a light on them, to remember, and to find the lights that are shining back. Nadia Murad is one of those lights. Her story inspires us not because of how she has suffered, but because she has become a voice for global change. That is the message we hope to impart to our students.”

The three-year appointment as Presidential Fellow will allow Chapman students to interact with and learn from Murad on multiple occasions. In recent years, students in Professor James Brown’s First-Year Focus Course “Difficult Histories and Critical Theory” and the Leadership/Peace Studies course “Critical Discourse, Social Change, and Positive Peace” have had the opportunity to talk with Murad via Zoom and hear her story first hand. Says Brown, Ph.D., “The narrative of her personal experiences during the genocide and her approach to recovery with Nadia’s Initiative provide the perfect illustration of the impact of destructive and polarizing ideology and the power of transformational leadership and positive peace efforts.”

Murad’s advocacy work focuses on raising awareness of the Yazidi genocide, preventing the systemic use of sexual violence as a weapon of war, and protecting marginalized communities, in part, by improving gender equality. She founded and serves as president of Nadia’s Initiative, an international NGO dedicated to rebuilding communities in crisis and advocating for survivors of sexual violence.

Nadia’s Initiative uses a comprehensive peace-building approach to the process of rebuilding and recognizes that reconstruction efforts must be developed in conjunction with survivors – local solutions to local problems. The Initiative implements programs in the Sinjar region of Iraq that are community-driven, survivor-centric and sustainable. This approach empowers survivors and helps to re-establish a sense of community.

Central components of Nadia’s Initiative’s work are ending the use of women and girls as weapons of war, seeking justice and accountability of Islamic State perpetrators and enabling survivors to heal and rebuild their lives.