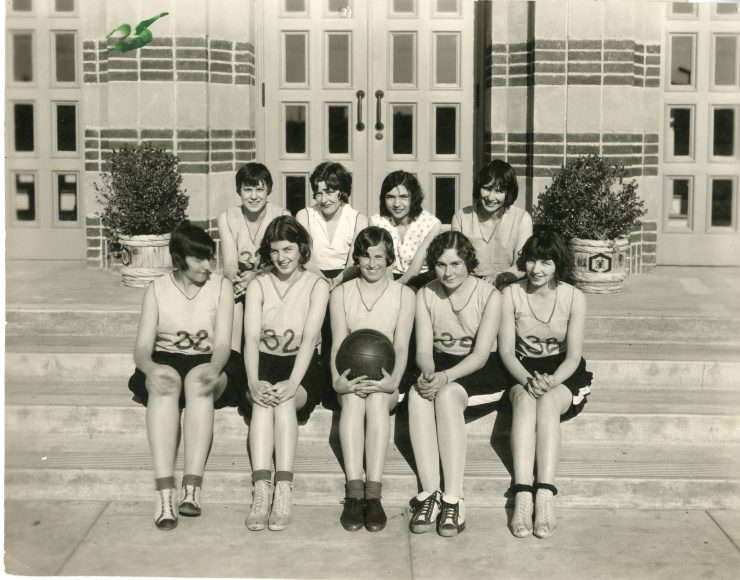 Archive Dive, ’20s Style Join us for this yearlong look at Chapman then and now.

While New Year’s brings on the resolutions, it’s also a time to look back on the past. As we enter this new era of “the ’20s,” we decided to take a retro theme and look back at Chapman’s “Roaring ’20s.” We’re digging through our archives and bringing out the best to share in occasional installments throughout 2020. Special thanks to Frank Mt. Pleasant Library of Special Collections and Archives for helping make this happen. They’re the bee’s knees.

Basketball was the main sport available to women at Chapman in the 1920s. It was first formally organized as an official team in 1925, when we were known as California Christian College in Los Angeles. Pictured at the top is the freshman class team from 1929. Only five players would make it to the level of “Lettering” in their sport each year. To earn their sports letter, they competed in a year-round contest of good grades, positive health habits, physical exercise and adhering to a strict code of conduct, to accrue 300 points or more to win.

While the sport has changed (and so has the footwear), basketball remains a cornerstone of athletic achievement at Chapman a century later. Now, the 300 or more refers to the number of winning games our Panthers have had under the guidance of State Department sports envoy and coach, Carol Jue who toured in Taiwan, speaking on engagement and empowering women.

The enduring impact of sports in the lives of women was recently the subject of alumnae April Abeyta’s ’00 documentary, After the Game, in which Abeyta explored the dedication, endurance and discipline that translates from sports into the world of personal and professional success.

Learn more about basketball at Chapman, or go on an online history hunt of your own in our  Frank Mt. Pleasant Library of Special Collections and Archives. 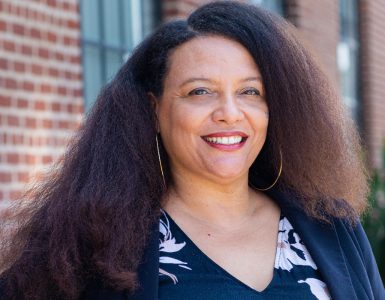 As director of Black excellence and achievement, one of my goals is to increase the number of Black students on campus. Therefore, it is imperative that our university is present in Black community spaces; creates a...