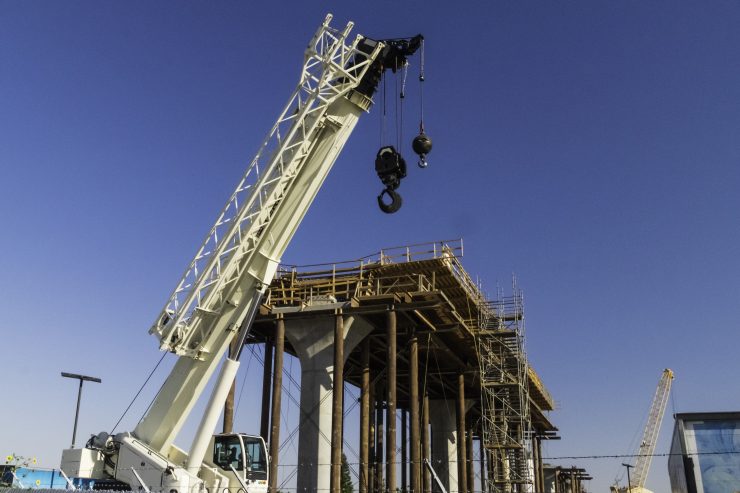 Attend the Conference: The Future of Transportation. Free. RSVP to Events@Chapman.edu

Gov. Gavin Newsom’s decision to curtail California’s high-speed rail plan might have surprised some, but the new direction reflects the disfavor many residents already felt for the $77 billion project, says a Chapman University political science professor.

Final results of the Chapman University Orange County Annual Survey directed by Professor Fred Smoller reveal that the majority of survey respondents do not support high-speed rail.  Of those who expressed an opinion, 55 percent were opposed to the project. By contrast, most support regional light rail, lending credence to the adage that all politics is local.

It doesn’t solve the problem they have of getting to the airport on the 55 Freeway.

“They didn’t’ see the need to have a high speed rail. It doesn’t solve the problem they have of getting to the airport on the 55 Freeway,” Smoller says.

Smoller will present the report’s full findings at the University’s Fifth Annual Public Policy conference on March 27, this year fittingly focused on the theme “The Future of Transportation.” Dan Richard, former chair of the California High Speed Rail Authority, and Michael Dukakis, professor at the UCLA Luskin School of Public Affairs and former Massachusetts governor, will be among the conference panelists.

Most of the survey was conducted prior to Newsom’s announcement. But the findings spotlight attitudes that Smoller says the governor apparently already understood — the lack of support for high-speed rail is a political hurdle too big to clear.

“You really need to have a culture of rail. In Spain, France, Germany and to some extent the East Coast, what they all have in common is that the people are used to riding on trains,” he says. “I think we jumped over that. We said we’re going to go from a cult of auto to a cult of rail.”

Orange County residents indicated solid support for light rail, such as the OCStreetcar project designed to support Metrolink service. Planners and government leaders should aim for more investment in such projects because they address regional traffic problems and might ease Californians into that travel-by-rail tradition that thrives elsewhere, Smoller says.

Although his survey focuses on Orange County, Smoller believes the area’s support for light rail parallels that in neighboring Los Angeles County, which has embraced projects like the Crenshaw/LAX Line designed to connect residents to employment hubs, community colleges and the greater region.

Let’s build out the stuff we know how to build.

“The beauty of mass transit is that it unites the community and allows it to build itself because it’s easier to get around,” he says. “Let’s build out the stuff we know how to build, like the light rail in LA and San Francisco and eventually attach it.”

The conference, made possible with support from a grant from Fieldstead and Company, is free and open to the public. More information and online reservations are available at the The Future of Transportation website.

Display image at top/Construction along a portion of the high-speed rail project near Fresno, Calif. (Getty Images)

Joy Juedes
Attend the Conference: The Future of Transportation. Free. RSVP to Events@Chapman.edu