Pushy Male Coworkers Can Hurt the Bottom Line Hunger for status drives men to advance themselves rather than the team, according to Argyros School research.

Are you a businessperson who expects all your employees, regardless of gender, to cooperate equally and always keep the company’s mission as their top priority? New research from Chapman University’s Argyros School of Business and Economics shows that you may have to work hard to make that happen.

Because when status is involved, men have a mean streak that hurts not just others but also the bottom line, according to Terence C. Burnham, Ph.D., associate professor in the Argyros School.  In a computerized cooperation game, men were more likely than women to push aside colleagues and diminish their group’s best interests if it boosted their personal pecking order in the organization.

“We found that men were super willing to punish other people. And in this setting, it pushed them up in rank,” says Burnham, who discusses the research in the paper Gender, Punishment, and Cooperation: Men Hurt Others to Advance Their Interests, published in the American Sociological Association’s special issue of “Socius” that focused on gender and politics.

The professor draws the findings from an experiment in which participants played a series of computerized public-good games in a laboratory in Chapman’s Economic Science Institute. The game is a well known economic tool used to explore cooperation. In the game, each person has an opportunity to help the group at personal cost. In the standard version, this behavior reveals altruistic intentions.

However, the experiment used this setting with another game option – the ability to impose penalties on others – often used to punish selfish people. Players had the opportunity to earn small cash rewards for cooperating. But in this study, men were willing to sacrifice some financial gain for improved status.

Implications for the Workplace

It’s not hard to see lessons for the real world, where stakes are higher. Take, for example, team evaluations sourced from co-workers.

“The implications for the workplace are that you have to be careful when you design your incentive structure and your feedback structure,” Burnham says. “Let’s say you did a 360 review where every employee can review other employees. You might think, ‘Oh, they’re just going to do the right thing and help the bosses figure out who the good employees are and who the bad employees are.’ What this experiment suggests is – no. We should be a little smarter about human nature. People might do these reviews strategically. They might be tearing down a rival, they might be building up their friends, they might have other motives than purity and honesty and good for the group.”

You may be nodding knowingly right about now. But it’s more complicated than that, Burnham explains. To our credit and survival, cooperation is a hallmark of human behavior. Unlike most other animals, humans are generally pretty good at cooperating with non-relatives and strangers. It’s just not the only factor in play, he says.

“It’s not that we’re selfish, but we’re always self-interested,” says Burnham, who has written about human economic behavior in his books “Mean Genes,” co-authored with Jay Phelan, and “Mean Markets and Lizard Brains.”

Burnham acknowledges that some social scientists disagree. They contend that people like to put the kibosh on others’ bad behavior because they believe they are aiding the common good. The theory of “altruistic punishment,” sometimes called “strong reciprocity,” reasons that the group will discourage unacceptable conduct in this manner, and the do-gooders will even experience a dash of glowing virtue in the process.

These new findings shine a light on that reality, he says. More research is needed to better understand how bias and gender play out in the working world, so that potential strategies can be crafted to alleviate it.

Build a Culture of Cooperation

“One size may not fit all; thus, we need to know more about who cooperates and in what way to produce desired outcomes,” Burnham writes in the paper.

Such insights could contribute to a better working world and outcome for everyone. 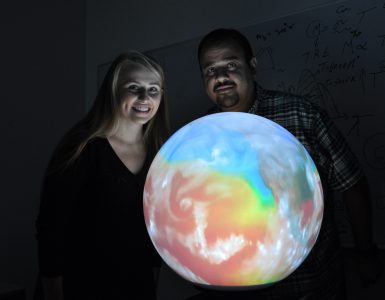 What do you do when an intricate ecosystem of trees and roots disappears? This was the mystery presented to researcher Hesham El-Askary, Ph.D., a professor in Chapman University’s Center of Excellence in Earth Systems...