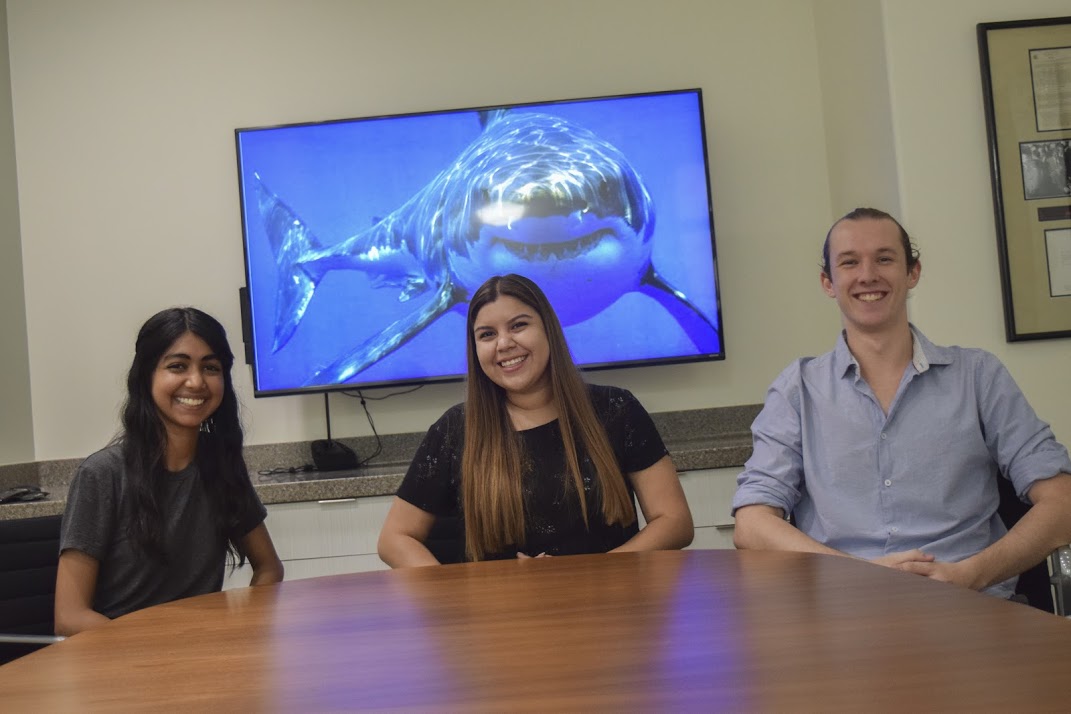 Nothing to Worry About Shark Week is frightfully fun, but those big fish barely register in the Chapman Survey on American Fears.

Swimming with the sharks is not Natalie Gallardo’s idea of a good time. So no way will she take part in that unofficial summer holiday and cable television mainstay – Discovery Channel’s Shark Week, now in its 30th year.

But the toothsome creatures will take a bite out of her summer days. Gallardo ’18 is among a handful of summer research assistants helping analyze the newest results from the Chapman University Survey on American Fears. The two political science alumni and one sophomore on the team can’t yet discuss specific findings of the latest set of data from the annual national survey led by faculty from the departments of Sociology and Political Science. However, as if cued by a Hollywood director, sharks are back on the list for the second year in a row.

Last year 1 in 4 Americans said they feared sharks, landing them at No. 41 in the overall tally of things people worry about.

Respondents from the West Coast were a little less concerned about becoming shark bait. That makes sense to fellow student researcher Kai Hamilton Gentry ’18, who grew up surfing in the waters off Northern California, an area where white sharks are common.

“It’s interesting to see the effect that different events are having on our lives and American thinking,” Sheth says.

The students take heart in that perspective. After all, marine biologists have long countered that films ranging from the Oscar-winning “Jaws” to the campy “Sharknado” series have inaccurately demonized sharks. And from the students’ view of the Chapman Fear Survey, they’re convinced that people have – ahem – bigger fish to fry.

Says Gentry: “I think people have other things they’re a little more worried about.”

Display image at top/Working on the Fear Survey data this summer are, from left, Shreya Sheth ’21, Natalie Gallardo ’18 and Kai Hamilton Gentry ’18. For Gallardo and Gentry, this is the third summer helping out with the research. It’s Sheth’s first. (Photo/Livi Dom ’20)