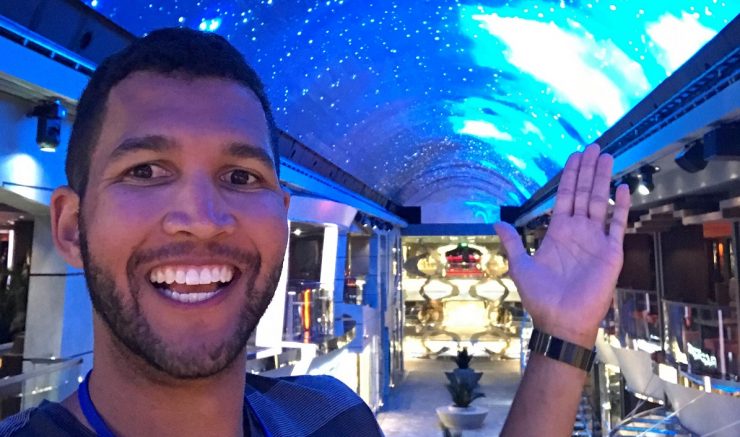 Mike Lee ’13 grew up in Southern California loving the “spectacle of theatre.” His grandmother and sister were actresses in community theatre. In addition, he’d watch theatrical shows at Disneyland wondering how the magic happened. He’d go home and try to replicate the lighting and sound, enlisting his nieces and nephews to perform in his backyard productions.

Today Lee is a support integrator at TAIT, a world marketing leader in creating, designing and engineering equipment for live events. He helps troubleshoot systems for shows by resolving issues with the automation platform and electrical work.

Lee works at TAIT’s headquarters in Pennsylvania, but his projects take him around the world, including to Abu Dhabi and aboard cruise ships like the MSC Meraviglia.

He thrives in a career with experiences that are unique and unexpected. He says it’s rewarding to hear an audience gasp at features on which he has worked.

“The wonder you get to add to someone’s life makes this work worth it,” he said.

At Chapman, Lee stepped into the unique career niche of theatre automation when his professor, Don Guy, took him to a symposium featuring the artists of Cirque du Soleil. Lee spoke with a representative at the event who did automation and learned it was similar to lighting and technical direction. He then landed an internship with Cirque du Soleil.

“I love that there is a new challenge to conquer every day,” Lee said. 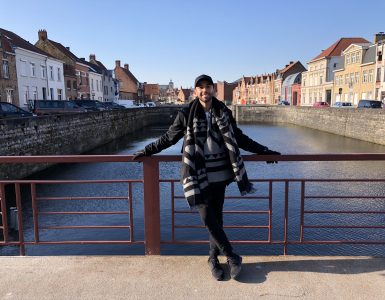 Jesse Gutierrez (MLD ’16) turned pandemic time to opportunity and founded Hymn, a coaching and consulting firm that promotes DEI via education and celebration.

Michael Houston ’97 has been appointed Chief Counsel for the Southern California Association of Governments (SCAG), the nation’s largest metropolitan planning organization. Houston, who has a BS in political science...