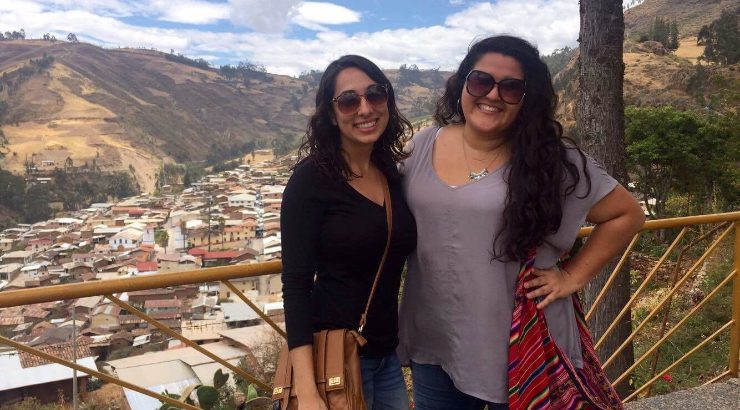 Paula Mattison (MBA ’15) joined the Peace Corps because of her love of travel and her desire to help others in sustainable ways. But helping members of her Peruvian community write business plans without the tools of technology felt like trying to make soup without a pot.

“The unfortunate thing is that many of them do not have basic calculators to do math,” she wrote in a series of emails to Thomas Turk, Ph.D., professor of management and interim dean of Chapman University’s Argyros School of Business and Economics.

Then Mattison took a chance. “It might be a lot to ask,” she wrote to Turk, “but I figured what’s the harm in asking, right?”

Turk responded the same day: “Just let me know how many calculators you need, what type and where to send them.”

So 100 calculators made their way from Chapman to Contumazá, Peru, where Mattison was completing two years of service.

“The people in these workshops came by foot, if needed, sometimes walking two to three hours just to attend,” she wrote.

“Two-thirds of our work is to foster an exchange of cultures between the United States and our host country,” Mattison wrote. “I have gained so much more from being here than my community has. They aren’t kidding when they say, ‘It’s the toughest job you’ll ever love.’”