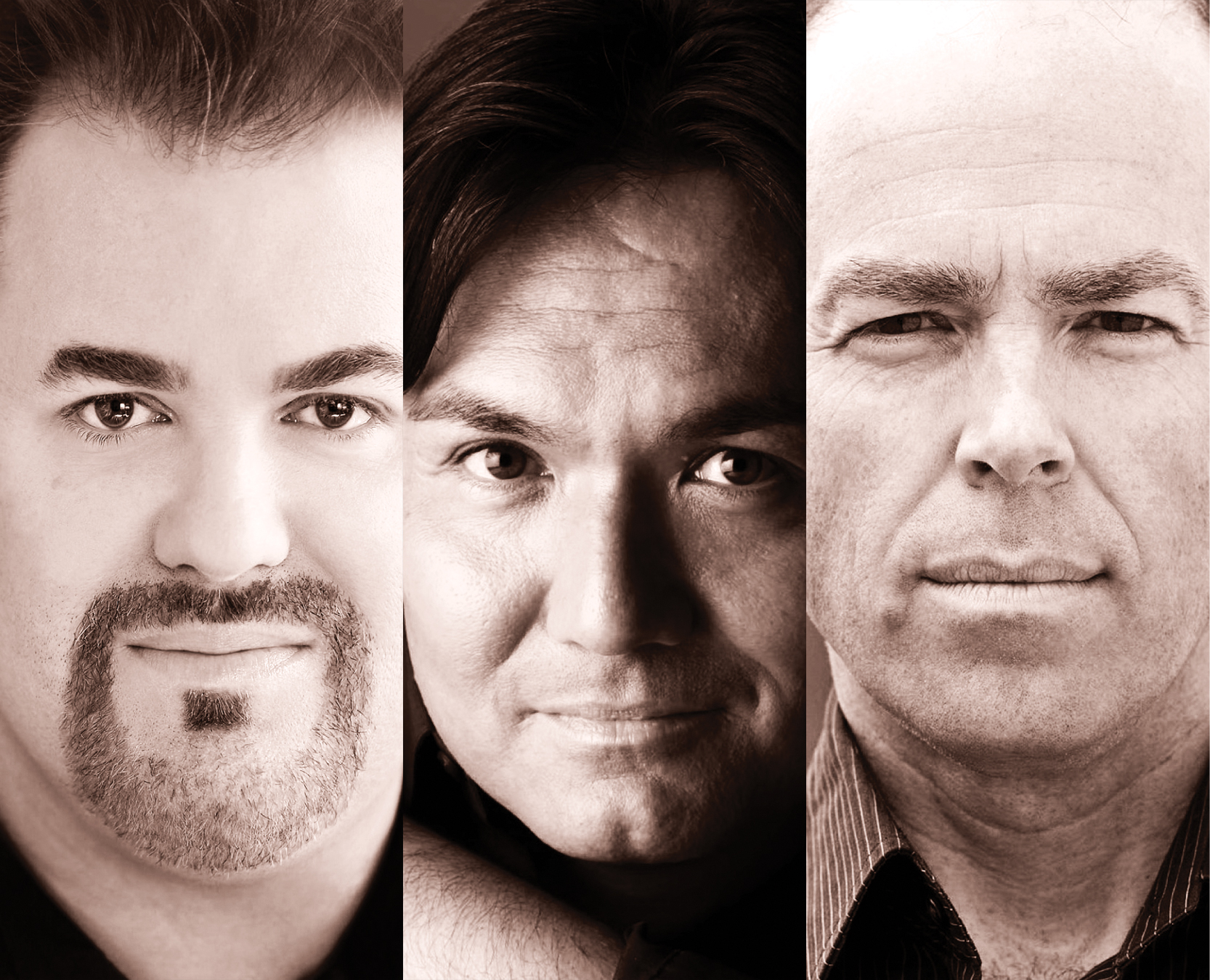 The old saying goes that trouble comes in threes. Don’t believe it. At Chapman University, it will be all good when a trio of internationally recognized opera alumni take the stage for “A Three-Tenor Valentine,” a special performance at the Musco Center for the Arts on Saturday, Feb. 10, at 7:30 p.m.

Even the performers are a little giddy about this beloved tradition of combining three voices for an evening of big, lush operatic sounds.

“It’s going to be fun to sing in a true “Three Tenors” concert – a rite of passage for any tenor,” says Vale Ridout ’95, who has performed throughout the U.S. and Europe, including as a soloist in Britten’s War Requiem under the direction of Lorin Maazel for the LA Phil.

Sledge’s recent appearances include a return to the Welsh National Opera for performances in two leading roles – Lorenzo in The Merchant of Venice and Macduff in Macbeth. He also sang with the Metropolitan Opera, Vancouver Opera and Canadian Opera. He returns to Santa Fe Opera this summer.

Adding to that trio of Panther Pride will be pianist and Chapman faculty member Paul Floyd, who will accompany the tenors.

Sledge will also conduct a master class on Thursday, Feb. 15, from 1:30 to 2:30 p.m. in Salmon Recital Hall. The class is open to the public to observe free of charge.

Concert tickets are $30 to $50 and can be purchased in advance through the Musco Center online box office.