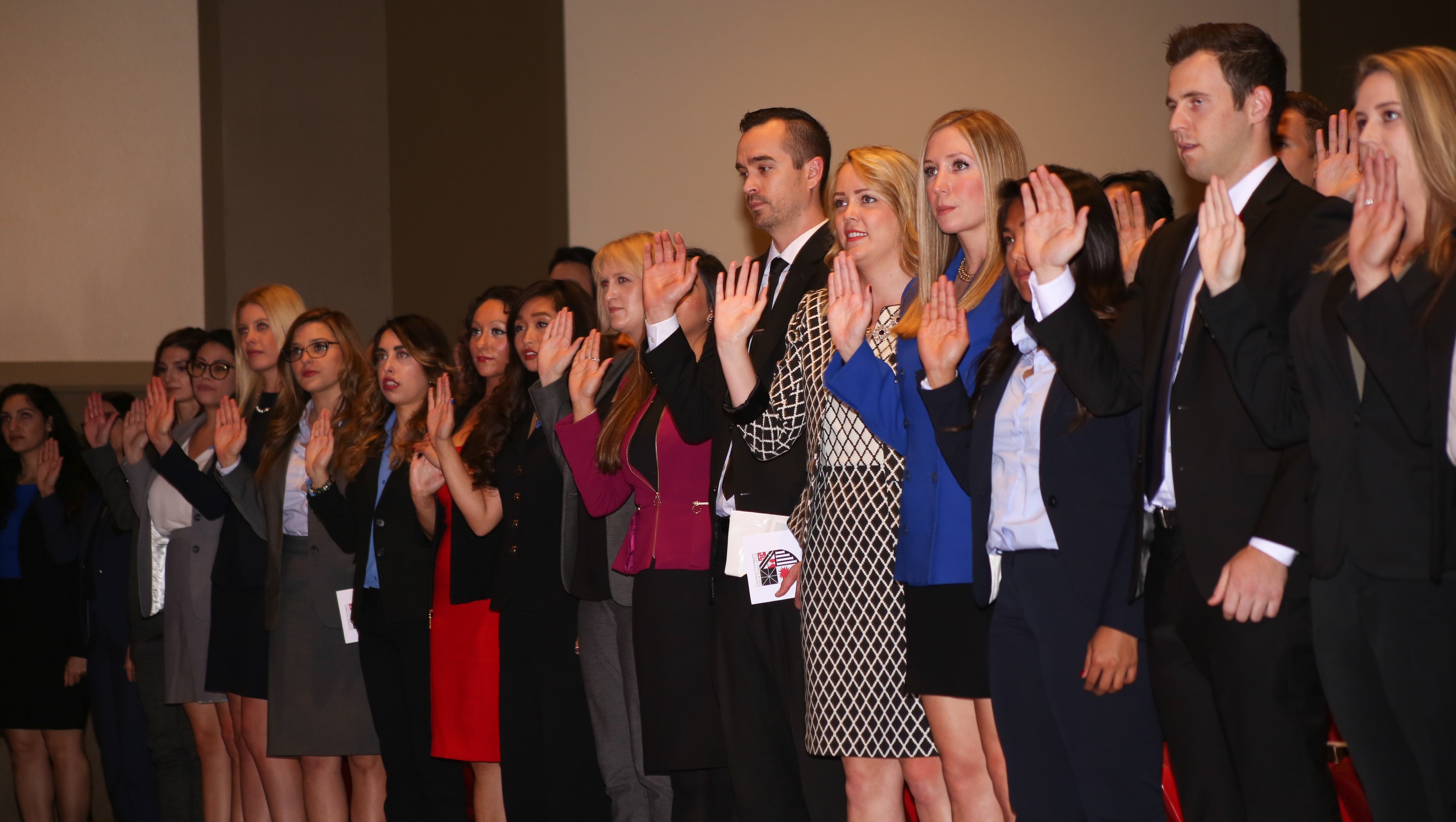 Fowler School of Law graduates sworn in after passing bar

A group of 101 alumni of the Chapman University Dale E. Fowler School of Law passed the most recent California bar exam, with many returning to campus for a formal swearing-in ceremony Dec. 4 in Memorial Hall.

The 101 Fowler alumni admitted to the bar included 87 first-time test-takers, 13 repeat-takers and one first-time California applicant who previously had passed the Minnesota bar.

“You have accomplished something extraordinary in passing the most difficult bar exam in the country,” Fowler School of Law Dean Matthew J. Parlow told the group, noting they enter “an honorable and learned profession.”

“I encourage you to embrace the great responsibility that goes along with it, and I can’t wait to see all the great ways in which you impact your communities,” he said.

Many of the newest members of the bar from Chapman credited the bar preparation course offered to Fowler students free of charge after graduation as they study for the state bar exam in July.

“I found it to be very valuable,” said Scott Liebert (JD ’17). “It was one of those things where there is so much time over the summer but it constantly feels like you’re running out of time. To have a specific place to go every day was definitely huge and brought structure to the program.”

The class initially meets for three hours every day, then pares down to several times a week. Last summer, participants in the intensive bar-prep course combined to submit more than 4,800 practice essays and performance tests. Fowler also offers two for-credit bar preparation courses to students while they are still in law school.

Liebert served as a teaching assistant for the post-graduation course under Mario Mainero, Fowler professor of academic achievement and executive director of bar preparation, and was weighing two job offers after passing the bar.

Allison Howard (JD ’17) also said she would “highly, highly recommend” the free bar-prep class for Fowler graduates, adding that she felt better prepared than students from other schools who did only online preparation. “I think I passed because of that class,” she said.

Now working as an associate attorney for Bremer Whyte Brown & O’Meara in Newport Beach, Howard said the firm set up its own swearing-in ceremony but she chose to attend Fowler’s.

“It was meaningful,” she said. “I wanted to go be with my classmates.”