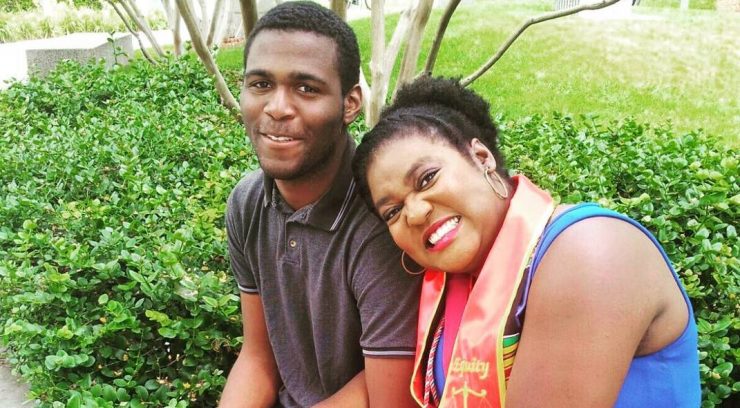 As a little girl, Jasmine Johnson ’15 walked up to strangers to ask for money for food or bus fare to get to school. She remembers feeling rejected and embarrassed, but she also developed resilience as she trudged the streets night after night with her mother and younger brother, carrying her few belongings in a flimsy black trash bag.

Today, Johnson is able to reflect on her journey as a soon-to-be published author applying skills honed while earning a BFA in creative writing and B.A. in communication studies.

She found direction thanks to Reaching Youth Through Music Opportunities, which introduced her to mentors who encouraged her to apply to Chapman University.

When she moved into the residence halls and became a resident advisor, it was the first time in her life that she had a stable place to live.

“(Through Chapman), I was able to experience things someone with my background only dreams about,” she says.

At the University, she traveled with the speech and debate team; studied abroad in Australia; completed an exchange program in Italy; and was director of social programming for the Black Student Union.

Now Johnson is a public speaker and the author of When Life Serves You Lemons: My Life from Tragedy to Triumph and Your Guide to Making the Best Lemonade, to be released in late 2018.

“People can best help people who are homeless by first acknowledging that they exist,” she says.