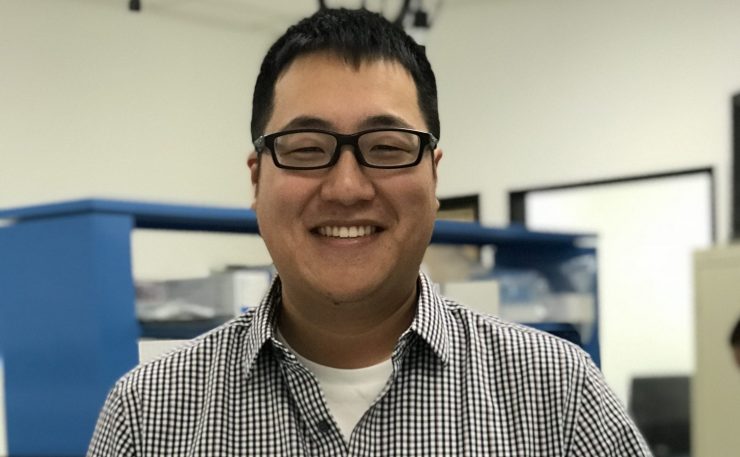 As a Chapman University business undergraduate, Jonathan Tu ’13 stared at a photo his friend showed him of a device used in biotechnology. He knew nothing about the tiny tubes, but he was mesmerized, knowing then he wanted to work with them.

“It was mind-boggling to see dozens of tubes, each smaller than a strand of hair, interwoven and connected to a plastic base that could move tiny amounts of fluid,” Tu said. “I just couldn’t believe that was possible.”

“We wanted to create laboratory-grade devices that are accessible and affordable anywhere,” Tu said. Fluxergy plans to bring these devices to low-resources areas, such as remote villages in Africa.

In addition, Fluxergy is working with two large universities in Malawi and Mozambique to do HIV testing as the company also works on surveillance testing for San Diego in response to the city’s Hepatitis A epidemic among the homeless population.

While Tu wears many hats at his young company, including in accounting, research and development, and strategic planning, he finds problem-solving to be the most satisfying and challenging part of his job.

“You can always hire someone to figure out a problem,” he said. “But nothing beats solving problems by yourself.”