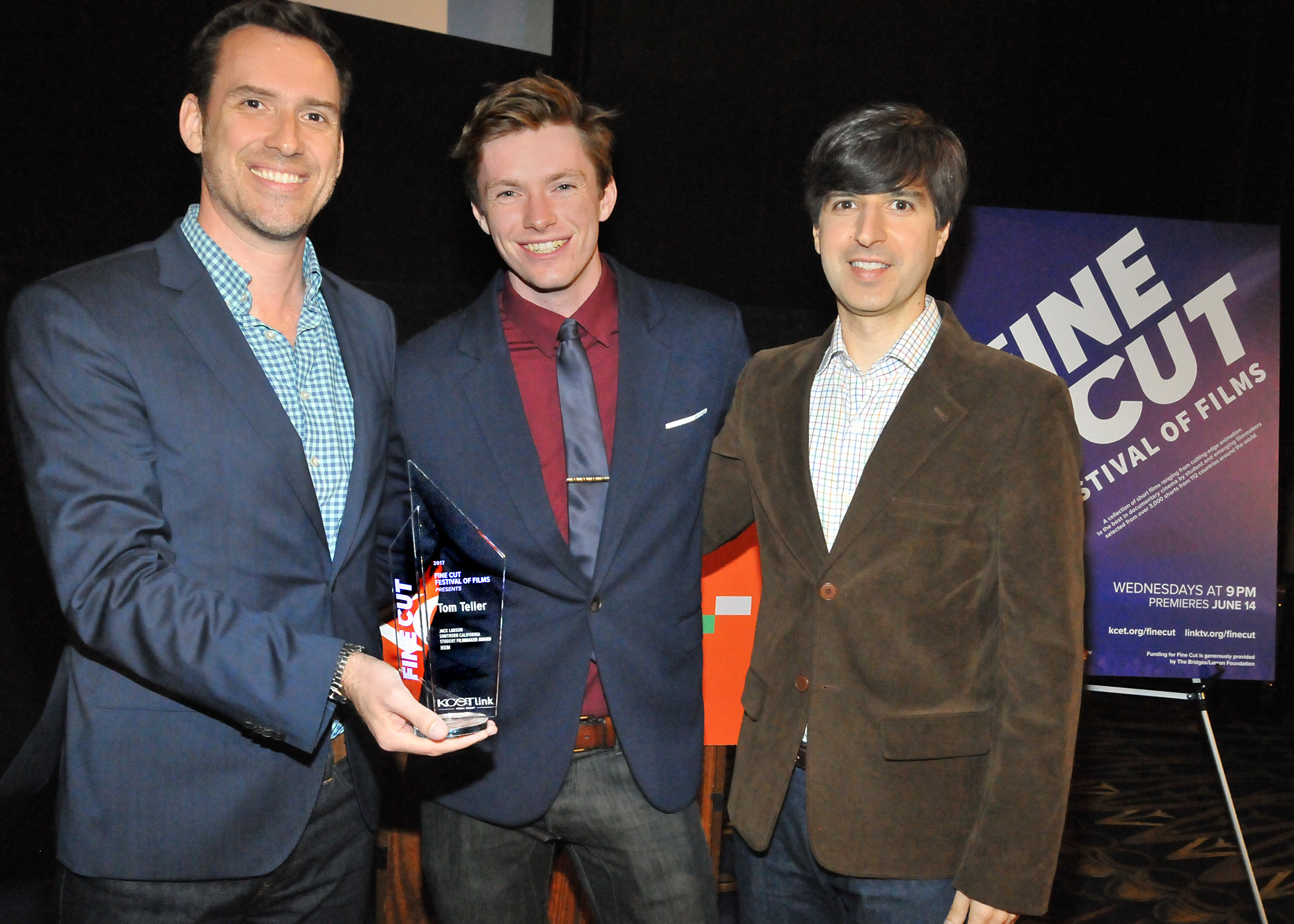 Writer/director Tom Teller’s HUM is about a solitary dish-washing robot living out his life in the back room of a restaurant and is enlightened to the world that exists beyond his four walls when, with the help of a small friend, he breaks free of confinement to pursue his dream of exploration. The film in total is eight minutes and the entire production process was completed over a single semester.

“It is such an honor to receive this award from KCET, I’m a huge proponent of public media and broadcast and am thrilled to have the opportunity to be part of this wonderful showcase,” said Teller. “Hum was created as our junior level advanced production back in the Spring of 2015, it is now coming to the end of its festival circuit with the KCET showcase and its online release several months ago. The film was a huge undertaking by the crew and required an immense amount of work in post-production. Our team is ecstatic to have had this opportunity and we look forward to making more films through our company Frame 48 and with the talented team that made this film possible.”

The Fine Cut Film Festival is a collection of short films from student and emerging filmmakers. After a call for submissions in December 2016, more than 3,000 shorts were received from 112 countries eligible for awards in the competition ranging from cutting-edge animation to the best in documentary cinema. All short films selected as finalists in the FINE CUT Film Festival will be included in a series of one-hour broadcast episodes on KCET public television in Southern California and also on Link TV nationwide (DirecTV 375 and Dish Network 9410) that will air starting Weds., June 14 at 9 p.m. with films available for streaming at kcet.org/finecut and linktv.org/finecut.