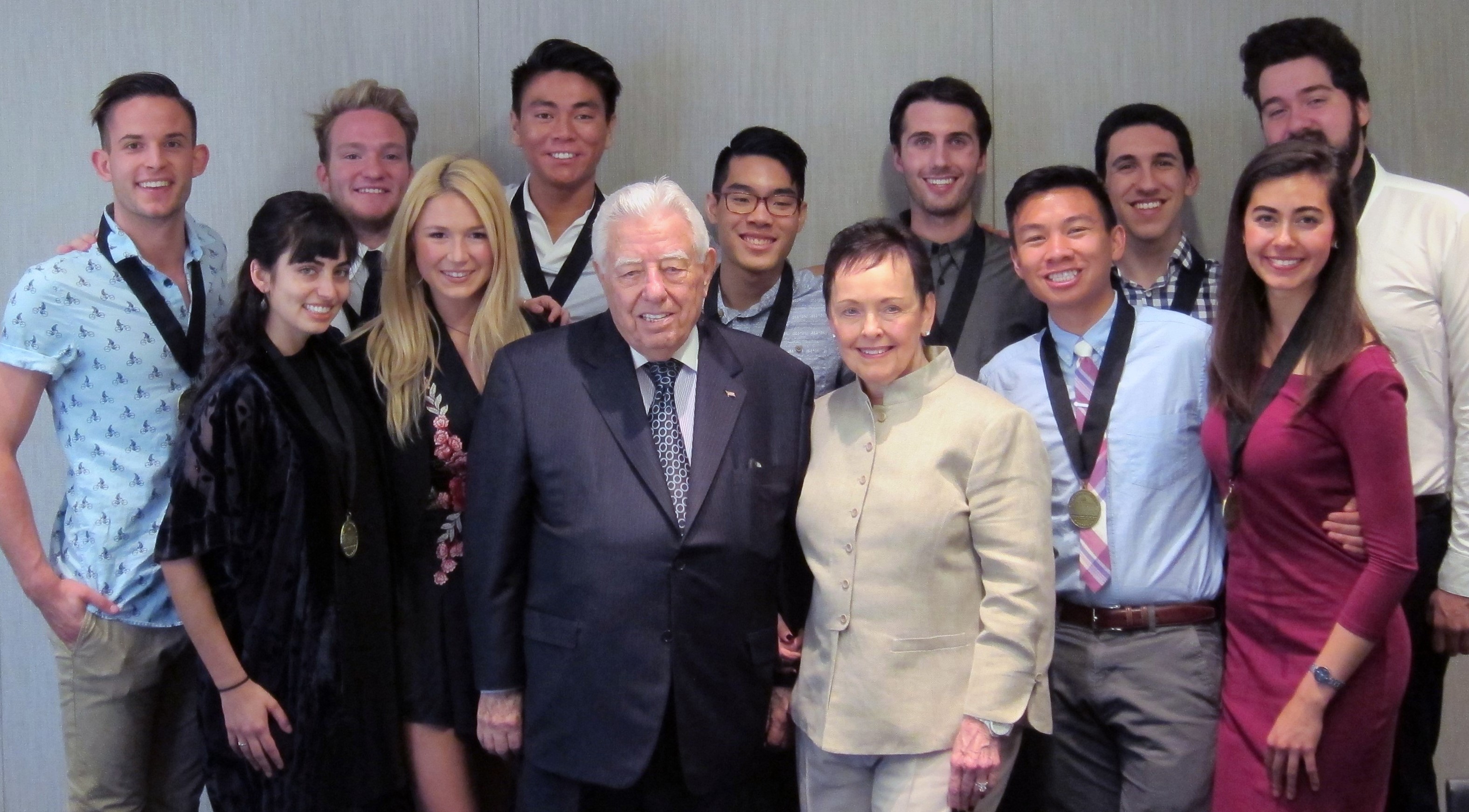 The Class of 2017’s Musco Scholars gathered a final time before graduation, reflecting on the support they received and the paths they traveled at Chapman University.

The Class of 2017’s Musco Scholars gathered a final time before graduation, reflecting on the support they received and the paths they traveled at Chapman University.

Many of the 19 graduating seniors met and mingled with benefactors Marybelle and S. Paul Musco on May 13 in the Musco Center Founders Room. They were joined by Julianne O’Brien, chair of the Department of Dance, among others.

“It just meant a lot to me for someone to believe in me,” said Parker Blakely ’17, who earned a degree in dance performance. “These last four years have been really hard — figuring out who I am, what I want to do. Just remembering that when I came in someone believed in me, that was really helpful and inspiring.”

Johann Gene Joson ’17, a vocal performance major, stressed both the teaching ability of faculty members who guided him and the accomplished performers he encountered.

“I don’t know where I’d be vocally if I hadn’t come here,” he said. “Chapman has really changed me, and none of it would have been possible without the scholarships.”

The graduating class of scholars from the College of Performing Arts had the added benefit of being at Chapman for the 2016 opening of Musco Center for the Arts, which provides both a new campus performance venue and draws noted artists to the stage.

“It’s just been a huge privilege to have the honor of being supported by the Muscos,” said Jason Martin ’17, who earned a degree in dance performance.

“It’s definitely a bar, in a sense, that I feel in myself I really have to meet, and I don’t ever want to disappoint them,” Martin said. “This scholarship has definitely pushed me to hold my own, and have that level of professionalism and just make everything worthwhile, because I would not be here without it.”

Jeremy Howard ’17, who majored in theatre performance, echoed his appreciation for the opportunity the scholarship afforded.

“It means so much to me to be a Musco Scholar … because it means that I’m able to reach other people and touch other people with my art, which is what I want to do with my life,” he said.

Display image at top/S. Paul and Marybelle Musco, center, meet with Musco Scholars from the Class of 2017.