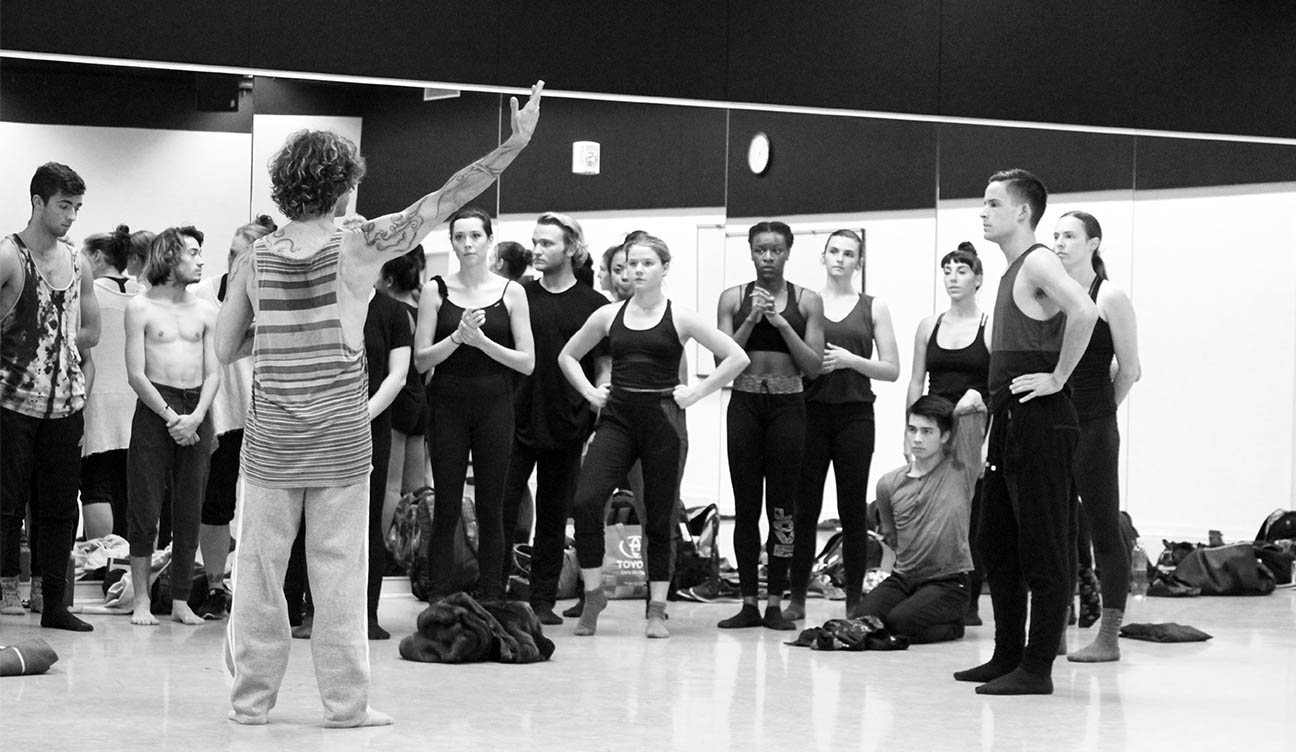 An internationally renowned dancer who is one of Israel’s most celebrated artists will join Chapman University’s College of Performing Arts as a Presidential Fellow beginning in fall 2017. Ido Tadmor, winner of Israel’s Landau Prize for life achievement in the arts and lead judge on the Israeli version of So You Think You Can Dance?, will visit campus six times a year to teach master classes, provide feedback to student choreographers, and choreograph original work for student performances.

Tadmor’s teaching, connections and energy will create an unrivaled experience for dance students in the College of Performing Arts, says Julianne O’Brien, chair of the Department of Dance.

“He has a thoughtful and full-hearted approach to his art that I know will be contagious,” O’Brien says. “And his international network will provide opportunities and education that help create strong global citizens and artists.”

He first visited Chapman for three weeks in fall 2016 as a scholar in residence, working with students to stage an original dance piece he choreographed for the Fall Dance Concert and delivering a free public lecture. The visit was invaluable to students, says Giulio M. Ongaro, Ph.D., dean of the College of Performing Arts.

“His passion for teaching and helping our students achieve their full potential was obvious. He will be a perfect fit at Chapman, where we pride ourselves on the attention we give to each individual. His appointment elevates the Department of Dance, as well as CoPA and the University as a whole,” Ongaro says.

Tadmor’s time on campus will be divided into three segments, O’Brien says. He’ll open the semester with master classes and teaching of a dance piece choreographed for Chapman students to be performed at the Fall Dance Concert; return at mid-semester to assist with rehearsals; and conclude the semester with a December visit to help with final rehearsals, attend the Fall Dance Concert and meet with parents.

In his 30-year career, Tadmor has performed with the legendary companies Bat Dor, Bat Sheva, Lar Luvovitch, and Complexions and worked with the National State Ballet of Turkey, the Bolshoi, the Israeli Ballet, the Polish National Ballet, The Dance Academy in Rome, and Artemis in Amsterdam, among many others. He has represented the state of Israel around the world as the country’s “Ambassador of Dance” for more than three decades, traveling to Cyprus, Paris, Germany, Croatia, Brazil, California, Hong Kong, Netherlands, Poland, Korea, Angola, Poland, Senegal and Lithuania.

Display image at top/Ido Tadmor leads a rehearsal during his fall 2016 visit to Chapman University.