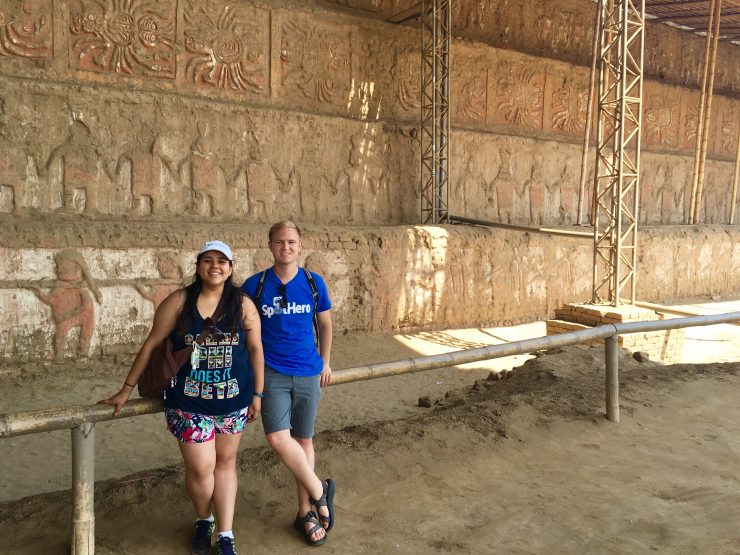 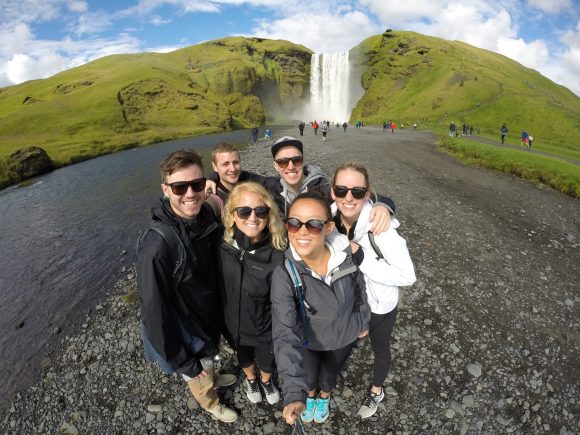 Adventure loves company, as proved by the Panthers shown here. They met on the first day of freshman orientation in 2009, when happenstance placed them all in the West Wing of Henley Hall. The core group has been together ever since, moving as sophomores to Sandhu, as juniors to a house near Chapman, and now to the same neighborhood in Costa Mesa. That’s Kristine Pan ’13 holding the selfie stick on the trail to Skógafoss falls in Iceland last summer. Also pictured, clockwise from left: Brett McNevin ’13, Phil McGuire ’13, Tim Marks ’13, Amy Logan ’13 and Ashley Leeds, McNevin’s girlfriend. The bond these Panthers share is a bit indefinable, Pan says. “We’re so different as individuals. We’re from different places, and we work in different industries.” The friends embark on an outdoor adventure just about every year, and for their next journey they’re thinking Machu Picchu, but it might not happen in 2017. You see, Logan and Marks are getting married, and “we wouldn’t want to do that adventure without them,” Pan says. 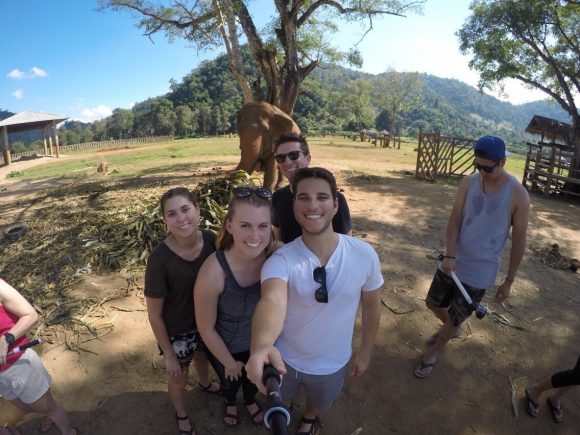 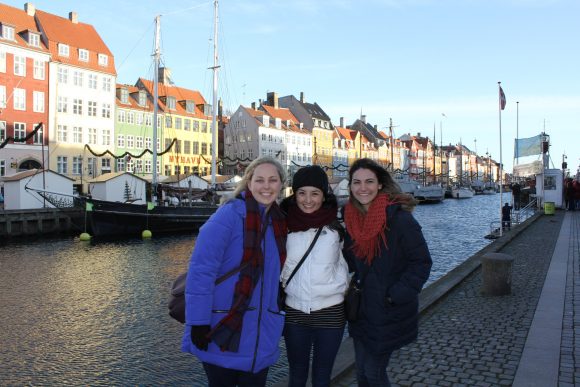 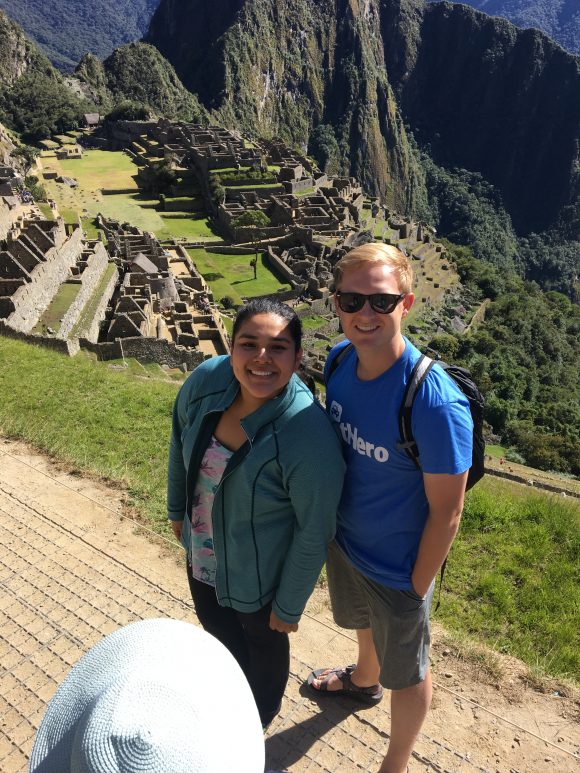 Sally Horna, B.A. sociology ’13, and Anthony Jacobsmeyer, B.A. psychology ’14, traveled together through Peru in May. Anthony planned a Southeast Asia trip they took together in 2014, so Sally returned the favor by planning their trip across her homeland. They visited her family in Lima, Trujillo and Cuyuchugo, where her dad grew up, and trekked Machu Picchu. 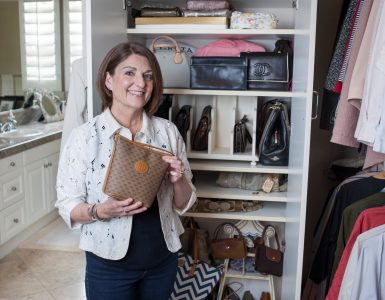 Chapman Alumna spreads the joy of household order as a Gold Level certified consultant in the KonMari method, using methodology rooted in the bestseller “The Life Changing Magic of Tidying Up.”