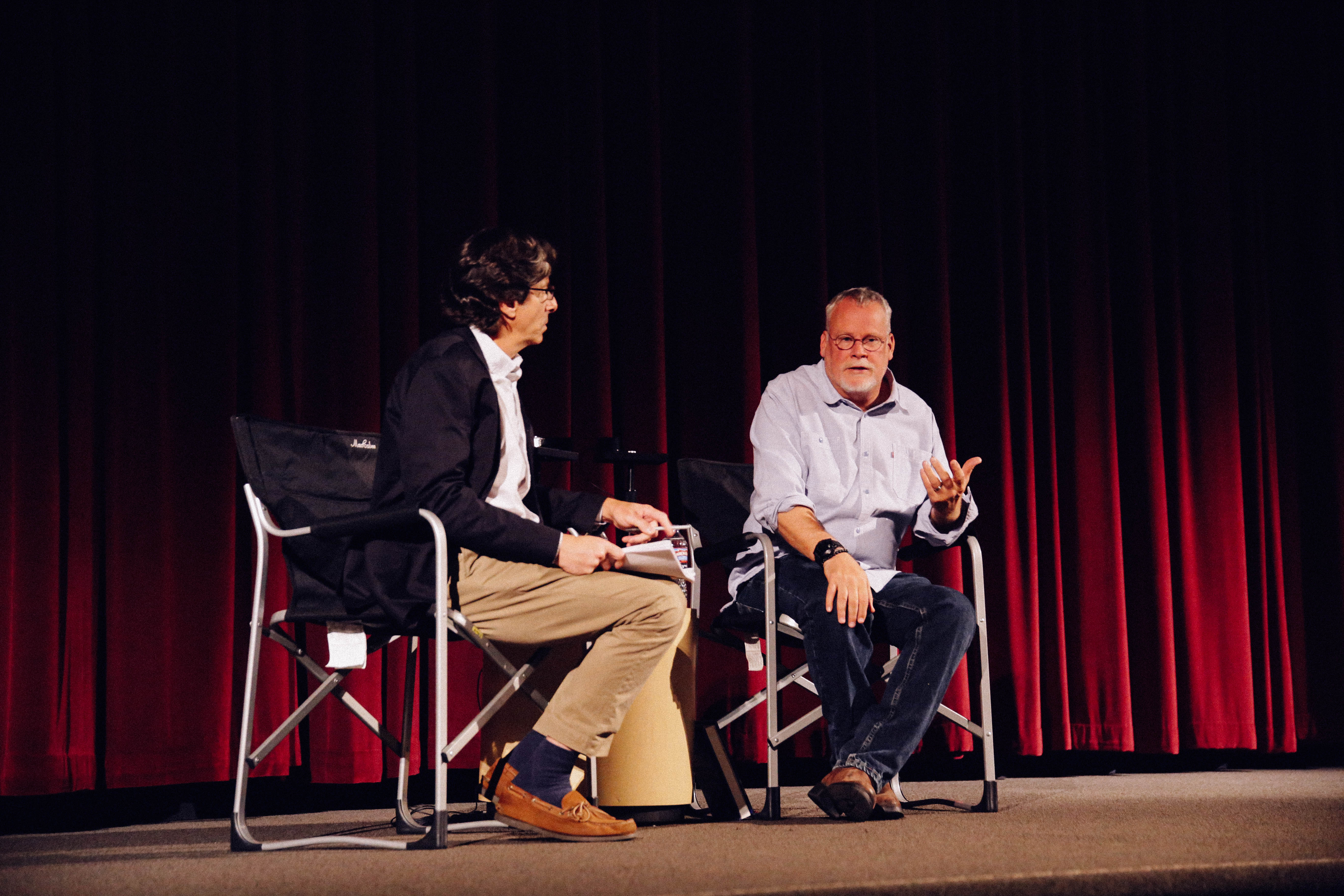 For Michael Connelly, author of the Harry Bosch series of novels, writing always comes back to one thing — character.

“What’s most important in a novel, and I think what’s most important in serialized television, is character. I don’t think people are coming in for the forensics and things like that. They want to ride through a story with an interesting character,” Connelly told students during a talk at Chapman University on Wednesday, Nov. 16.

Connelly visited Chapman to share the pilot to his Amazon series Bosch and answer questions from students about writing novels and for television.

When discussing becoming a writer, Connelly credited good advice from his parents. When he told them that he wanted to be a crime novelist, his father suggested that he become a crime journalist first, so that he could get a press pass that would allow him into police stations and courtrooms. That way he could learn what he needed to know to write his novels while at the same time earning a living at an exciting job.

The advice paid off. At last count Connelly has 29 novels, two film adaptations, a TV show and a Pulitzer Prize nomination to his credit.

Connelly also gave students a look into his creative process, revealing that not even famous novelists make it all up themselves. He credited the inspiration for The Lincoln Lawyer to two different conversations with lawyers: one who told him about practicing out of his car, and another who gave him the opening line, “There’s no client as scary as an innocent man.”

In between anecdotes, though, Connelly always returned to character.

When asked what stories he picks to turn into novels, character was the deciding factor.

“I always look for a story that can reveal something about character,” he said.

But that doesn’t mean that the character development should be thrown in carelessly. “You have to draw from the cases he is assigned … You want the story to be moving forward at all times.”

In both novels and television, he said,  “It’s character that makes people binge.”