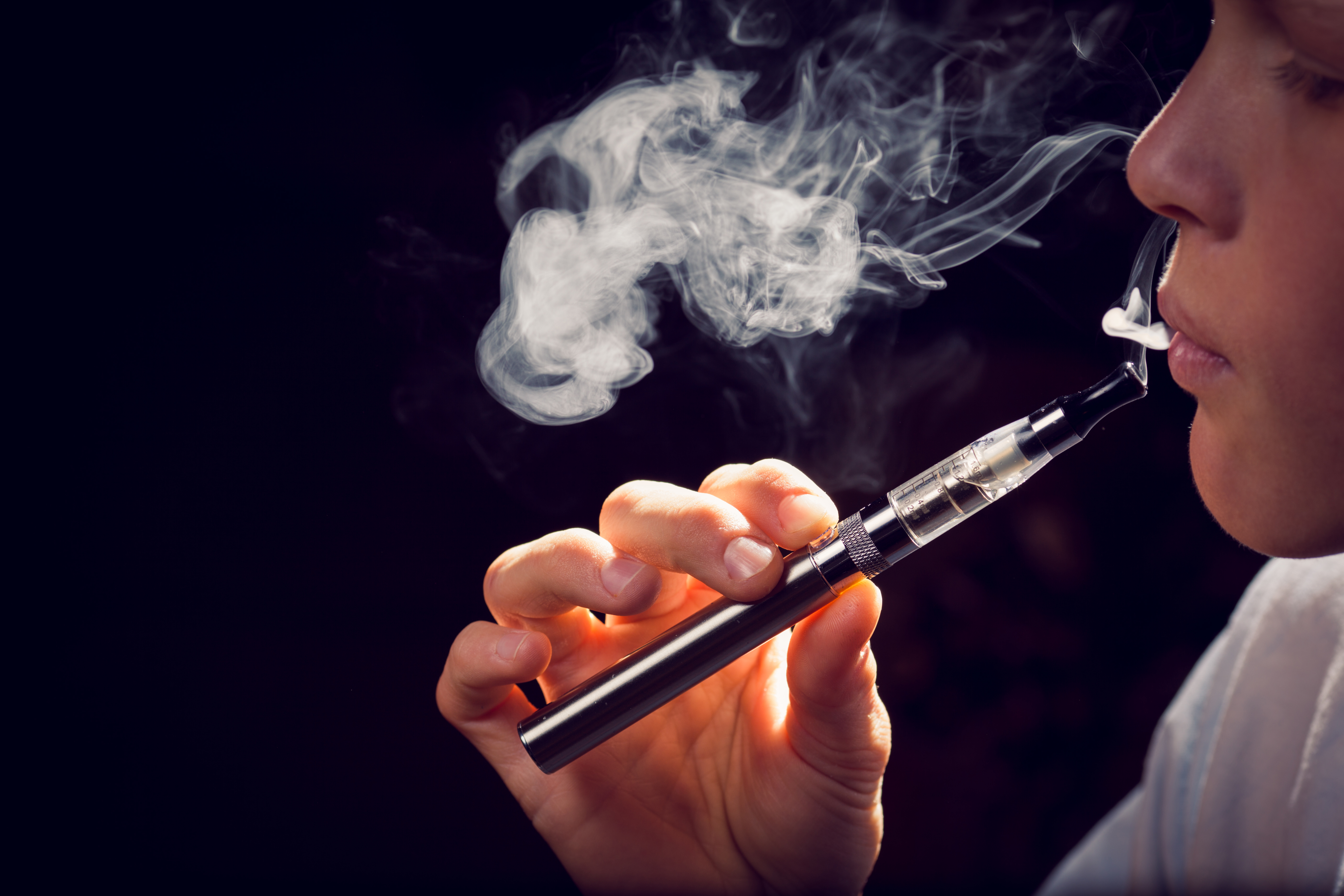 Close up of inhaling from an electronic cigarette.
Health & Behavior

Researchers at Chapman University have published a study looking at electronic cigarette (e-cigarette) use among Orange County adolescents. The data shows teens are more likely to vape when their school is located near vape retailers.

A key finding from the study is that the prevalence of e-cigarette use in Orange County adolescents is high—27.5 percent of high school students had ever tried e-cigarettes, compared with an estimated 13.4 percent nationally.

“E-cigarette use has increased rapidly among U.S. teenagers,” said
Georgiana Bostean
, Ph.D., assistant professor at Chapman University and lead researcher on the study. “It is now more commonly used by teens than conventional combustible tobacco cigarettes and other tobacco products. What we wanted to examine was the association between the presence of e-cigarette specialty retailers near schools and e-cigarette use among middle and high school students in Orange County.”

This is the first such study to examine specifically whether e-cigarette specialty retail environments (also called “vape stores”) are associated with youth e-cigarette use. Previous research has shown that adolescents are more likely to experiment with or use tobacco when there are a greater number of tobacco retailers within walking distance of their homes or schools. In Orange County, CA, one-third of students have tried e-cigarettes, which is twice as many as have tried conventional cigarettes.

The Chapman study also looked at whether the effect varies for middle school versus high school students.

Previous research has shown that the transition from elementary to middle school is a period when adolescents are particularly prone to experimenting with substances. Between the ages of 13 to 16 is the most vulnerable age for experimenting, compared with teens between the ages 15 to 18 who are slightly less likely to experiment.

“One policy approach that may reduce youth e-cigarette uptake that has been used to protect students from tobacco use is to require that new e-cigarette retailers be located a minimum distance from schools,” said Dr. Bostean.

The sample consisted of 67,701 respondents in 130 schools, and 148 e-cigarette retailers located in Orange County that were open during the survey period.

The study is published in the journal
Health & Place.
Authors on the study were Dr. Georgiana Bostean of Chapman University; Catherine Crespi and William McCarthy of UCLA; and Patsornkarn Vorapharuek of the University of San Francisco.