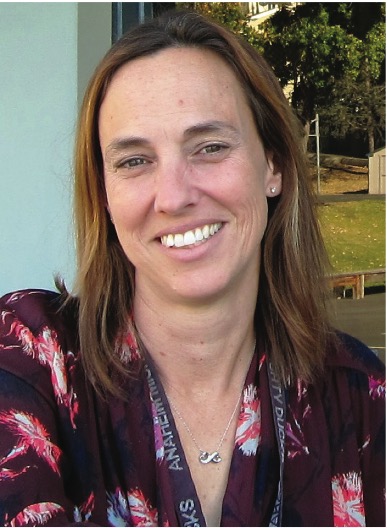 Every veteran elementary school teacher has faced one of “those” classes – a mix of students who hop around like popcorn kernels in a hot pan, aren’t keen to follow instructions and would rather do things their way, thank you very much.

Last year, Erin Rosselli (M.A. ’03) had just such a class of kindergarteners. But rather than force them to toe the line, Rosselli loosened the technology reins. She ramped up her students’ access to iPads and guided them through a host of creative activities that let them take more charge of their learning. Behavior problems plummeted, the students produced digital presentations on American symbols and animal habitats, and academic success climbed.

“It was incredibly rewarding to watch,” she says of her students at Panorama Elementary School in Orange, Calif.

That kind of innovative spirit won Rosselli another reward – the title of 2015 California Teacher of the Year. Rosselli was among only five educators statewide so honored.

Now Rosselli is teaching her colleagues how to use iPads and digital apps in their classrooms. This school year she became an instructional specialist for educational technology and academic measurement in the Orange Unified School District. Instead of just one classroom, she’s in nearly a dozen every week, helping teachers. The students are the ultimate winners, she says.

“We need to start with the youngest students to show them that technology isn’t just for consumption, it’s for creation,” she says.