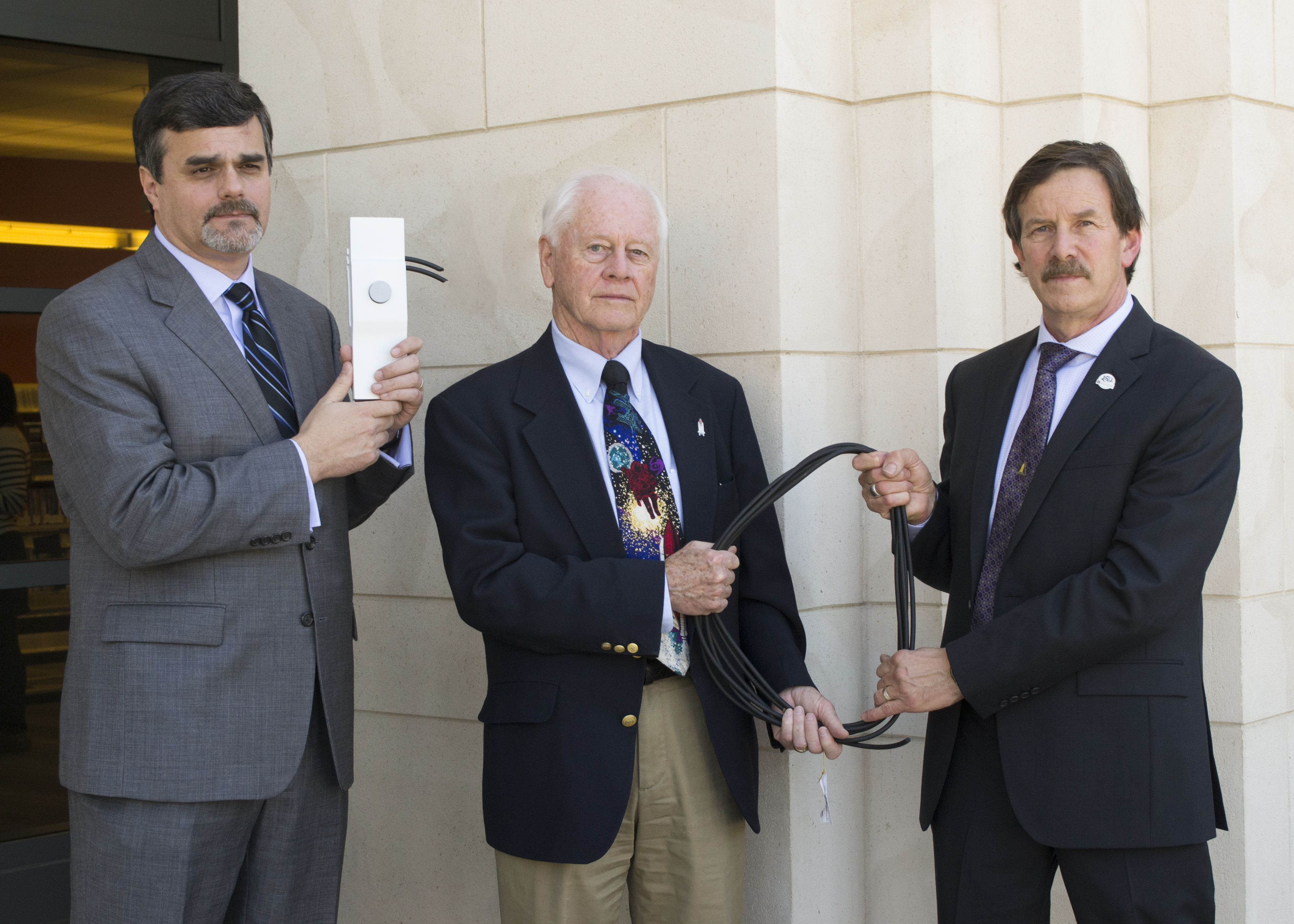 Reports and letters related to the
Challenger
shuttle disaster — documents that might have saved seven astronauts’ lives and changed U.S. space history — were donated to Chapman University on Tuesday, nearly 30 years to the day after the shuttle exploded in the cold skies over Cape Canaveral.

Allan J. McDonald, one of the rocket engineers who sounded the warning that the rocket boosters’ O-ring seals would fail in the chilly weather that January morning, formally presented the collection to the Leatherby Libraries’ Frank Mt. Pleasant Library of Special Collections and Archives. Included in the donation was an O-ring, a 12-foot diameter cord made of
Nitrile rubber
.

The artifacts and papers join a previous personal collection donated by the late Roger Boisjoly, another Morton Thiokol engineer who implored NASA officials to scrub the Jan. 28, 1986, launch, arguing that it was unsafe in the weather conditions.

Together, the collections are an unmatched record of the ethical and political forces that were at odds and led to the missteps that set the
Challenger
up for tragedy, said Mark Maier, Ph.D., director and founding chair of the leadership studies program in the
College of Educational Studies
. Maier was instrumental in obtaining the McDonald donation.

“Added to the Boisjoly collection, the McDonald archive will serve as primary source material for every future scholar studying the
Challenger
accident,” Maier said.

Prior to the donation, McDonald described the mismanagement leading up to the
Challenger
disaster in a lecture to students, faculty, staff and community members. At multiple junctures leading up to the 1986 launch McDonald warned NASA officials that the O-rings would not hold the joints in the rocket boosters in the cold weather forecast for launch day. A failure of the seals would allow pressurized gas to leak and explode.

McDonald said standing his ground and refusing to sign off on the launch was one of the best decisions of his life.

The personal repercussions were difficult for McDonald. He was demoted to a “non-job job” at Morton Thiokol and faced months of testifying before a presidential commission investigating the disaster. The investigation vindicated McDonald, who was reinstated to his job by an act of Congress. He continued his career at Morton Thiokol and went on to redesign changes that improved the safety of future shuttle missions. He also wrote
Truth, Lies, and O-rings: Inside the Space Shuttle Challenger Disaster
.

As in a
previous talk at Chapman
, McDonald urged students to remember the leadership lessons behind the
Challenger
disaster, no matter what their field of work.

“Do the right thing for the right reasons, at the right time with the right people, and you’ll have no regrets for the rest of your lives,” he said.


Featured image at top/ From left, Rand Boyd, special collections and archives librarian, with a life-size cutaway of the “tang and clevis” O-ring field joint, and Allan J. McDonald and Mark Maier, with one of the full-size O-rings designed for the shuttle orbital spacecraft system.

The day Sarah Miller’s work required her to interview a nurse who accidentally overdosed a hospital patient, the Chapman University alumna knew she had chosen the right career path. One of Miller’s responsibilities with...