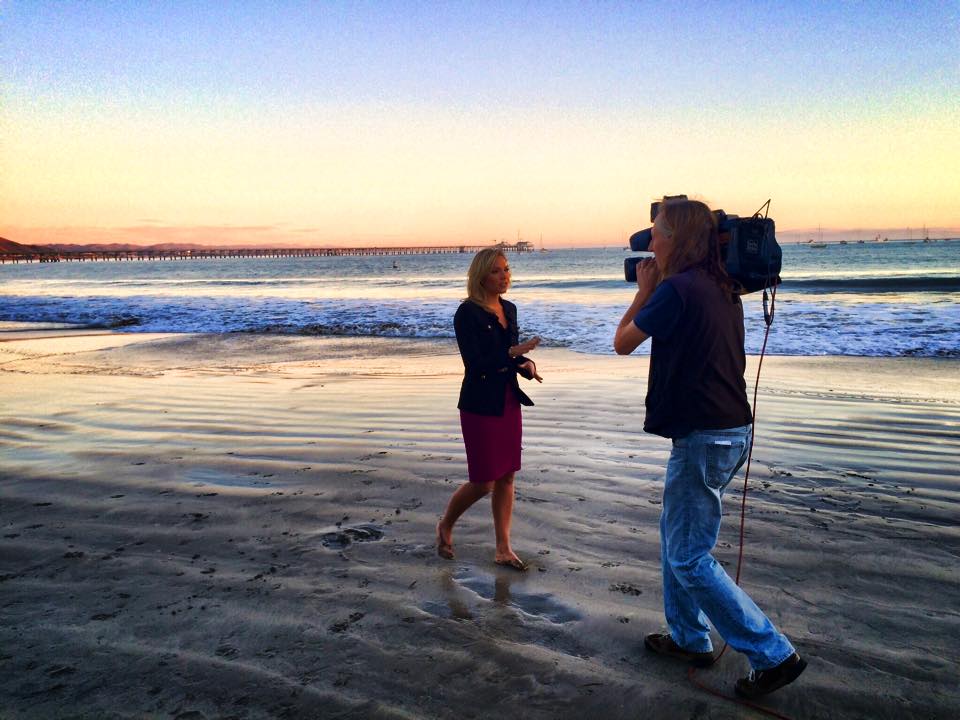 In the worst winter weather Colorado Springs, Colo., can dish up, when it’s four degrees below zero, when frost bite risk is high, when officials have asked everyone in town to keep off the roads and please stay home, that’s when Matt Prichard ’12 does the unthinkable.
He goes out into the thick of it.

In the worst winter weather Colorado Springs, Colo., can dish up, when it’s four degrees below zero, when frost bite risk is high, when officials have asked everyone in town to keep off the roads and please stay home, that’s when Matt Prichard ’12 does the unthinkable.

He goes out into the thick of it.

The multimedia journalist for KOAA News First 5 television stands in the blustery stuff, rigs up a video camera and reports on the weather, gathering video footage and first-person accounts. He relays it live back to the station because it’s Prichard’s job to help his viewers plan their route to work or just be better equipped for one of humankind’s favorite pastimes – talking about the weather.

“There are two things that push this market. The weather and the Broncos,” Prichard says, referring to the state’s beloved NFL franchise.

And this year weather is especially forcing its way to the top of television news reports throughout the western United States as all eyes turn toward the Pacific and the predicted El Niño event scientists say is forming there. Many of the young newscasters delivering that weather news around the country are Chapman University alumni from the
Dodge College of Film and Media Arts
.

And they say they are gearing up in a variety of ways, from adding meteorology studies to their off-hours to loading up their cars with extra jackets, rain galoshes, snow boots and zip-up slickers for their camera gear so they can keep rolling through rain, wind, snow, sleet and hail.

“We have a full forecast team predicting that we’re going to get hard,” Prichard says. “Any time there’s a storm in California or Mexico, it’s going to come over the Rockies.”

Cell phone weather apps are handy, but the reporters say that the storytelling they bring to weather news can’t yet be replaced by an app.

“(Viewers) experience it and realize what’s going on out there,” says Amanda Starrantino ’13, a multimedia journalist covering California’s San Luis Obispo and Santa Barbara counties for KSBY News. “Because if you just have numbers and a color blob on your phone, it’s not the same.”

Starrantino says she welcomes the challenge of reporting such an important story as an El Niño event. Even if it means spending the season “looking like a wet rat.” In her first job, she reported on the polar vortex as it hit Indiana, sometimes forced to capture footage through the windshield of her car while winds howled outside. Since returning to California, she’s ventured close to firestorms to help her viewers glimpse the fire’s strength. But it’s not just for the sake of capturing spectacular footage.

“The weather is something that people can’t control, so they want to know as much as they can. And as scary as it can be, you’re helping people. I don’t do the weather to be on camera. When you’re reporting on severe weather, people just want to know if they’re going to be safe, if their family’s going to be safe. People care about it very much,” Starrantino says.

Scientists say El Niño will peak in the coming weeks, but Starrantino has already reported a number of related stories. Among them have been reports of changing marine life along the coastline as warm currents arrive. Flooding is a particular concern for coastal residents. And the wine industry is also keenly interested in all weather reports.

“We’ve been in a five-year drought. So you have the excitement of predicted rain and then it could be too much rain and that can be really bad for crops, too,” she says. “It’s a big deal out here.”

Even as far inland as Lubbock, Texas, El Niño is influencing weather reporting plans, says Leah Freeman ’15, a reporter and weather forecaster with the CBS affiliate there.

“From what I hear, I will be outdoors doing live shots for the morning report,” Freeman says.

And the reporting continues online, she says, because viewers follow the weather news and related travel warnings even after the scheduled newscast is over.

Have camera, will travel


Weather reporters say many people are surprised to learn that they are often on their own when reporting in the field, working as both reporter and camera crew. Thanks to the technical training she received in the broadcast journalism program at Chapman, Amanda Starrantino says that like her classmates, she was able to go straight to work.

“I knew how to do my job. All I had to focus on was getting through the weather,” she says.


“A lot of the job now is social media. So anytime we have severe weather or a storm coming into our coverage area, we’re posting online. Anything and everything,” she says. “People write to us on our personal pages. It’s a nice community feel.”

Surprising to Prichard was how connected viewers become to their local weather reporters. If he doesn’t appear to be bundled up well enough, viewers flood his station with fretful, worried calls. The producers in turn message Prichard to bundle up even more to silence the callers.

“They get really mad at the station,” Prichard says with a chuckle. “They’re concerned for our well-being, which is nice.”

Ultimately, though, his main concern is getting the visuals to go with the story.

“Any good reporter will tell you that when it comes to producers, they want their live shot. And they’re going to get it. There’s a lot to be said for the visual component of it,” he says.

From the Stage to the C-Suite

For Teren Shaffer ’08, the conductor’s baton is the quintessential symbol of leadership. But not for the reasons you might expect. As a former award-winning conductor, Shaffer knows that even the most subtle stroke of a...

Chapman Named a Top Film School in U.S. and Canada

Film industry magazine MovieMaker released its annual list of the Best 40 Film Schools in the U.S. and Canada, and Chapman University’s Dodge College of Film and Media Arts has once again joined the ranks. “We’re... 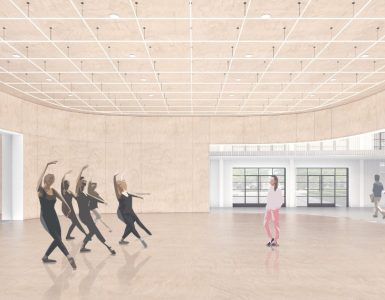 Sandi Simon Center for Dance will help usher in a new level of excellence for Chapman's award-winning program.