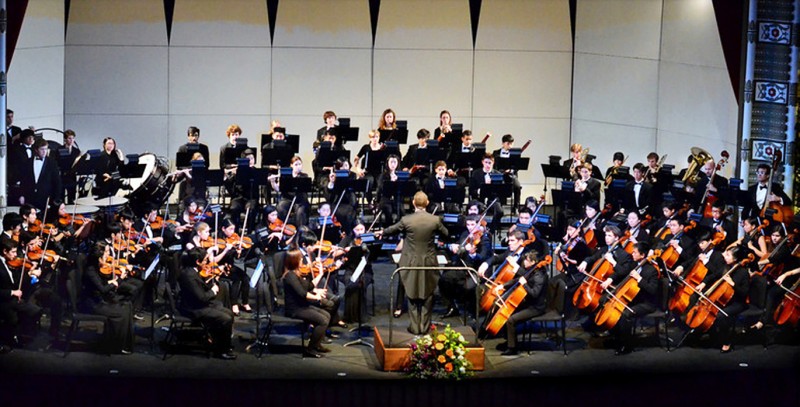 What was the “War to End All Wars”?  What does the First World War still mean to today’s world, and what lasting cultural influences did it leave in its wake?

Coming in January,
“World War I: A Centenary Perspective”
–  a week-long event in Los Angeles presented by the Orange County Youth Symphony Orchestra and music director and conductor
Daniel Alfred Wachs
, in collaboration with Young Musicians Foundation Debut Orchestra and music director and conductor Yuga Cohler — will bring together top Southern California area arts and education institutions to explore musical and artistic responses to wartime. Two Chapman faculty members — Daniel Wachs and Jennifer Keene — will have key roles during the week.  Through two OCYSO and YMF collaborative concert performances — a major orchestral performance on January 10 at Walt Disney Concert Hall (WDCH) as part of the Los Angeles Philharmonic’s “Sounds About Town” series and a chamber ensemble performance as part of Sunday Live at LACMA — along with a panel discussion presented by the Los Angeles Central Library in the Mark Taper Auditorium, the commemoration will take audiences on a journey of sound and speech in reflection of the Great War.

British composer Mark-Anthony Turnage’s newest work,
Passchendaele,
will be given its U.S. premiere at the Walt Disney Concert Hall on Sunday, January 10 at 7:30 p.m.
Tickets are on sale now online
. This work, named for a major battle in Belgium,  was commissioned to commemorate the centenary of the outbreak of the war and comes on the heels of two previous works the composer has written about WWI.

“The main thing this centenary should do is make you think for yourself,” Turnage said. “The young musicians who will play the piece in Birmingham (U.K., where it will receive its World Premiere) and Los Angeles are very distant from the First World War, but they should know what happened and make their own minds up for their generation.” The other works on the program include Carl Nielsen’s Fourth Symphony, “The Inextinguishable,” which the Danish composer wrote during World War I, and American composer Charles Ives’s well-known “The Unanswered Question,” which draws audiences into contemplation and questions about war that often go unanswered, encouraging people to explore their own responses to conflict. In the words of composer Nielsen, “Music is life, and, like life, inextinguishable.”

Prior to the Disney Hall performance, there will be a free symposium featuring a distinguished panel of guests presented by Los Angeles Central Library downtown in the Mark Taper Auditorium from 2 to 4 p.m. The discussion will feature distinguished WWI historian
Jennifer Keene, Ph.D.
, chair of the Department of History at Chapman University; acclaimed poet and former National Endowment for the Arts chairman Dana Gioia, professor of poetry and public culture at USC and just named poet-laureate of California; and John Magnum, president and artistic director of the Philharmonic Society of Orange County. Through literary and musical perspectives, the discussion will take us on a journey through differing artistic responses to war.

Finally, the commemoration will culminate with a featured performance at Los Angeles County Museum of Art (LACMA) as part of their free “Sundays Live” series, with performers from both OCYSO and YMF in a special event exploring music written around WWI, interspersed with readings of WWI letters to draw the audience further into that time period. This performance will feature selections from Schoenberg’s Chamber Symphony No. 2 and
Verklarte Nacht
and Ravel’s
Tombeau de Couperin
.

“I consider artistic collaboration as a cornerstone of my tenure as music director of the OC Youth Symphony Orchestra,” said Maestro Wachs. “Under my leadership, OCYSO has collaborated with the Mozarteum Orchestra of Salzburg in a side-by-side at the Renée & Henry Segerstrom Concert Hall where we presented the U.S. premiere of a work by Kurt Schwertsik; and with Chapman University, and the University of California-Irvine. We are now thrilled to be working with YMF, enabling us to present the U.S. premiere and OCYSO co-commission of Mark Anthony Turnage’s
Passchendaele
to a wider audience in both Orange County and in Los Angeles. We are honored that the Los Angeles Philharmonic is presenting us on this prestigious series.”  OCYSO is a musical affiliate organization of Chapman University and Chapman’s Musco Center for the Arts.

“Young Musicians Foundation’s partnership with OCYSO is unique in its scope, showcasing not only the combined power of our orchestras, but also featuring the voices of our individual musicians through the intimate chamber performance,” said Julia Gaskill, executive director of YMF.  “We look forward to the challenges this repertoire presents for our musicians, who will heighten their awareness of ensemble playing, as well as achieve individual artistic growth.  Finally, we look forward to their performance revealing the visions of our three composers, reminding future generations of the tragedy that was the First World War.”

Free and open to the public.  To RSVP, please e-mail thekeyconsulting@gmail.com

NIELSEN: Symphony No. 4, “The Inextinguishable”

Tickets are on sale now online

Performance is free and open to the public