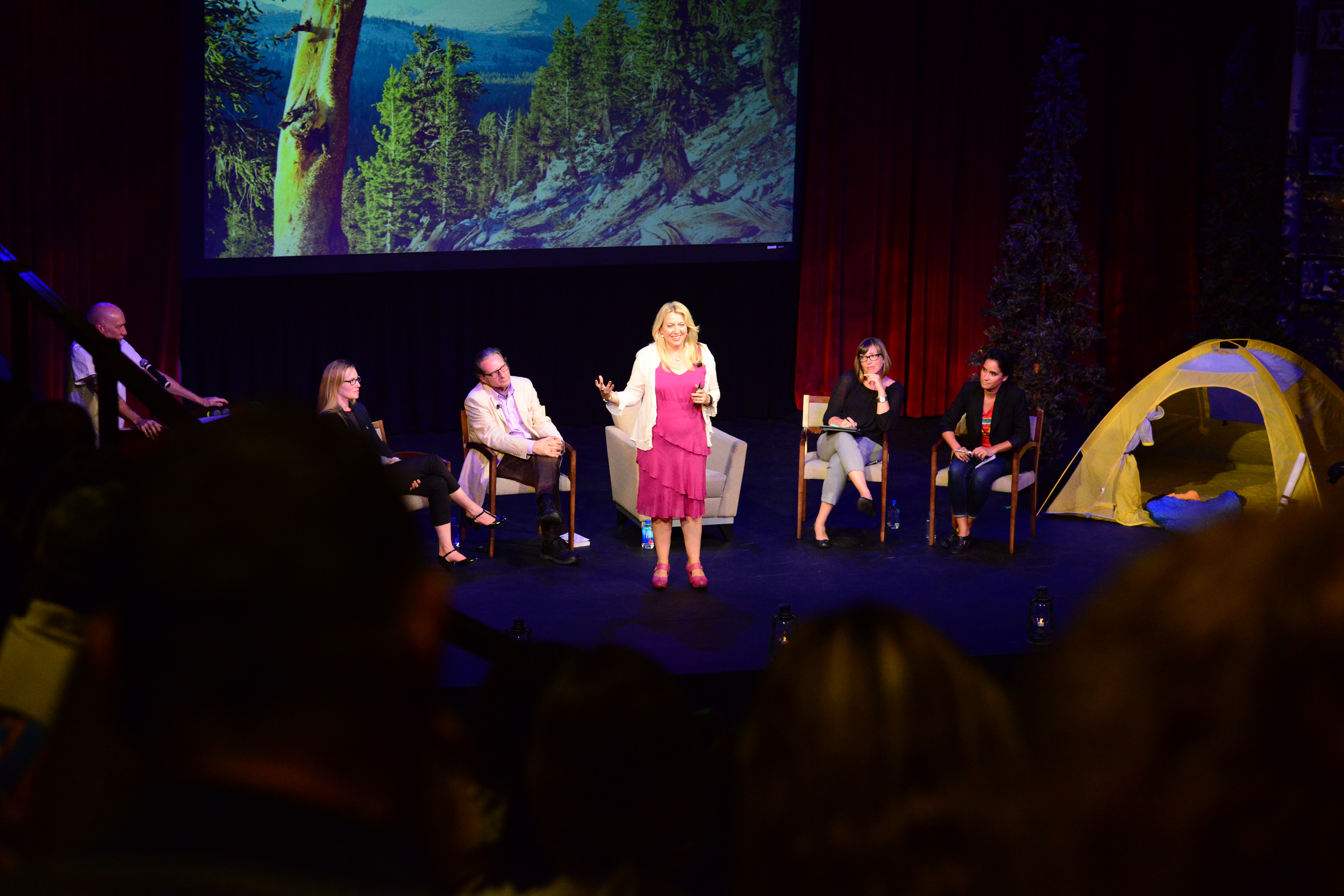 Can witnessing a slew of sunrises and sunsets when your feet are blistered from ill-fitting hiking boots really change your life? Turns out, it can – at least if you’re like writer and long-distance hiker Cheryl Strayed, author of “Wild.”

Can witnessing a slew of sunrises and sunsets when your feet are blistered from ill-fitting hiking boots really change your life?

Turns out, it can – at least if you’re like writer and long-distance hiker Cheryl Strayed, author of Wild, and take the time to notice. Strayed filled Chapman University’s Memorial Hall Tuesday night with inspiring advice about how to make that sort of thing happen even if you aren’t solo trekking more than 1,000 miles along the Pacific Crest Trail, as she did in 1995.

“One thing I can tell you, and this is true about the PCT and pretty much all over the world, including probably right here in the city, is if you go out there and you look at the sky, there’s always the most magnificent sunrises and sunsets. It’s a sight to behold … There’s an accumulation of that. And pretty soon it’s actually changed your life because you realize, wow, here I am. I’m here for this. We have this,” Strayed said.

Strayed’s story was famously recounted in her book and the movie it inspired, which starred Reese Witherspoon.

But her Chapman talk was part of Interstices, an annual event hosted by
Wilkinson College of Arts, Humanities, and Social Sciences
designed to foster discussions into the nuts and bolts of creative life. This year’s “ReWILDing” theme focused on how overcoming fear and venturing into nature, as well as into untethered creative projects, can spark new ideas and fresh perspectives. The event drew a standing-room only crowd of fans inspired by the book and the movie.

Both paths were explored by Strayed, along with a panel of professors who joined in a discussion before and after her talk. As in her book, Strayed shared how sticking to the trail despite physical pain started her on a road to emotional healing. Strayed launched into her three-month hike following a traumatic string of losses – divorce, her mother’s death, a home she had to leave, a stepfather who drifted away – and a slide into drug abuse.

“I knew that the only person who could possibly save me was myself, and I just thought if I attach myself to this grand thing, this Pacific Crest Trail, maybe I can start to be better,” she said.

She discovered “it was exactly what I needed” because the tasks of keeping herself fed, sheltered and on the move for 1,000 miles pulled her out of the repeating emotional loop that entangled her, and it brought her “back into the circle of life.”

Such a physical undertaking may not be for all, she said. But taking on tough challenges should be because most people will surprise themselves and discover that they, too, can “bear the unbearable.”

Watch for an interview with Cheryl Strayed by President Jim Doti on an upcoming episode of Dialogue with Doti.