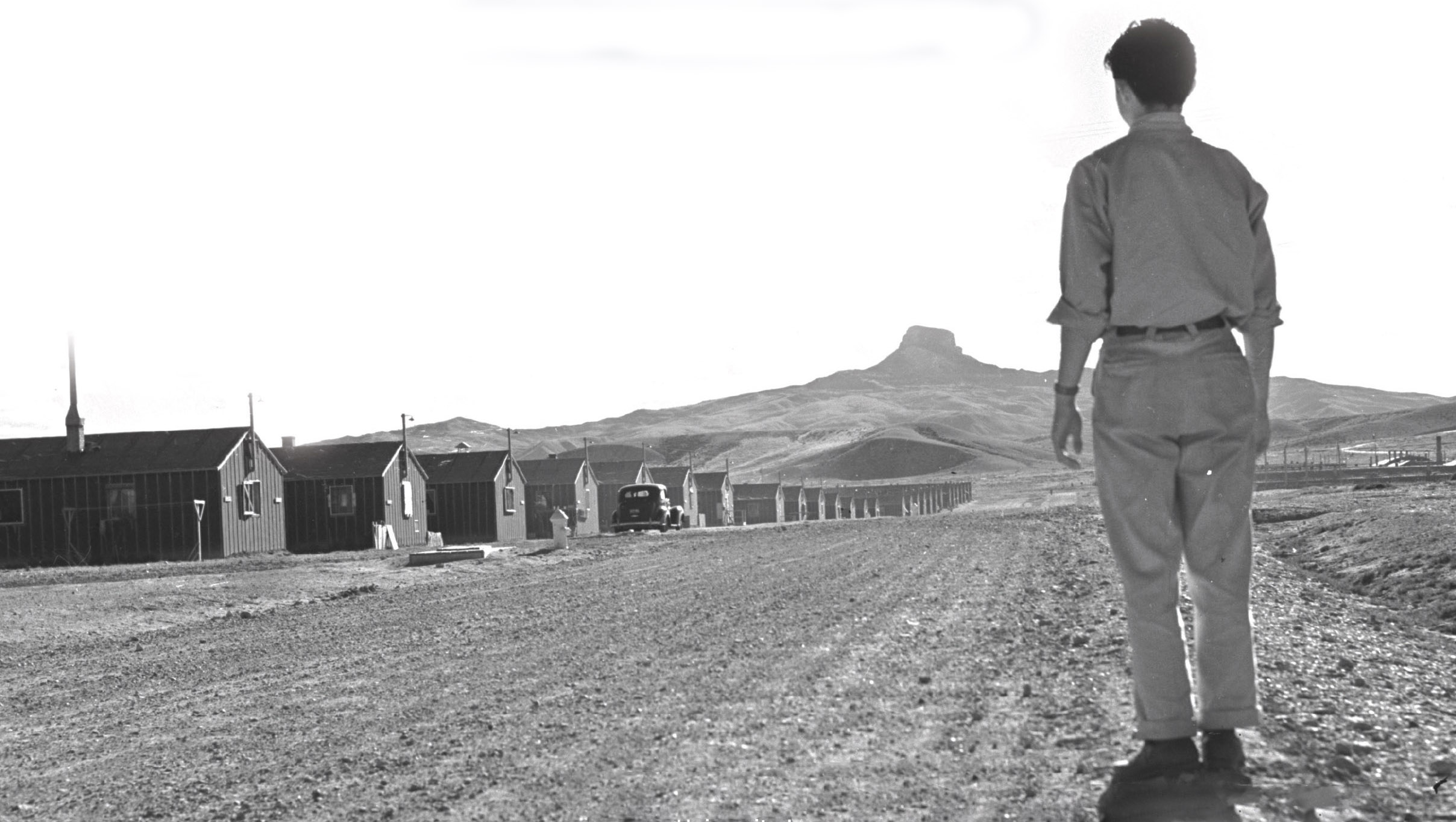 Image from the photo collection that helped created "The Legacy of Heart Mountain" documentary.
Arts & Film

The Emmy Award-winning documentary filmThe Legacy of Heart Mountain will screen at Chapman University at 7 p.m. Thursday, October 1 in Memorial Hall, in a special-cut edition.  The film, about the infamous internment camp in Wyoming where Japanese Americans and Japanese immigrants to America were forcibly “relocated” during World War II, employs remarkable photographs discovered only recently, which give unprecedented insight into daily life in the camp and the lives of its inmates.  Chapman alumna and former Heart Mountain internee Toshi Nagamori Ito ’46, now 91 years old, will attend the screening and will be part of a panel discussion with the filmmakers following the movie. Producer-writer David Ono (known to Southern California for his reporting and anchor duties on Channel 7 KABC News) and director-cameraman Jeff McIntyre will also be part of the panel.  This screening and panel discussion are free and open to the public.  For more information, contact Dr. Stephanie Takaragawa at 714-532-7771 or email takaraga@chapman.edu.   This event is co-sponsored by the Department of Sociology and the Department of History, Wilkinson College of Arts, Humanities and Social Sciences; Dodge College of Film and Media Arts, and the Rodgers Center for Holocaust Education.

It should have been a proud and happy time. Toshiko Nagamori, an American citizen of Japanese descent, received her high school diploma in 1942 from John Marshall High School in Los Angeles.  But the newly graduated young woman had no time to celebrate or even look for a job or a college: she and her family were sent by the U.S. government to an internment camp, the Heart Mountain Relocation Center near Cody, Wyoming, along with hundreds of other Angelenos,  individuals and families from throughout the West who were either Japanese or Japanese-Americans.

Although immigrants from Japan had been living and working in the United States since the mid-1800s, there had always been a considerable amount of anti-Asian sentiment within American culture.  This was fanned to a flame by the advent of World War II and particularly by the Japanese attack on Pearl Harbor, which launched the U.S. into the war. A wave of suspicion and fear swept the country, with widespread trepidation that Japanese, or even Japanese-Americans, might be hidden or “sleeper” agents, or in any case would be non-loyal to America. President Franklin Roosevelt signed Executive Order 9066 in 1942, authorizing “military zones” within the U.S., and leading to the forced removal and relocation to internment camps of more than 120,000 people of Japanese descent.  Citizen groups throughout the West joined with local economic interests to remove Japanese-Americans from their land, and in many cases seized the land itself.  “Evacuees” were housed in makeshift “detention centers” (quickly built at large facilities like fairgrounds and racetracks) until they could be sent to a camp.

Heart Mountain held “relocated” “evacuees” from California, Oregon and Washington state, at one point holding more than 10,000 dispossessed people of Japanese descent. Internees quickly established a reasonable semblance of everyday life and work within the camp, setting up their own newspaper, farm and gardens, health-care system, education system, sports, hobby groups and religious groups.  As the war continued and restrictions eased, internees were given opportunities to move from the camp to work locally or go to college in the Midwest or the East. Toshi attended National College in Kansas City, Missouri, for a while, and met and married James Ito, a fellow internee and assistant farm superintendent at Heart Mountain.   With the end of the war in 1945, internees were allowed to leave Heart Mountain and the other camps and return to their homes, finally bringing to an end a particularly dark and disturbing episode in American history: when America forced some of its own citizens, selected by race alone, to live in what were essentially concentration camps.

Returning to California, Toshi Ito wanted to continue her college education, but found many doors still closed to her because she was of Japanese ancestry.  Many universities still would not accept students of Japanese background.  However, when she applied to Chapman College, then located in Los Angeles, she found a place that welcomed and accepted her, and she was able to complete her college education and graduate, with a Chapman degree in sociology, in 1946 along with the nine other members of her class.  Toshi would go on to teach kindergarten and second grade for 26 years at Elysian Heights Elementary School in Los Angeles.  She has also written a book, Memoirs of Toshi Ito: USA Concentration Camp Inmate, War Bride, Mother of Chrisie and Lance Ito, which is available in the Leatherby Libraries and on Amazon.  She has been active as a board member of the Heart Mountain Wyoming Foundation, which runs the Heart Mountain Interpretive Center, seeking to preserve and pass on the Heart Mountain story to future generations. One of her children is the Honorable Lance Ito, the judge who is best-known for presiding over the O.J. Simpson trial.