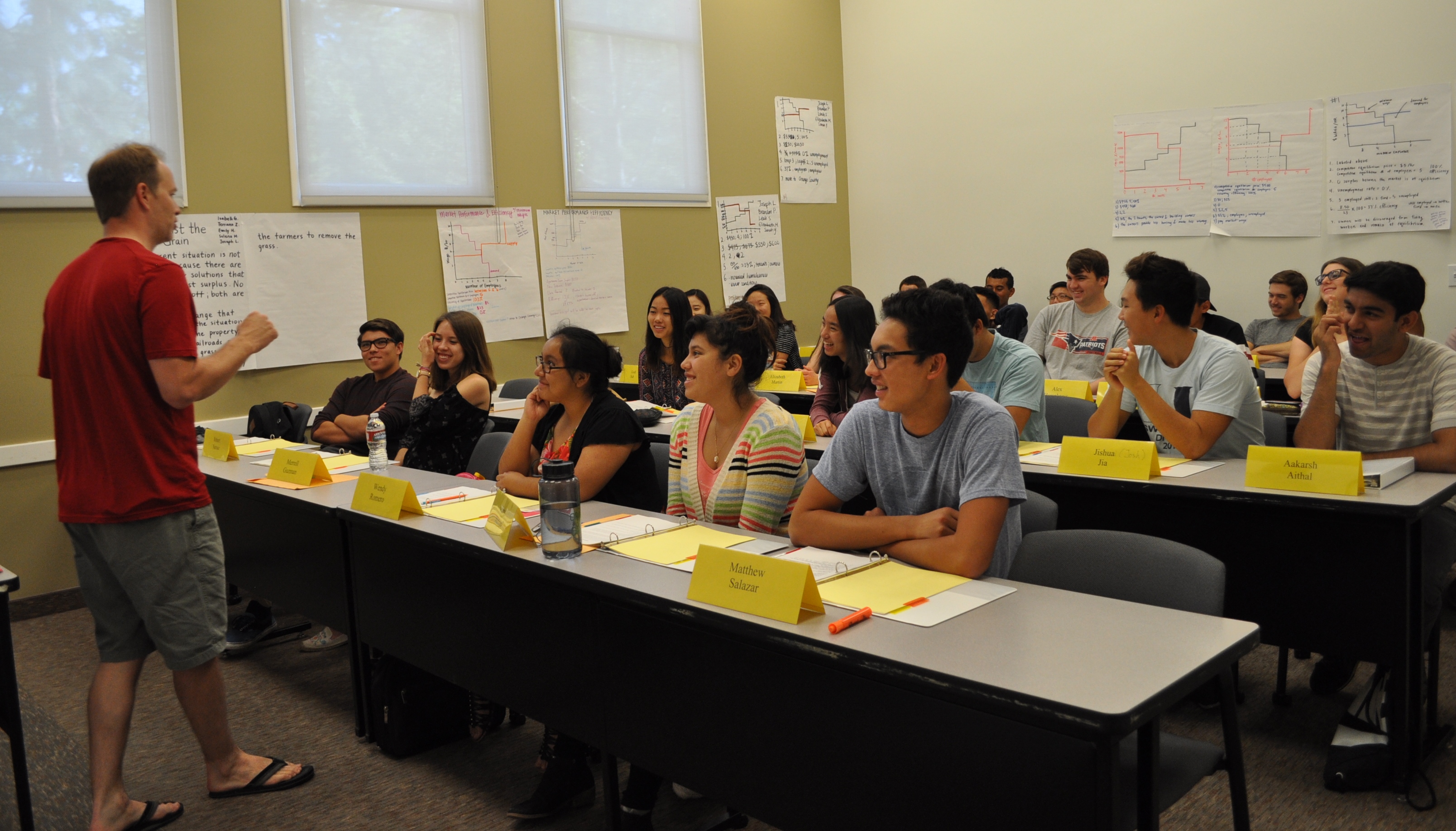 Camp econ on a summer day? These high school students count on it

It was one of those days when Chapman University was drenched in not-too-hot summer sun. The branches on the palm trees adorning Schmid Gate swayed in the light breeze. The hot dog stand in Attalla Piazza was just warming up.

Actually, this bunch really did love it.

“So far it’s been one of the greatest experiences of my life. What’s been so great is that I got to know a lot of people from different parts of the country, plus I’m learning so much more about economics,” said Selena Martinez, a rising senior at Orange High School.

Martinez was among the 26 high school students hailing from as far away as Washington, D.C., to gather on campus in late June for the annual Vernon L. Smith High School Workshop in Experimental Economics. Named for Chapman University Professor Vernon Smith, Ph.D., the workshop exposes students to the principles of experimental economics, for which Smith won the 2002 Nobel Prize in economics. There are even games. Throughout the week students participate in computerized game theory situations that explore issues of trust, fairness and group decision-making.

Kyle W. Hampton, Ph.D., director of the Alaska Center for Economic Education at University of Alaska, Anchorage, teaches the program for Chapman’s
Economic Science Institute
(ESI) each summer. He considers it a bit of a mission to open young students’ eyes to the science. He compares it to seeing natural wonders with more than just a sightseer’s eye.

“Most of us when we drive through Joshua Tree we see the world as it is – these rocks. A geologist sees that world as it was and as it will be. And I really feel that’s the power of enriching our experience with economics. These otherwise totally unconnected ideas and phenomena that we see in the world around us can feel like too much to deal with. And economics gives you a system, a way of looking at that world,” Hampton says.

Wendy Romero, also a rising senior at Orange High School, was starting to get the picture through the workshop games conducted in the ESI lab in Wilkinson Hall. Among the eye-openers was a buyer-seller game that pitted half the students as sellers against the other half as buyers chasing low prices for a product.

“I was a seller. We had to lower our prices,” Romero says. “They put a price cap on the sellers, and after the first round I couldn’t sell.”

She didn’t much like that, but she figured at least she was getting what she bargained for when she signed on for an economics camp.

“I actually wanted to learn more about economics before I got into my senior year,” she said.

So for Romero and her classmates, it’s a great way to spend a few summer days after all.